Today ESCAPE THE FATE releases their new song and music video for “Walk On.” The song will be on their forthcoming album, due out in 2021, and the track is featured on the soundtrack of the upcoming Better Noise Films’ movie, SNO BABIES.

“Walk On” is a rock anthem that builds on the classic ESCAPE THE FATE sound, with catchy vocal melodies, huge guitars, and driving drums.  “Lyrically the new single is a message of positivity,” lead singer Craig Mabbitt says. “‘Walk On’ is a song about recovery, about not giving up when things seem impossible to overcome, it’s always darkest before the dawn and you just need to hold on until the sun rises. Walk on.”

The music video for “Walk On” draws on footage of ESCAPE THE FATE’S past live performances, along with movie footage from the upcoming Better Noise Films debut feature film release SNO BABIES.  SNO BABIES message mirrors that of the track, portraying how easy it is to fall into a pattern of substance use.

The new single is ESCAPE THE FATE’s first release in over 2 years since 2018’s “I Am Human.” 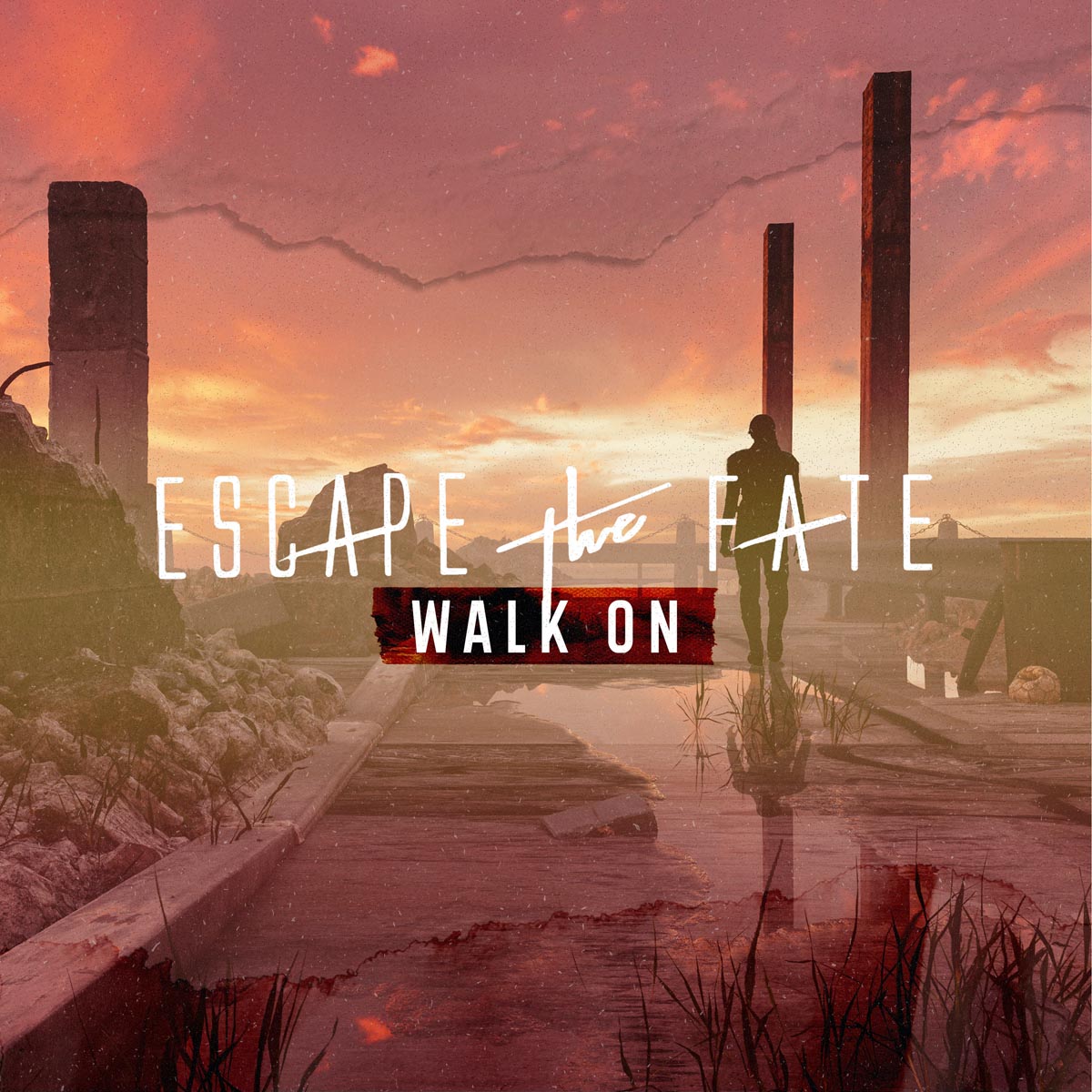 Over a decade into their young career, Craig Mabbitt, Kevin Thrasher, TJ Bell, and Robert Ortiz have been making music and out on the road since before they were old enough to drive. An authentic, visceral, and electric connection with the audience is the heart of what ESCAPE THE FATE is about, whether they are playing at a major rock festival, the legendary Vans Warped Tour or out on the road with Five Finger Death Punch.

The band understands what it means to be broken, from childhood trauma, to the tempestuousness of the music biz, and they know how music can heal. It’s still about a good time, but with a deeper meaning, the kind that empowers listeners to overcome all obstacles. It may be the same lineup, but it’s a brand-new ESCAPE THE FATE.

Produced by A-list producer John Feldmann (5 Seconds Of Summer, The Used) and their own ‘Thrasher’ who has been producing, working with the likes of Travis Barker and Machine Gun Kelly, the new album delivers an arsenal of driving bangers and melodic ballads that are among the best of the hard rock world. Feldmann explains “It was awesome working again with Escape The Fate! Craig is family and incredible in the studio and Thrasher… What a talent! Him coproducing this song with me was a real treat and a real joy…”