UK Epic Doom Metal duo LETHEAN have premiered a new song from forthcoming Cruz Del Sur Music album The Waters of Death. Stream “Time and the Gods” at this location.

To be released on November 9, The Waters Of Death is an epic doom monolith that will appeal to fans of the genre, especially those into Solstice or Atlantean Kodex‘s atmospheres. Accompanied by atmospheric cover art courtesy of German artist Stefan Bleyl, The Waters of Death is an album that details themes of decline, departure and the passage of time, reinforced by diverse imagery drawn from mythology, literature and the elements. Ambitious in scope and rich in the fundamental traits of epic heavy metal, The Waters of Death firmly places LETHEAN into their own category where class, intelligence and a taste for the bold reign supreme.

Formed in Essex in late 2012, LETHEAN‘s stated purpose was to combine epic metal, NWOBHM and doom, along with the lyrical ethos of mortality and time, leveraging imagery from mythology, history and literature. The band’s 2013 debut two-song demo caught the attention of Greek duo Giannis Alexandrakis (WRATHBLADE) and Michalis Bakoulas (CONVIXION) who helped LETHEAN re-record the songs at an Athens studio. However, it was not until the early 2017 addition of vocalist and co-writer Thumri Paavana that LETHEAN started to gain creative traction, sparking the creation of The Waters Of Death 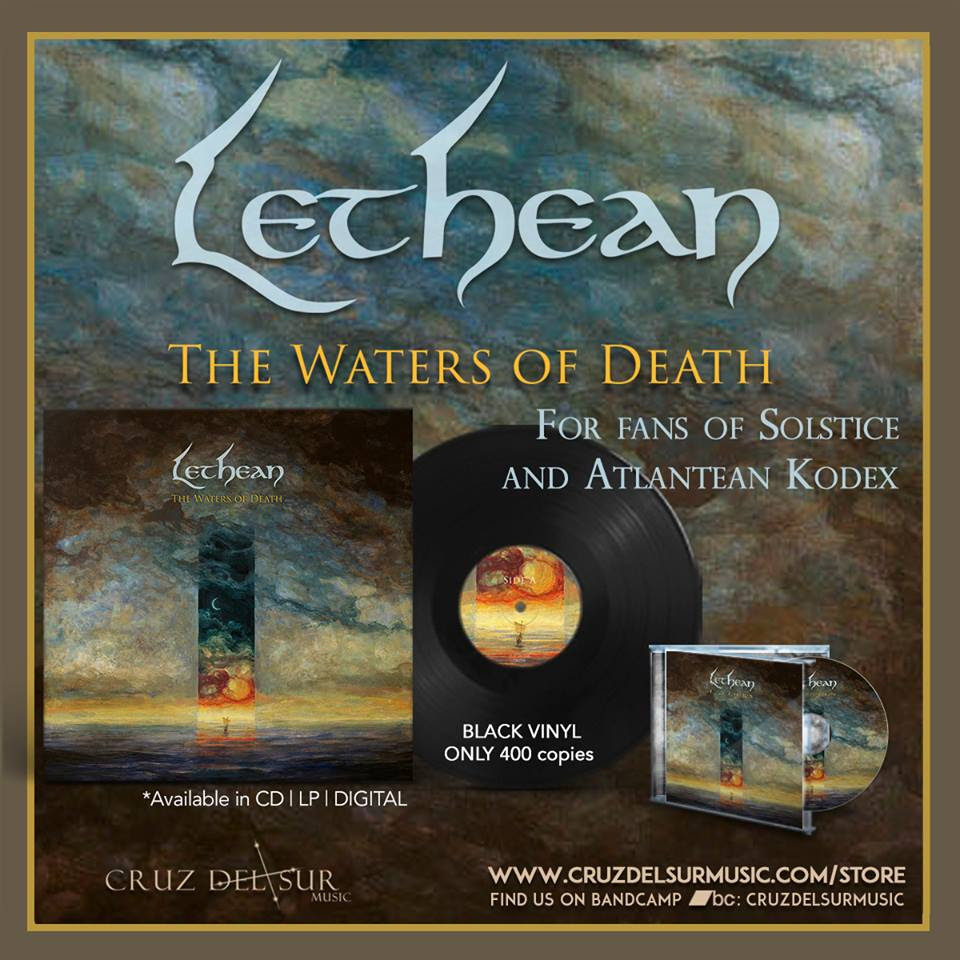 The album is the first product of the fledgling Seven Gates recording studio in Gothenburg, Sweden, with Jamie Elton (ex-AMULET) in the producer’s chair. Recorded in the age-old tradition with microphones in front of loud Marshalls and given an analogue mastering by Jaime Gomez (ANGEL WITCH, PARADISE LOST) of Orgone Studios, London, The Waters Of Death has a traditional tone that sets it apart from highly-polished contemporary metal.