Canadian singer, songwriter and producer Devin Townsend will release “Order Of Magnitude – Empath Live Volume 1” on October 23, a document of his winter 2019 European tour that saw him taking on possibly his most ambitious live show to date.

Today sees the launch of the first clip from the release, and you can watch Devin and the “Empath Volume 1” live band performing the track “Genesis” below.

Devin comments: “Here is the first song we’ve chosen to release from the upcoming DVD concert, ‘Order Of Magnitude’ which was the first volume of my ‘Empath‘ touring band cycle.

“This particular band consisted of ten people onstage, all without click tracks or backing tracks, with the aim of reproducing my work in a new and creative way.

“A lot of what I’ve done in the past has been very structured, and the opportunity to interpret the music with high degrees of improvisation and flow was a fantastic experience.

“This song, ‘Genesis’, from my latest album, ‘Empath‘, seemed an appropriate way to introduce this concert to the audience. It’s kind of an example of ‘musical anarchy’ in some ways — as the song is all over the place structurally to begin with. But to have a chaotic piece of music played by these extraordinary musicians I had the honor of being with in a no-holds-barred production was really cathartic. It was about being free to do whatever we wanted in a time where rigid ideas of what is acceptable or not are stronger than ever.

“I hope you enjoy it. ‘Volume 2’ is next and is in a lot of ways the polar opposite to this, but on my journey of musical exploration, I am grateful for all of it, so thanks again for the support.” 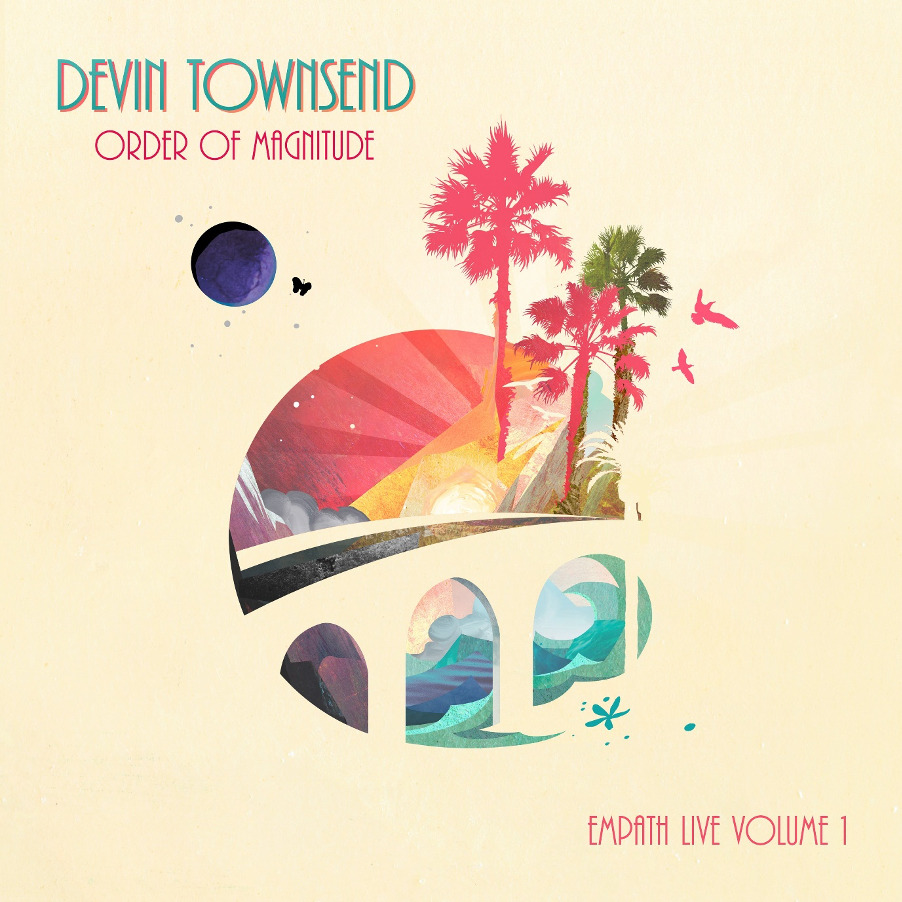 Recorded in December 2019 in London, U.K. on the penultimate night of the tour in support of his latest album “Empath“, this run of shows saw Devin joined by an incredible lineup of musicians. The band was made up of guitarists Mike Kenneally (ex-FRANK ZAPPA) and Markus Reuter (STICK MEN, THE CRIMSON PROJECT), drummer Morgen Agren (KAIPA, MATS & MORGAN, FRANK ZAPPA), bassist Nathan Navarro, HAKEN keyboard player Diego Tejeida, and guitarist/vocalist Ché Aimee Dorval, as well as vocalists Samantha and Anne Preis and Arabella Packford.

Devin‘s plan for the “Empath” touring cycle was to divide it up into three “Volumes,” and this was Volume 1. The idea behind the shows was a simple one: none of the backing tapes or click tracks that had long been necessary to bring the kaleidoscopic cacophony in his head and on his records to life in the flesh. This would just be Townsend and a band of genius-level musicians getting up there and trying to keep it from spinning off into outer space. Or maybe just letting it spin off into outer space for the sheer hell of it.

“The whole objective was that I wanted to make that statement: This is by the seat our pants,” he says. “Because it’s important to me to represent this hyper anal-retentive music that I’ve made over the years, but in a human way. Rather than it just being, ‘Well, here it is, perfectly done.‘

“I was overwhelmed by the fact that all these brilliant people that I have so much respect for were willing to come together and play this weird shit with me,” says Devin. “I had these unique players and this interesting instrumentation that allowed us to interpret the music in different ways. It was clear to me that I could just have fun and be me and know that they would be effortlessly be able to follow that.”

That sense of fun and freedom was evident to anyone who was there on the night. Visually, it was an assault on the senses in the best possible way. A digital screen projected vivid images throughout the show. A giant gleaming mirrorball hung from the ceiling. There were multiple costume changes and a tiki bar onstage (a tiki bar!).

“Order Of Magnitude – Empath Live Volume 1” will be released in the following formats with pre-orders beginning on August 28th HERE:

The Blu-ray disc includes a bonus behind-the-scenes documentary, and both DVD and Blu-ray feature a 5.1 Surround Sound mix.

In June, “Empath – The Ultimate Edition” was released, the definitive version of Devin‘s latest studio album. It features a glorious 5.1 Surround Sound mix with accompanying visuals, plus a host of bonus material including mixing lesson, documentary, as well as a live set filmed during his April 2019 acoustic tour.

The ‘Empath Live Volume 2’ tour would’ve started this year during the European summer festival run, followed by a club tour in November. Whereas “Volume 1” is considered the more mellow/prog version, “Empath Volume 2” encompasses the more ‘heavy songs’ from Devin’s long time career and these were selected by the fans last year though an online poll. This set list would’ve have been played at UK’s Bloodstock Festival, Finland’s Tuska Festival and at Hellfest in France but COVID-19 decided to put a stop to that. Instead Devin has now put in massive efforts to bring the show to his fans via an online stream.

The fan-chosen set is as follow (in no particular order):

Devin explains best in his own words: “So I was thrilled to announce my headlining of Bloodstock this year, and with an eye on doing my first ‘by request’ set that included my entire career, (including SYL and all the DTP albums), I know there were a lot of people that were really excited as well.

But then, as we all know, circumstances prevented that from happening, and that was disappointing as the show was meant to be a pivotal moment in my creative career. But every roadblock is an opportunity for something different so we have come up with a plan to bring you the show in a way I believe will be kind of revolutionary and damned exciting. We have been working tirelessly to bring you a ‘virtual’ concert of the by request set, with musicians playing together, yet all in different parts of the world.

However, I wanted to do something different, not the ‘brady bunch’ type split screen visuals filmed on smartphones, (they are cool, but also not really exciting in my opinion) instead, we have opted to make a full production, filming ourselves separately, playing our instruments live, on greenscreens, with 8 cameras each, (all at the same heights and distances for each of our remote shoots), and then combine these elements on a crazy virtual stage. Its ambitious, but I think the closest to a monster concert as can be achieved this summer =) Considering everyone is scattered throughout the land yet not wanting to ‘let the dream die’ we have stumbled upon something rather amazing I think.

The players are Samus Paulicelli on drums, Wes Hauch on guitar, and Liam Wilson on bass… They have been going crazy learning the material, and we are putting it all together on September 5th, for the most ambitious live stream I think I’ve heard of thus far. We have been dealing with Stageit to avoid any hiccups, and it poised to be rather awesome.

I will be live with it, and you, at this show, answering questions and talking to you throughout, to make it a totally interactive experience that acts not only as a cool way to spend a Saturday, but also as a potentially new way to do concerts entirely. The players I have hired have worked their butts off learning the material, and its going to be one of the coolest things I’ve done in recent memory.

So please consider coming to this, Stageit has allowed the show to be the full 85 minutes, so it will be the full Bloodstock/Tuska/Hellfest set. I can’t actually believe we’re managing to pull off something like this, and there’s a lot involved with it, but it’s worth it to me. It’s not just any ‘quarantine concert’ this one is a quantum leap of sound and visuals. I can’t wait for you to see this, hopefully you’ll consider it.”