On September 22, 2017, DEVIN TOWNSEND PROJECT played a special show at the Ancient Roman Theatre in Plovdiv, Bulgaria, celebrating the 20th anniversary of Devin‘s landmark “Ocean Machine” album in full, as well as a set of fan-requested tracks alongside the Orchestra of Plovdiv State Opera. This concert was filmed, and on July 6, 2018, it will see the light of day as “Ocean Machine – Live at the Ancient Roman Theatre Plovdiv”. The first video to be taken from the live release, a performance of the track “Truth”, can be seen below.

Devin comments: “Plovdiv and this live package represents a lot to me, it signifies the end of one era, and the celebration of another. Amidst a gruelling touring year, this show came together with much blood, sweat, and tears, and the result is the culmination of many aspects of my work on one stage. Ocean Machine was released 20 years ago, and though Marty (drums) is no longer with us, I was able to finally perform the album in its entirety with the original bassist John ‘Squid’ Harder on this night. On a cold evening in an old city in the ancient theatre, many lifelong milestones came to a conclusion on this night and I’m exceptionally proud of it. I am currently writing, writing, and writing some more for the next stage of my life and work, and the team of individuals who contributed to this project, from the musicians in the band and orchestra, to the crews locally and with this, management, artists, filmographers and most importantly, the audience… made this night a powerful and strangely bittersweet moment I am proud to have documented with this work. This is a very special live recording of a very special night, and I hope you enjoy it as a monument to the things that inspired it all in the first place.” 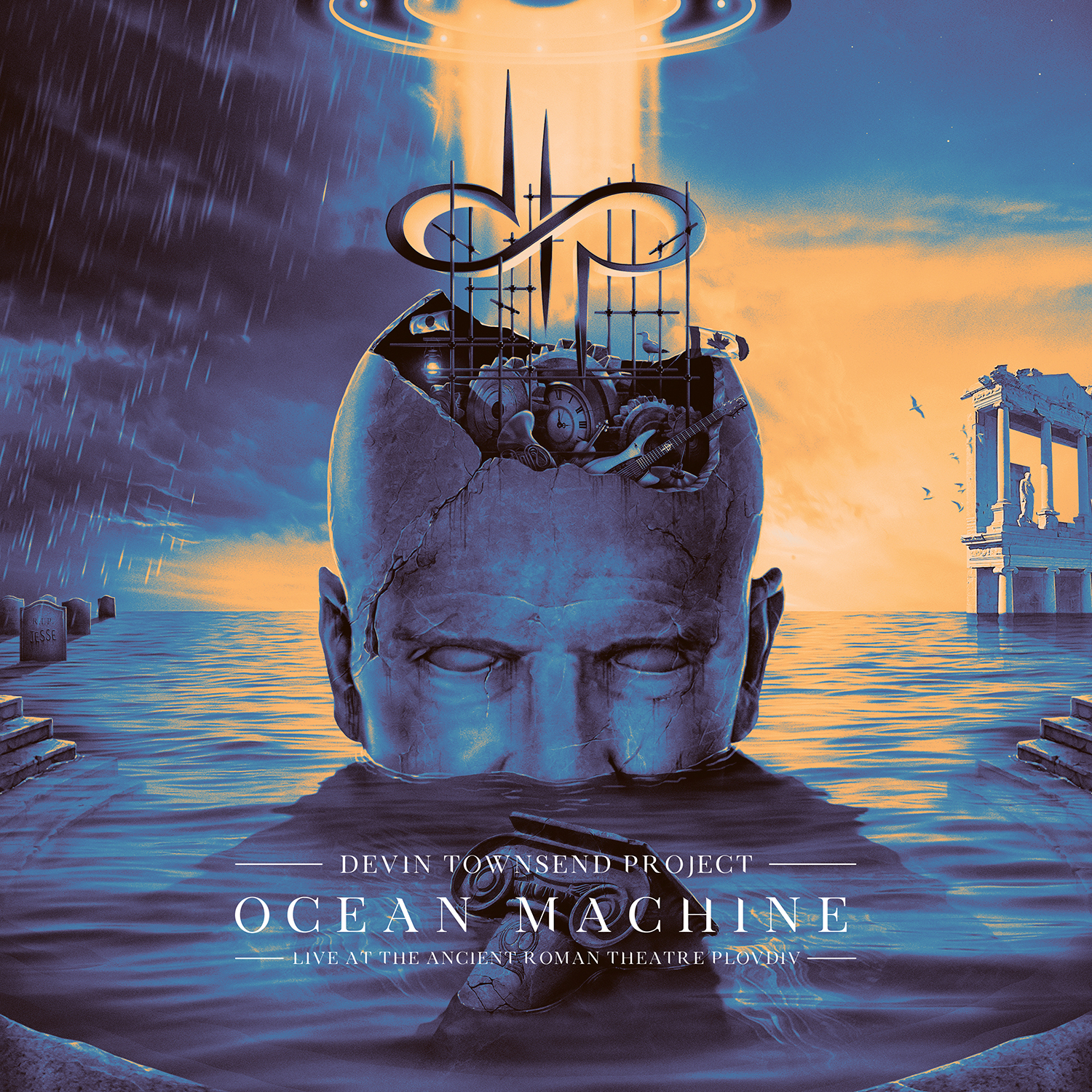 By Request with Orchestra

DEVIN TOWNSEND PROJECT released the much acclaimed ‘Transcendence’ in late 2016, before embarking on one of their biggest world tours ever. This new live release marks the end of an era, as Devin Townsend Project was disbanded in early 2018 to pave the way for Devin to focus on numerous other creative, musical endeavours of which he is currently hard at work on.