Without question, AC/DC is one of the greatest rock bands in history. Their mammoth power chord roar became one of the most influential hard rock sounds of the ’70s and is synonymous to rock culture to this day. It continues to be one of the defining sounds of rock and metal, and combined with the larynx-shredding vocals of Bon Scott (1974 – 1980) and Brian Johnson (1980+), the band enjoyed commercial success well into the 2000s, even up until 2016 selling out stadium shows across the globe.

“Let There Be Rock – Orchestrated” is a world first and brings to light a unique production scale that brings the thunderstruck sounds of AC/DC in to a world all of its own, featuring a line-up of some of the world’s best rockers coming together to form a super group and backed by a 30-piece symphony orchestra to power out the biggest sound ever created! As previously announced, this unique concert event will hit four stages in Australia this year in Melbourne, Perth, Sydney and Thirroul.

The team behind “Let There Be Rock” is pleased to announce that next year, on January 19, 2019, “Let There Be Rock – Orchestrated” will bring down the house at the one and only currently scheduled U.S. event, taking place at the Belasco Theater in Los Angeles (just before the 2019 NAMM show). Tickets are on sale now via Eventbride at this location. A VIP meet-and-greet is also available to attendees and can be purchased via the Eventbrite link above. The meet-and-greet will take place post-show and will include a photo op with the entire all-star band, plus early entry into the theater for prime viewing position selection!

At “Let There Be Rock” attendees will hear the full orchestrated rock arrangements of many AC/DC classics, including “Highway To Hell”, “You Shook Me All Night”, “T.N.T.”, “Whole Lotta Rosie” and so many more in this two-hour concert production. Imagine “Back in Black”, the seminal anthem of generations, with the power of the 30-piece symphony orchestra conducted by Australia’s most celebrated conductor — George Ellis, behind one of the most rocking super bands assembled! 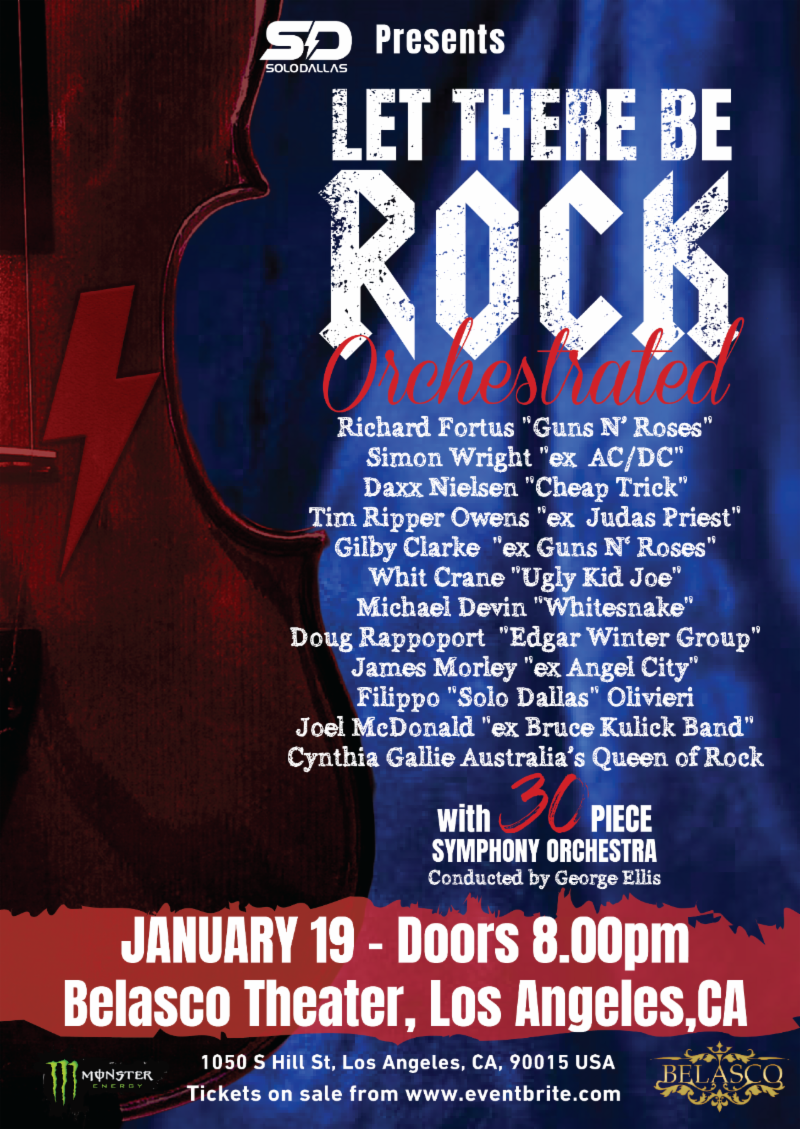