DOWN ‘N’ OUTZ, the project headed up by DEF LEPPARD front-man and 2019 Rock And Roll Hall Of Fame inductee Joe Elliott, is set to release its third studio album, This Is How We Roll, on October 11 via UMC.

The band, featuring THE QUIREBOYS‘ Paul Guerin (guitar), Guy Griffin (guitar) and Keith Weir (keyboards), plus Share Ross (bass, VIXEN) and Phil Martini (drums, WAYWARD SONS), takes a different approach on “This Is How We Roll” to its previous album. This new album only features one cover version — THE TUBES‘ “White Punks On Dope” — alongside 11 original Elliott-penned tracks.

Griffin says: “‘This Is How We Roll’ is absolutely fantastic, probably one of the best records I’ve worked on. It doesn’t sound like LEPPARD or the first two DOWN ‘N’ OUTZ records. It’s kind of all the stuff Joe grew up with, a lot of piano-type stuff, a bit Elton John, one track a bit 10CC, a couple of good rockers… a real mix of stuff. Joe‘s voice sounds amazing and it’s great fun to do.”

Elliott says: “Boy, has this has been a long time coming?! Recorded in infrequent bursts of activity over a five-year period whenever our respective motherships allowed, I’m extremely proud of what we’ve achieved with this album. I’m blessed to have worked with such a superb bunch of musicians on this collection of songs. To a man, and woman (!), they completely got my vision of what I wanted us to convey on this record and, as usual, working with a world-class producer/engineer in Ronan McHugh, has guaranteed the sound of the record to be top-notch! I couldn’t be more proud.”

Along with the announcement of the new studio album, DOWN ‘N’ OUTZ has released the title track and lead single, “This Is How We Roll”, which can be heard below. From breathless opener “Another Man’s War” to the lush “Last Man Standing”, to the epic six-minute “Let It Shine”, this is an album that draws on all the influences that have shaped both Joe Elliott and the previous DOWN ‘N’ OUTZ albums to create a stunning collection of original songs. 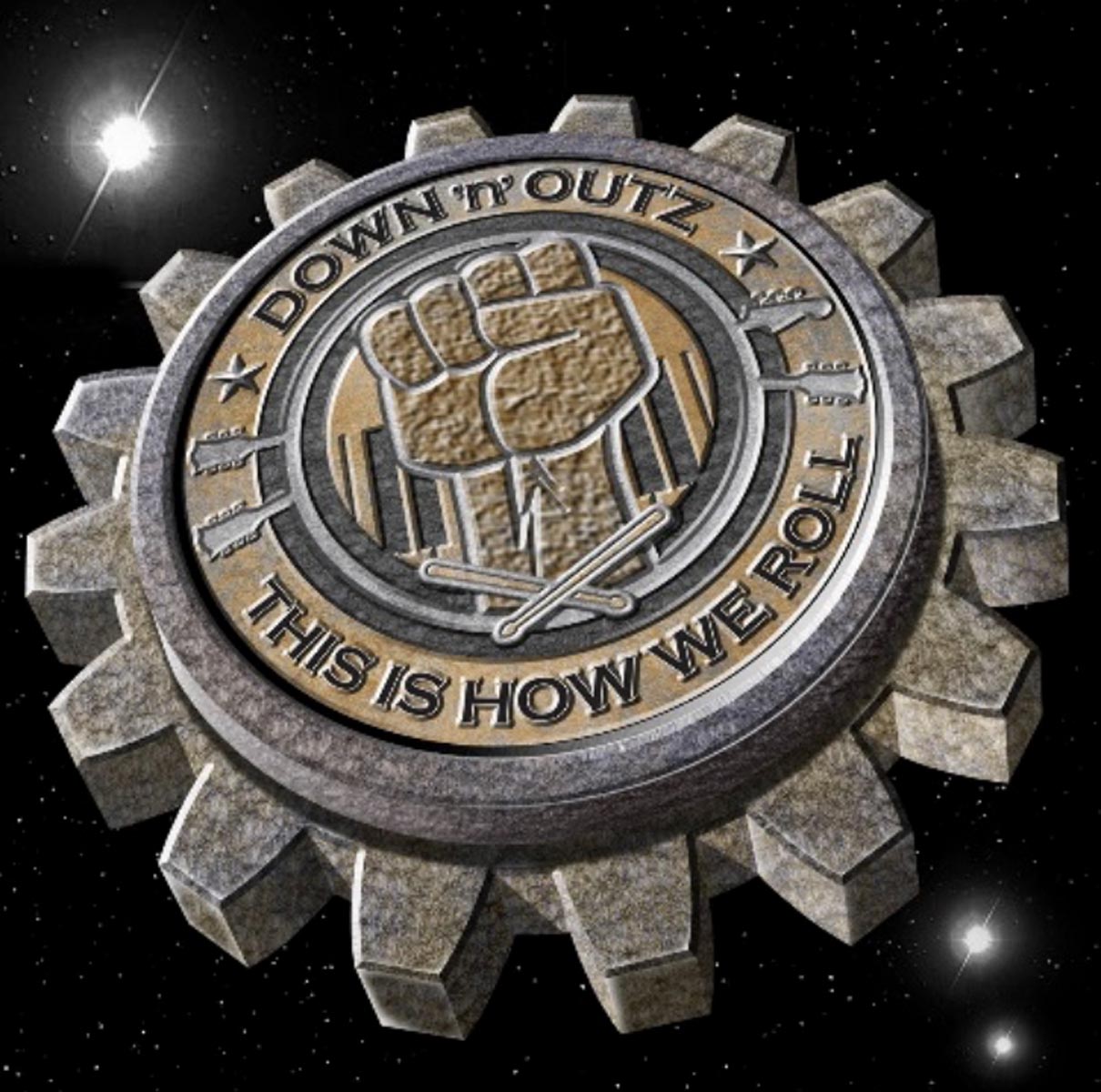 “This Is How We Roll” Album Artwork

This Is How We Roll was produced by Joe Elliott with co-production by Ronan McHugh. The album was recorded at Joe Elliott‘s own studio Joe’s Garage. The album will be available on CD, LP, digitally and also on limited-edition 12-inch picture disc LP.

The DOWN ‘N’ OUTZ project was born in 2009 when MOTT THE HOOPLE reformed and asked long-time friend and fan Elliott to get involved. Joe formed the DOWN ‘N’ OUTZ with Paul, Guy, Keith and Phil. Together they looked to bring songs by MOTT THE HOOPLE and spin off projects of MOTT, Ian Hunter and BRITISH LIONS to a wider audience.

In 2009, DOWN ‘N’ OUTZ supported MOTT THE HOOPLE at one of the band’s five Hammersmith Apollo shows. The fan interest eventually led to the band looking to put together an album and. 2011 saw the release of the critically acclaimed debut My Re-Generation through Mailboat Records (Joe Perry, Walter Becker, Chris Isaak, Jeff Bridges). My Re-Generation included the singles “England Rocks” and “Overnight Angels” that reached No. 4 and No. 1, respectively, on the U.S. Mediabase rock chart — keeping Eric Clapton‘s new single off the top of the chart for two weeks. The band then released a live DVD taken from those initial shows called Live At Hammersmith Apollo. A second studio album, The Further Adventures Of…, was released in 2014 and featured the single “Rock And Roll Queen”. New bassist Share Ross debuted on 2017’s live album and DVD The Further Live Adventures Of…

A stunning live act — having toured with the likes of Paul Rodgers across the U.K. (including the Royal Albert Hall) and festival performances including High Voltage and Planet Rockstock, DOWN ‘N’ OUTZ is planning live dates to support This Is How We Roll.

This Is How We Roll track listing: