All albums have been cut from new digital transfers of the original master tapes at Abbey Road Studios, cut to heavyweight 180-gram purple vinyl. Artwork has been faithfully replicated to match the original pressings in conjunction with the band. All vinyl albums also come with download codes and is next in a lineup of classic DEEP PURPLE reissues coming from Universal Music.

Pre-order an exclusive bundle of all 8-albums at this location. Pre-order the albums individually from here. All albums will be released on September 7.

DEEP PURPLE drummer Ian Paice said: “These albums were recorded in the ‘analog age,’ that is before digital CDs. We went from recording tape to master cutting room to pressing plant, all of these mechanical processes, and its right that the listener should have the choice to listen to them via another mechanical process. By placing a needle on an ‘album’ on a turntable.” 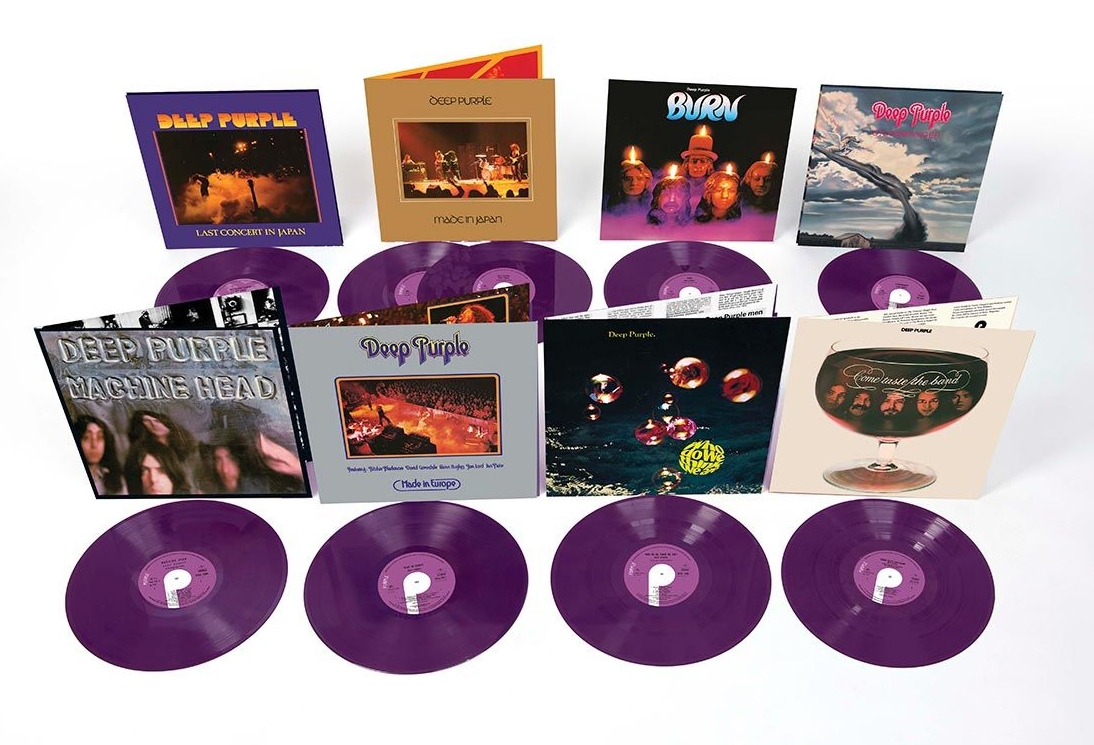 Machine Head was a cornerstone rock album featuring the timeless ‘Smoke On The Water’ and ‘Highway Star,’ while Who Do We Think We Are?, which included ‘Woman From Tokyo,’ captured the last performances by Purple’s Mk II line-up until 1984. Burn marked the arrival of David Coverdale and Glenn Hughes, with the title track and ‘Might Just Take Your Life’ among its highlights. Stormbringer, from just a few months later, was Ritchie Blackmore’s last Purple album until the 1984 reunion.

Come Taste The Band showcased the guitar mastery of Tommy Bolin, while Made In Japan, recorded in Osaka and Tokyo, remains one of the definitive live albums of all time. Made In Europe, taped in Paris, Graz and Saarbrücken, was the last release by the Coverdale-fronted line-up, while Last Concert In Japan captured the final performance by the Mk IV version of the group, in Tokyo.