Californian death metal pioneers POSSESSED will release their first full-length album in over three decades on May 10 via Nuclear Blast. The first name in Death Metal POSSESSED have revealed the title of their first album in over 3 decades, Revelations of Oblivion. To celebrate their return, the band offer fans a visualizer for the first single, “No More Room In Hell” which can be seen below.

“This album from start to release has been a fantastic experience. All of us in Possessed hope you enjoy this newest release and we look forward to touring and creating much more new music in the future. We appreciate all of your support and dedication. Hope to see you during our upcoming tours & shows soon. Thank you to each and every one of you for your inspiration and dedication to Possessed.”  said Jeff Becerra.

Revelations Of Oblivion was recorded at NRG studios and Titan Studios with Jeff Becerra as executive producer and Daniel Gonzalez as co-producer for the album. Mixing and mastering was handled by Peter Tägtgren (HYPOCRISY, PAIN, BLOODBATH) at Abyss Studios in Sweden. For the artwork, the band enlisted Polish artist Zbigniew Bielak (PARADISE LOST, ABSU, DEICIDE, GHOST, GORGUTS) to create a piece that brought back the notion of true fear that was once associated with the idea of evil. 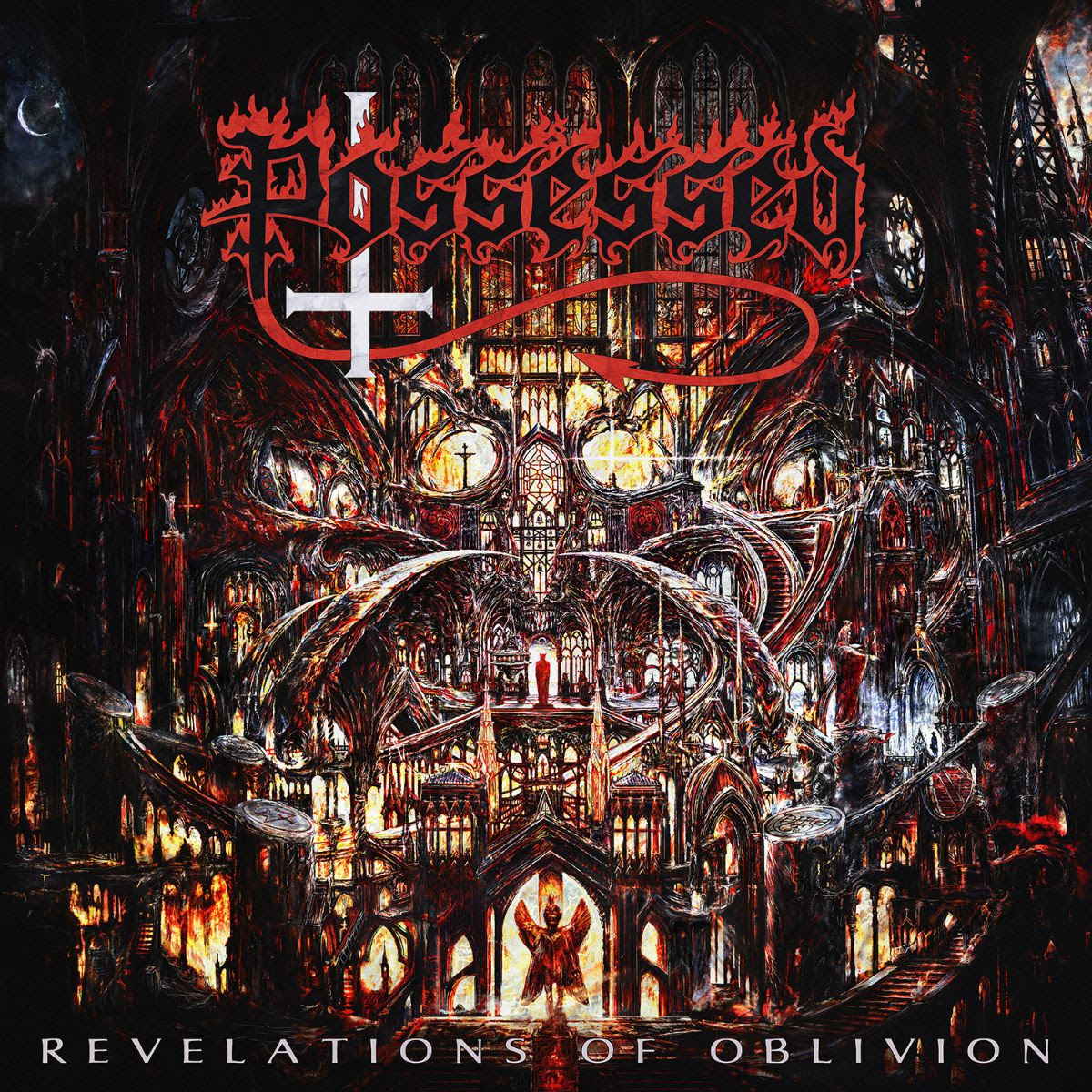 “Working with Peter was a fantastic experience. We put a great deal of thought into who we wanted to produce our new album. Since we hadn’t made an all-new material release in well over 30 years, it was essential that we found the right person. Peter’s name kept coming up over and over, and after speaking with my bandmates they all really liked Peter as he is more organic, and somebody we felt would fit in well with our process.”

Revelations Of Oblivion will be available as the following:

Pre-order Revelations Of Oblivion in the format of our choice here.