“The Enigma Years 1987-1990” is the name of a CD box set from San Francisco Bay Area metallers DEATH ANGEL, featuring the albums “The Ultra-Violence” (including the Kirk Hammett-produced “Kill As One” demo) , “Frolic Through The Park”, “Fall From Grace” and “Rarities” in a four-CD wallet, which will be released via Nuclear Blast this October 2nd.

Hailing from the same Bay Area thrash metal scene that gave us METALLICA, EXODUS and TESTAMENT, DEATH ANGEL was originally formed in 1982 by lead guitarist Rob Cavestany with cousins Dennis Pepa (bass), Gus Pepa (guitar) and Andy Galeon (drums). Joined by singer Mark Osegueda, their self-explanatory 1983 tape “Heavy Metal Insanity” demonstrated the influence of the NWOBHM movement in the U.K., such as IRON MAIDEN and TYGERS OF PAN TANG, common with many of their American thrash metal peers.

Building up a loyal cult following, their “Kill As One” demo was produced by METALLICA‘s Kirk Hammett, and is included here as a bonus on CD One. “Kill As One” led to a record deal with Enigma Records, who released their debut album, “The Ultra-Violence”, in 1987. Produced by the band along with VAIN‘s Davy Vain, it was called “quite possibly the finest thrash album ever made” by Kerrang! magazine’s Geoff Barton. Kerrang!‘s KKKK1/2 review rightly reckoned that they “play so goddamn fast, yet with a touch of METALLICA-style subtlety thrown in.”

The Kerrang! review of DEATH ANGEL‘s second Enigma album, 1988’s “Frolic Through The Park”, stated that it was “an album of depth and color, with a variety of moods and textures unheard of among nearly all thrash and certainly not expected of a band on their second effort,” and the album, “showcases a DEATH ANGEL that’s not afraid to experiment or change what was a winning formula”. That’s not to say that “3rd Floor” and “Guilty Of Innocence” don’t thrash along at a suitably demonic pace, but also finding room to slow down for “Confused” or enter IRON MAIDEN-esque epic territory with “Shores Of Sin”. They even made space for a cover of KISS classic “Cold Gin”. Bonus tracks are “Dehumanization”, “Silent Killer” and “Witches Of Knave”. 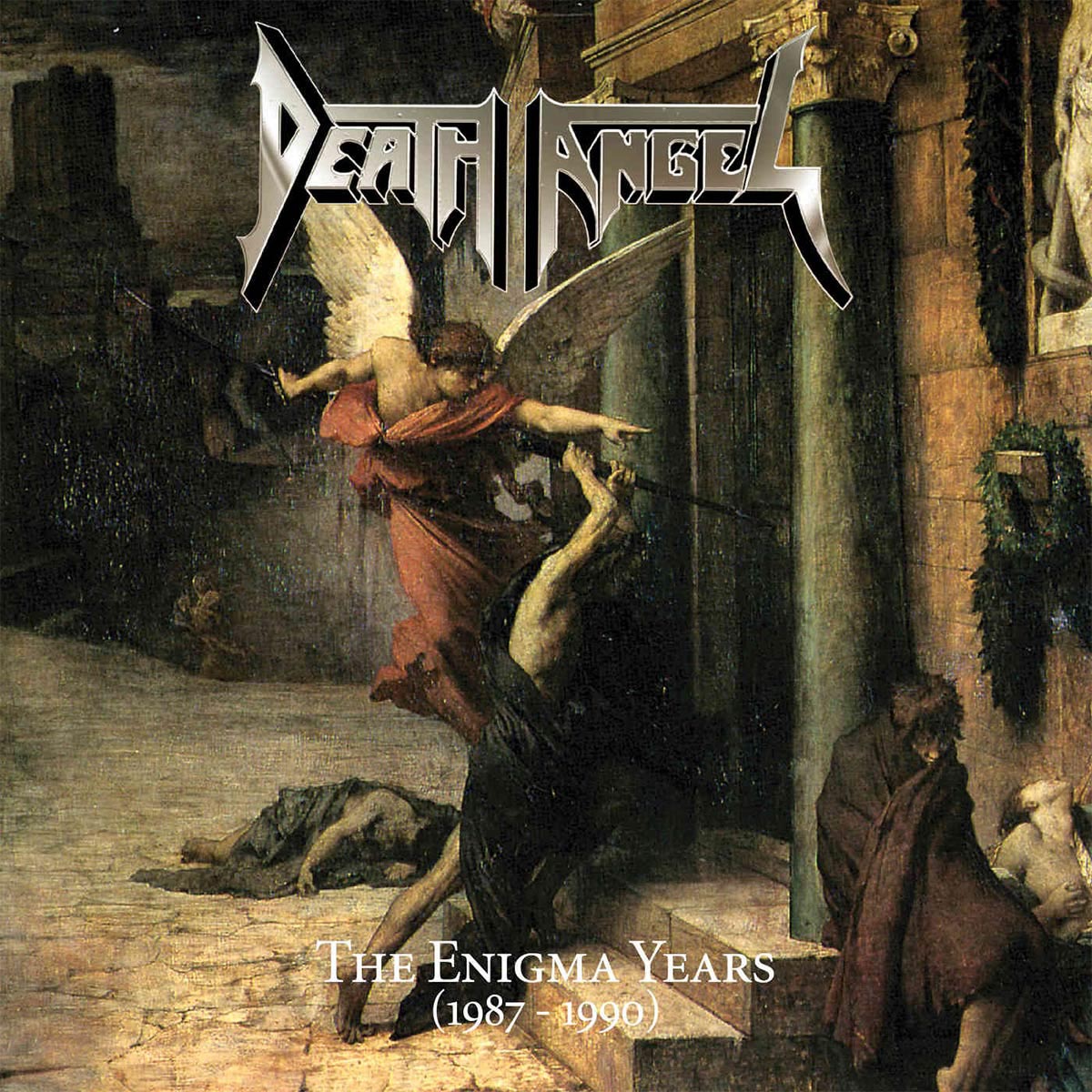 Jumping ship to Geffen in 1990, Enigma released the unsanctioned live show “Fall From Grace” in 1990, recorded on stage at the famed Paradiso venue in Amsterdam in 1988. A set based around DEATH ANGEL‘s first two albums, including “Evil Priest”, “Mistress Of Pain”, “Final Death” and “3rd Floor” — previously only available as a rare, Japan-only bonus track — has been included here.

In 2005, DEATH ANGEL allowed their personal archive of master tapes, and even cassettes to be raided for a collection of unreleased demos and rehearsals that go right back to their earliest recordings; collected here on CD 4 as “Rarities”.

The success of “Frolic Through The Park” led to a more lucrative offer from Geffen, then enjoying huge commercial success with WHITESNAKE and GUNS N’ ROSES, soon to be followed by NIRVANA. But a near-fatal crash while on tour leaving Galeon seriously injured, directly led to the band’s split in 1991. They reformed ten years later in 2001, touring and recording new albums from thereon to the present day.

“Kill As One” demo