“Like so many other live event producers, we have been severely impacted by COVID-19,” says DWP chief marketing officer Chamie McCurry. “We miss our festival experience and we know our fans do too, so we wanted to take this opportunity to offer some unique and original content rooted in our rock & roll lifestyle.”

Danny Wimmer Presents adds: “Since 2020 has not panned out as planned with the highly anticipated dual-headlining performances by METALLICA, DWP thought of no better way to kick-off Offstage With DWP this Friday at 7 pm ET than by featuring a full headlining set from METALLICA‘s incredible sold-out performance at MAPFRE Stadium in Columbus, OH in May 2017. Throw on your favorite MET merch, schedule a virtual watching party with your fellow metalheads, and get ready to rock out for over two hours with the world’s biggest rock band.

“This is just the beginning of Offstage with DWP. While we can’t wait to see you all, and celebrate our love of the live experience with everyone, we know Offstage with DWP will fill the void until we meet again! Stay safe, well and rock on.”

Visit the “Offstage With DWP” blog at this location. 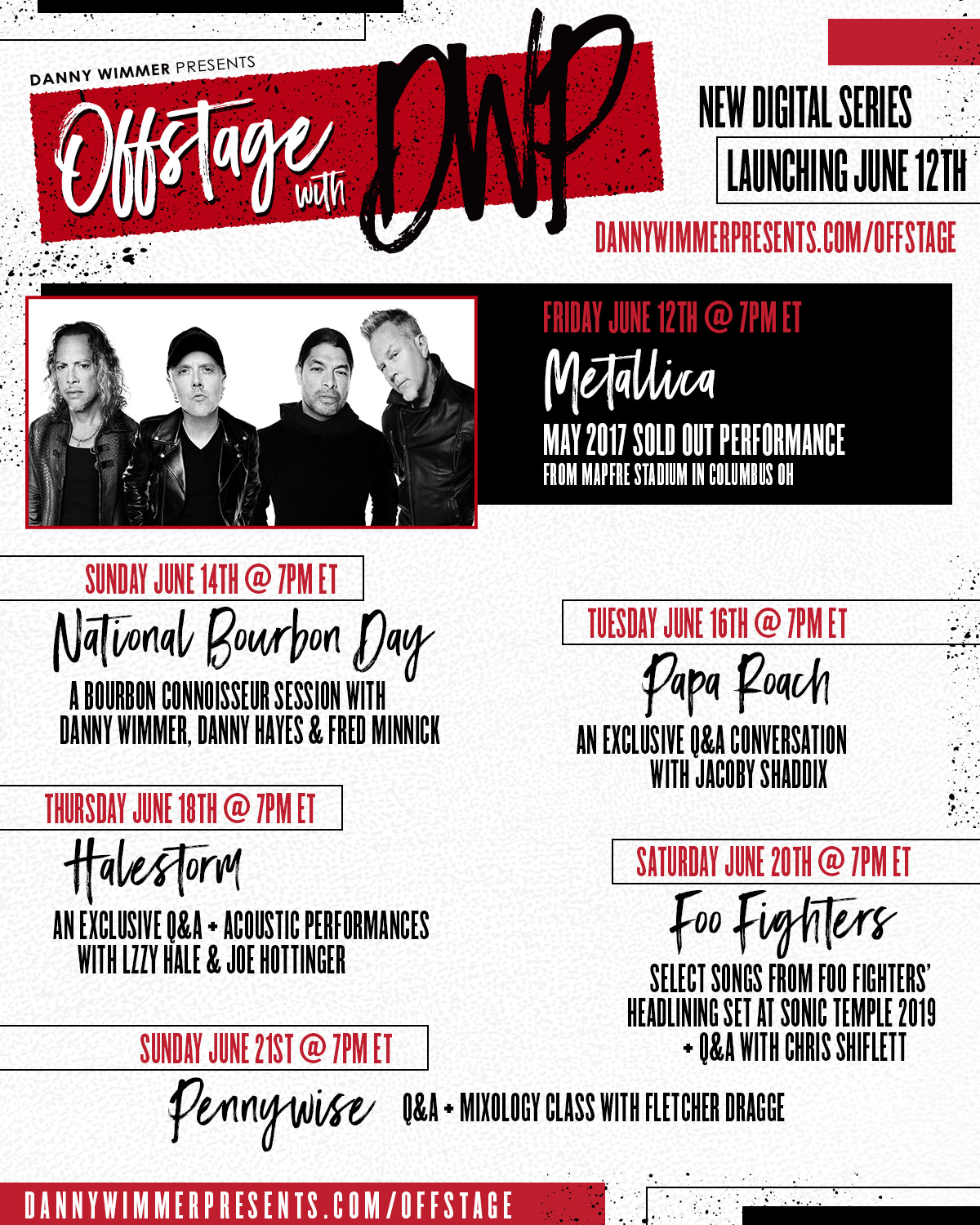