The clip captures front man Brandon Yeagley as he navigates multiple settings while exhibiting questionable behavior towards the various characters he comes in contact with.  Accompanied by a high energy band performance, CROBOT have simply mastered the art of creating compelling, entertaining music videos. The track shows the scope of this expanded palette. Featuring chunky guitars and a howling hook, it sees the band co-write with Johnny Andrews and deliver a bold banger. “It’s a song we never would’ve written by ourselves,” Chris continues. “That makes it cool. It took us out of our comfort zone.” “It’s an anthem about this outside perspective on the definition of a lowlife,” explains Brandon. “There’s a misconception that being a touring musician without a lot of money makes you a lowlife, but how is that really any different from the rest of the world? And, if that does make you a lowlife, we’re okay with it!”

CROBOT continues to fill a void. Since emerging in 2011, the group has quietly cemented itself among the rising rock vanguard. Following the 2012 debut Legend Of The Spaceborne Killer and 2014’s Something Supernatural, the musicians made waves with Welcome To Fat City in 2016. Along the way, CROBOT toured with the likes of ANTHRAX, CLUTCH, BLACK LABEL SOCIETY, VOLBEAT, CHEVELLE, MOTÖRHEAD, THE SWORD, and more in addition to appearing on ShipRocked and at numerous other festivals.

During late 2017, the boys started to write what would become Motherbrain. Signing to Mascot, the group went from writing at Chris‘s spot in Austin, Texas to Marietta, Georgia where they holed up in the studio with Corey Lowery (SEETHER, SAINT ASONIA) for a month. The producer’s direction to embrace the dark side took life, while Brandon produced some of the most emotive recordings CROBOT has delivered to date. 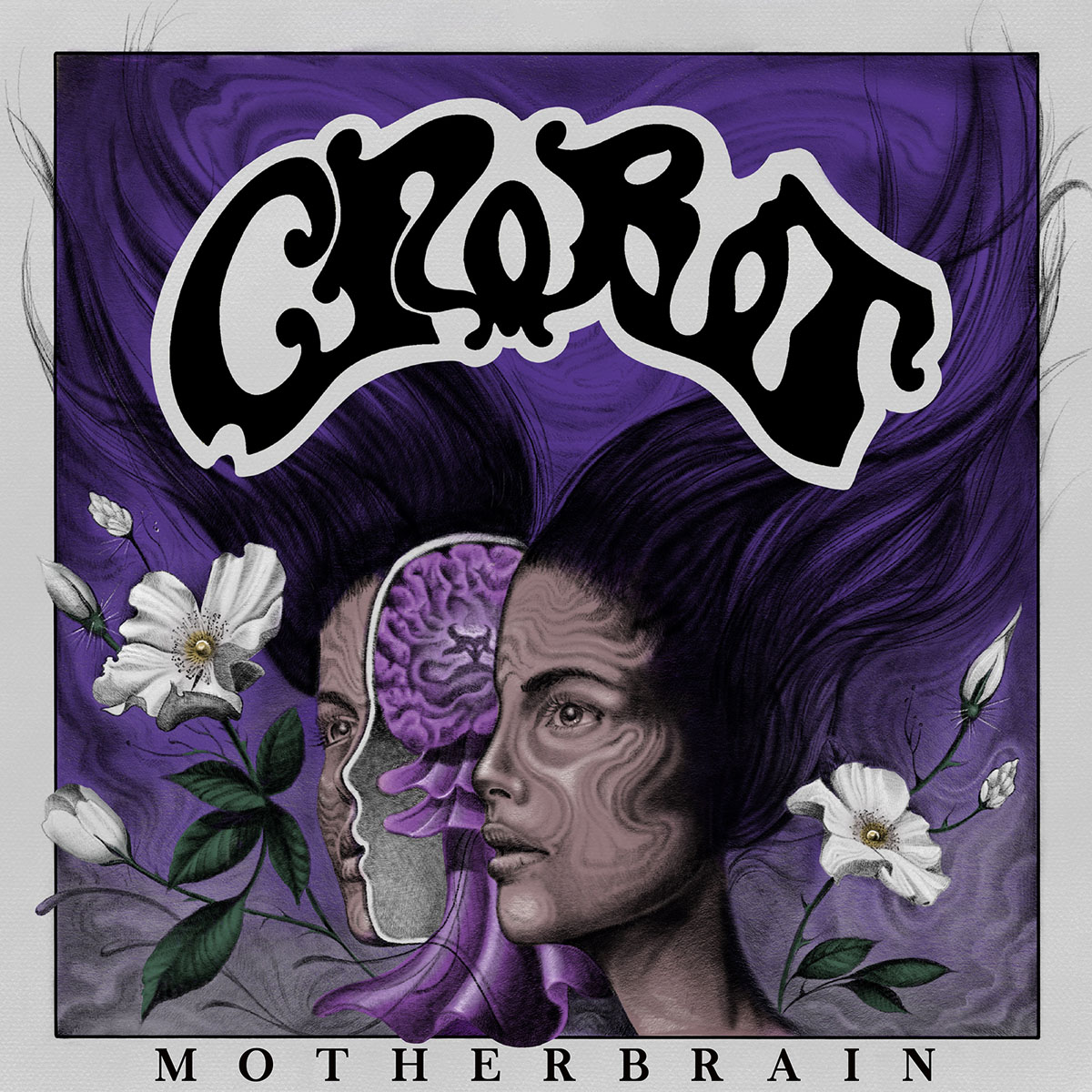 “I think it’s a much darker record, musically, lyrically, and thematically,” says the front man. “It’s some of the heaviest material we’ve ever done, but it’s also some of the funkiest. We’re widening the CROBOT spectrum even more. It’s the catchiest too. It’s less about wizards and dragons and more about everyday turmoil and the struggles of life. Corey made it digestible and appealing for not just dudes with beards or chicks with dicks.”

“When we were making the record, it was all about ‘meat, strings, and emotion,'” affirms Chris. “It explains the thought process. We’d usually start the day with chicken biscuits from Chik-fil-A. Obviously, I would play the strings. The emotion comes from the sheer power of me playing.” Yeagley adds, “It had nothing to do with the chicken biscuits.”

Co-written by Brian Vodinh of 10 YEARS, “Burn” nods to the power of STONE TEMPLE PILOTS‘ “Dead and Bloated”,and siphons it through a CROBOT filter. Elsewhere, “Drown” tempers a muscular groove with a magnetic melody, while the funkiest song of the bunch “Alpha Dawg” pays homage to a funky werewolf mofo inspired by “Teen Wolf”. Then, there’s “Stoning The Devil”. So catchy it might be Satanic, the tune flips tradition upside down.

“I wanted a different spin on the act of stoning the devil,” states Brandon. “Muslims take a pilgrimage to Mecca in Saudi Arabia to throw stones at these pillars. The act is supposed to ward off evil spirits and cleanse one’s soul. It’s a different culture for the devil’s story-line in our genre. When people hear this, I hope they say, ‘Yeah, that’s CROBOT‘,” the front-man leaves off. “We want to maintain our identity from record to record. We always want to be genuine. It’s going to evolve, but it will always be CROBOT.”