’70s classic rock legends CACTUS will release their new album, “Tightrope”, on April 2 via Cleopatra Records. The effort will be made available on digipak CD, a deluxe 2LP set with a gatefold jacket and colored vinyl, and, of course, digital platforms everywhere.

CACTUS came to be known as “the American LED ZEPPELIN,” a moniker they owned by virtue of their explosive blues rock stylings, subdued yet undeniably brilliant musicianship, not to mention their energetic and vivacious stage presence which made them a staple of arena rock venues around the globe. Now the band has returned with a smashing new album called “Tightrope” that strikes a delicate balance between powerful, driving rockers and more complex, heady album tracks. Still led by iconic drummer Carmine Appice alongside longtime members Jimmy Kunes on vocals and Randy Pratt on harmonica, “Tightrope” is, according to Appice, “one of the best CACTUS albums we’ve ever done. From playing to production and songs, we really took a step up.” They are joined by new lead guitarist/vocalist Paul Warren (ex-Rod Stewart, Tina Turner, Joe Cocker) and James Caputo on bass. “Tightrope” will also give longtime CACTUS fans a reason to cheer as it includes special guest appearances from original CACTUS guitarist Jim McCarty and singer Phil Naro. 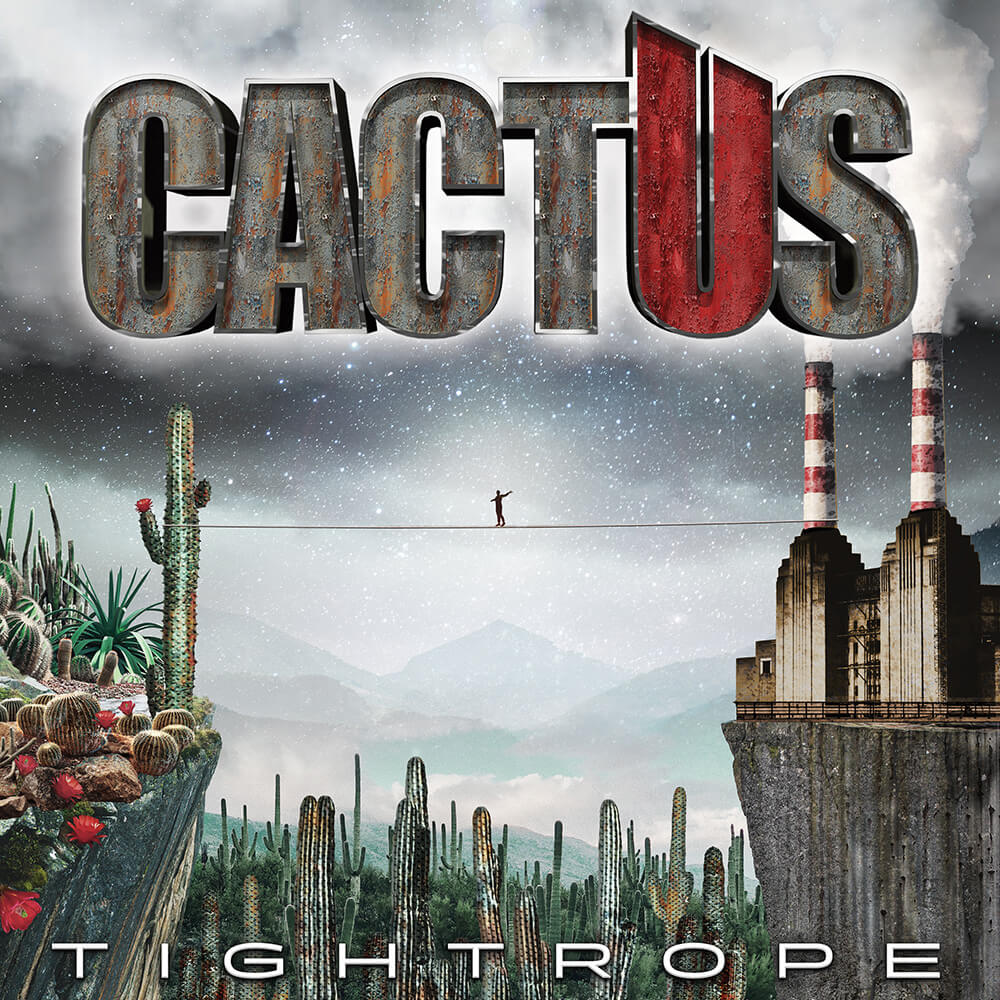 CACTUS has had a long and turbulent history. Formed in 1970 from the ashes of VANILLA FUDGE by Carmine Appice and Tim Bogert, the initial lineup also featured McCarty and vocalist Rusty Day. (Appice and Bogert had originally planned a new band with Jeff Beck which was put off until 1973, because of Beck‘s near-fatal car crash in 1969.) Jim McCarty had come from MITCH RYDER & THE DETROIT WHEELS and was playing with THE BUDDY MILES EXPRESS. Tim and Carmine also found vocalist Day in THE AMBOY DUKES with Ted Nugent. Together, the four musicians formed CACTUS, named after the peyote cactus, which provided a key ingredient in mind-altering drugs.

While CACTUS saw success from the start and soon built a loyal fan base, by early 1973, the band had collapsed mainly due to lack of real support from its label, and the fact that Beck was now ready play with Carmine and Tim. It would not be until 2006, three decades after the tragic death of Rusty Day, that the group reformed with Pratt and Kunes. When Tim Bogert was forced into retirement after a serious motorcycle accident, Pete Bremy jumped in both in CACTUS and VANILLA FUDGE.