Heavy metal coven BURNING WITCHES are proud to release not only the title track of their upcoming new studio album, “The Witch Of The North” but also their first-ever high-quality music video to go along with it. And they couldn’t have chosen a better date for the release of this new single: it coincides with Walpurgis Night, the traditional night of the witches, deeply rooted in Central and Northern European folklore.

While the song “The Witch Of The North” showcases BURNING WITCHES at their heaviest and features their most anthemic chorus to date, its music video brings the stunning album cover artwork by Claudio Bergamín to life. Witness the forest witch conjure a demon warrior out of the flames and lead it into battle. Sorcery, swordplay, fire & blood – it doesn’t get more METAL than this!

BURNING WITCHES comment on the video: “It was a big dream of us, to finally produce a video clip with an acclaimed company like Grupa 13 and a bit of a bigger budget. The title track of the new album was the perfect song to transpose visually, it is not a typical single, it is more of an epic grower. This way we have visually reflected the song for eternity! We hope you will love it as much as we do!”

Few bands in recent memory have established themselves as quickly as BURNING WITCHES, and few are able to write such timeless, grand tunes with somnambulistic ease; carrying Judas Priest in their hearts without becoming overly nostalgic, whilst rapidly developing their own unique voice. “We’re not really into bigger experiments,” confesses guitarist and main songwriter Romana. “We’re all burning for classic metal like Maiden, Priest and Slayer. For me nothing’s better than this kind of music, so Burning Witches will always stay true to themselves.”

Now, the WITCHES opened a particularly gripping page in their grimoire: an album forged in the fires of a pandemic, created with patience, finesse and pitch-black lifeblood during a time in which even the Swiss/Dutch coven had to retreat into the isolation and quietness of the dark woods. Right there they hatched new spells and new ways of weaving their potent magic into the world. For Freya, for the druidesses, for the witches as past, present and future.

Following 2020’s “Dance Of The Devil”, which charted at #22 in Germany, and the “Circle Of Five” EP, vocalist Laura Guldemond, guitarists Romana Kalkuhl and Larissa Ernst, bassist Jeanine Grob and drummer Lala Frischknecht notably upped the ante on “The Witch Of The North”, delivering their most dynamic, intricate and powerful album thus far. Perfectly mixed and mastered by V.O. Pulver and produced by German thrash titan Schmier (DESTRUCTION), the LP sees BURNING WITCHES stick to their irrefutable 1980s influences (JUDAS PRIEST, IRON MAIDEN, DIO, ACCEPT, WARLOCK, W.A.S.P., etc.) and inject irresistible energy and a refreshing vibe, topping it off with classic art by Claudio Bergamín (who illustrated JUDAS PRIEST‘s triumphant “Firepower”). From the epic title track to the album’s catchiest anthem “We Stand As One“ over to the ballad “Lady Of The Woods“ and speedy riff attacks like “Thrall”, “Flight Of The Valkyries” and “Nine Worlds”, “The Witch Of The North” marks a new highlight in the band’s career, with vocalist Laura brilliantly shifting from aggressive to seductive with ease.

Pre-order “The Witch of the North” here. 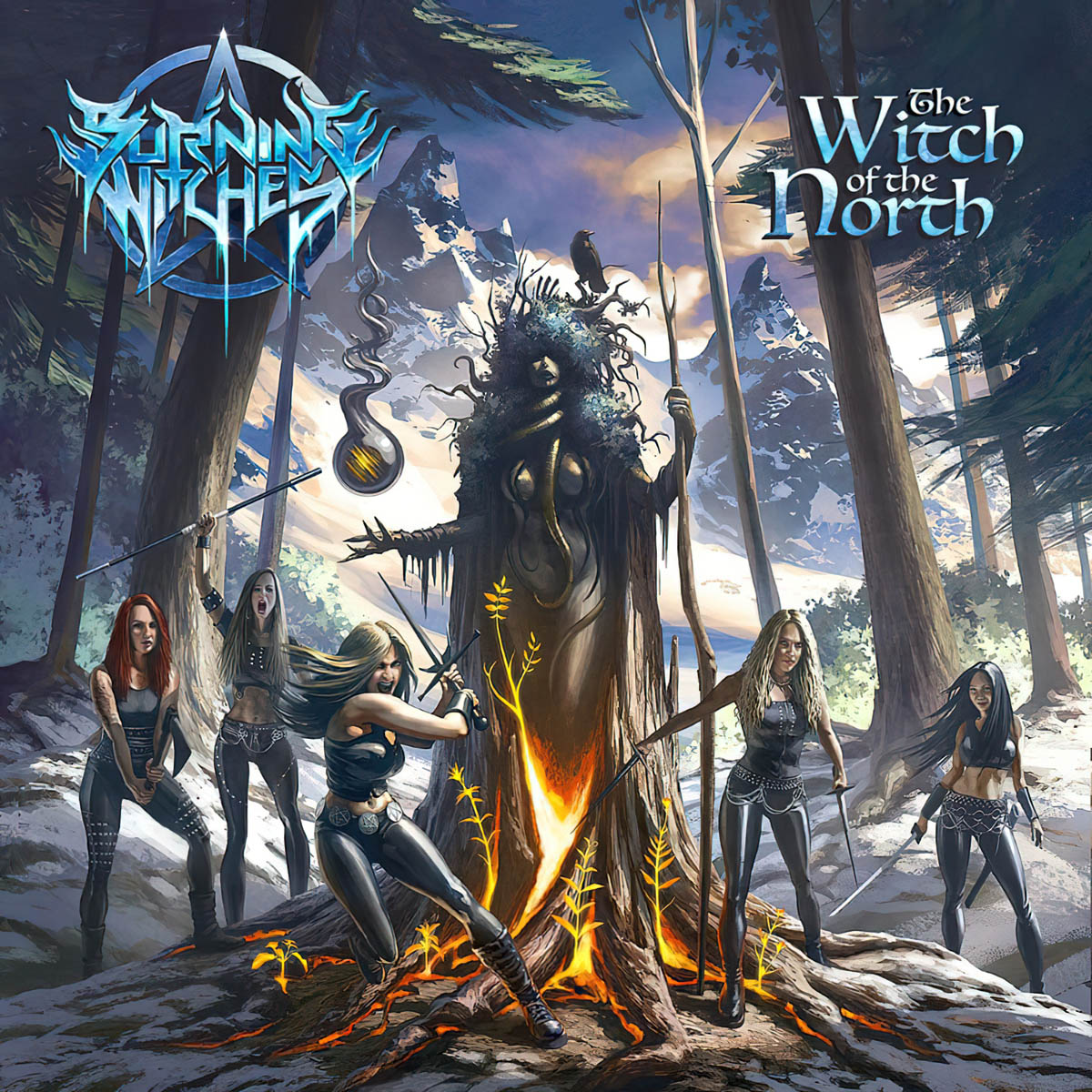 “The Witch Of The North” track listing:

The vocalist of the Dutch symphonic metal band SHADOWRISE, Guldemond was recruited by BURNING WITCHES following the departure of Seraina Telli.