BURNING RAIN,a hard rock band founded by guitarist extraordinaire Doug Aldrich (REVOLUTION SAINTS, THE DEAD DAISIES, EX-WHITESNAKE, DIO) and vocalistKeith St. John (MONTROSE, KINGDOM COME), have announced the release of their fourth studio album, Face the Music, on March 22nd via Frontiers Music SRL. In conjunction with the album announcement, the band have shared the latest single, “Midnight Train,” along with an accompanying music video. The video can be seen below.

Pre-orders for CD, LP, & Digital are available at this location with Signed CDs & LPs are available from here. There’s also an Exclusive Color Vinyl available here.

When asked why the band chose to release “Midnight Train” as the first single, Aldrich explained, “It’s been some time since the last BR record, and we wanted to come out swinging! “Midnight Train” encompasses the sound ofBURNING RAIN. It sounds fresh and heavy. I thought it was a cool lead off track to reintroduce the band. People normally have different ideas about favorite songs and there are a number of tracks that could have been first, but we just went with ‘Midnight Train.'”

“‘Midnight Train’s’ message, albeit fully ensconced in carnality, is about wanting something so brutally bad when you can’t have it,” added St. John. “The main character here is basically a deeply tortured soul during all the daytime hours. The phallic likening to the train and its track along with the blackness, the bed of nails, and the cravings of the night are meant to further fortify the extremity of sexual addiction. Doug had all the basic music together including bass, drums, and all when he first played me a demo of the song.I loved it immediately. The first experimental vocal track I scatted out had the basic framework for the chorus, which we both felt had good potential, but the original verse began with a higher, bluesier part that seemed to not quite fit. After I fashioned a new verse with a lower, more growly approach, we both felt it really complimented the chorus and we knew this track was in good standing!” 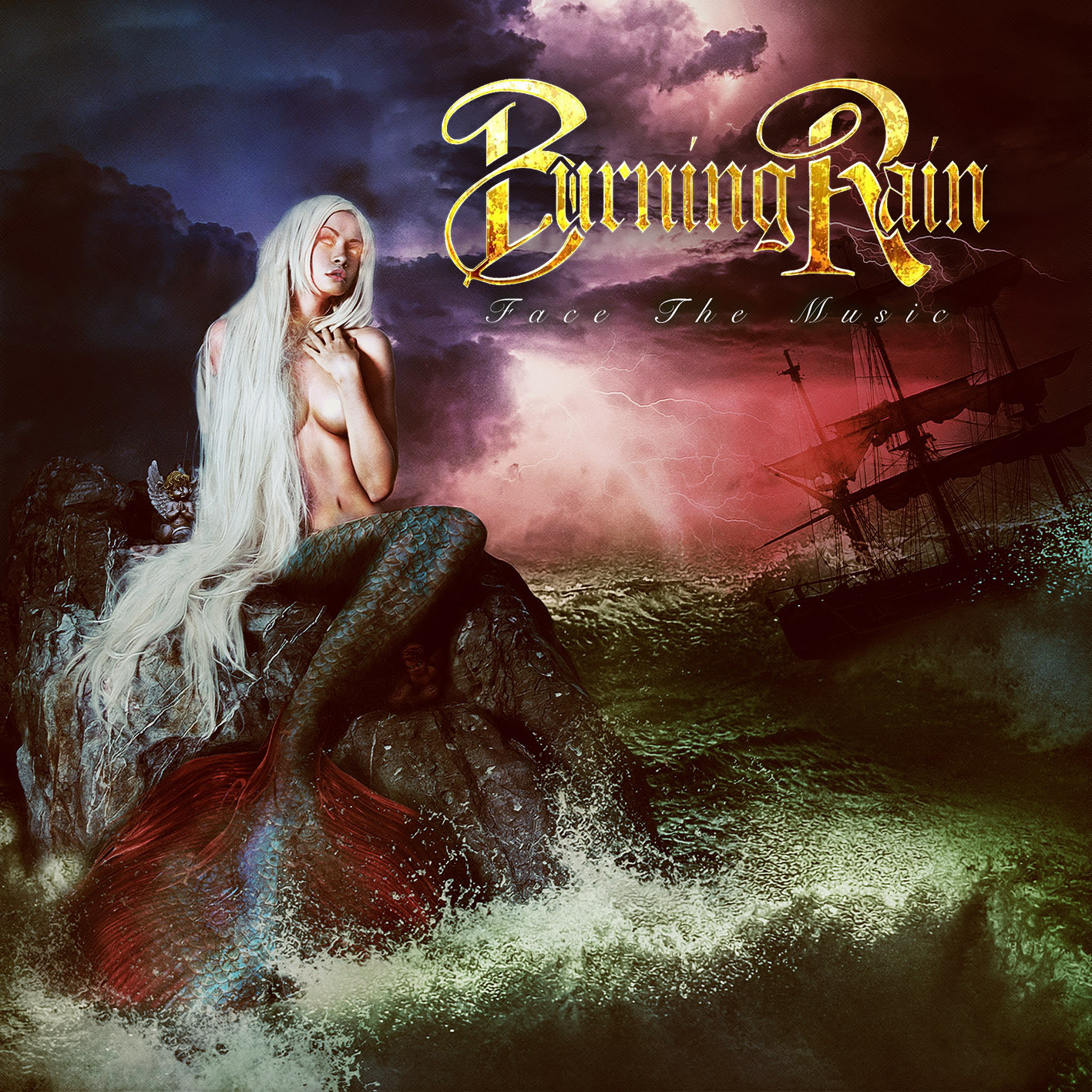 BURNING RAIN was established in 1998 by guitarist Doug Aldrich and vocalist Keith St. John. After meeting through mutual friends, Aldrich and St. John commenced work on what would eventually become their self-titled debut album. The 1999 record established BURNING RAIN as a hungry yet seasoned group of musicians. Although the album was limited in its release, it did receive rave reviews from fans and critics alike for their take on heavy, blues-y hard rock. The following year, BURNING RAIN released the follow up, Pleasure To Burn which showed a matured Aldrich-St John collaboration that gained even higher praise than the first album.

In 2001, Aldrich joined DIO and later departed in 2003 as he was approached by David Coverdale to join a newly reformed Whitesnake, while St. John joined forces with guitar legend Ronnie Montrose. While still in Whitesnake, Aldrich started working on new BURNING RAIN music, which saw the light of day in 2013 as the album Epic Obsession. Their third release was again met with enthusiams from fans and critics alike. Aldrich would later leave Whitesnake and join The Dead Daisies and Revolution Saints, which left BURNING RAIN on an extended hiatus.

Now, finally a new album is ready for release! Face the Music is a blues driven hard rock record which is truly a tour-de-force. With a renewed lineup featuring the amazing Blas Elias (SLAUGHTER) on drums and bassist Brad Lang (Y&T),the album evokes the sound of the classic 70’s hard rock scene, but also stays true to the Burning Rain sound.