MAGNUM have announced the coming of their new album, “The Serpent Rings”, on January 17, 2020 through Steamhammer/SPV as a CD digipak, 2LP gatefold version, limited box set, download and stream, and a teaser video can be seen below.

MAGNUM guitarist Tony Clarkin is a man who seems to never stop working. He is responsible for writing all the material released by the band, and on top of that he produces their albums from the very first demo to the final mix. “As soon as the album is finished, I start to collect new ideas,” he explains. “That’s how I’ve worked since the early seventies, for me that’s the ideal method.” On their latest album, “The Serpent Rings”, Clarkin and MAGNUM‘s other original member, vocalist Bob Catley, prove all over again just how perfectly this established system works.

MAGNUM has recorded eleven new songs which feature all the traditional strengths of the British act and also live up to the band’s ambition to explore a more rock-oriented direction. “The Serpent Rings” presents MAGNUM the way the musicians themselves like it: rocking and at the same time melodic, straightforward but also a little playful, powerful as well as sensitive with enchanted lyrics but also with a socio-critical approach. 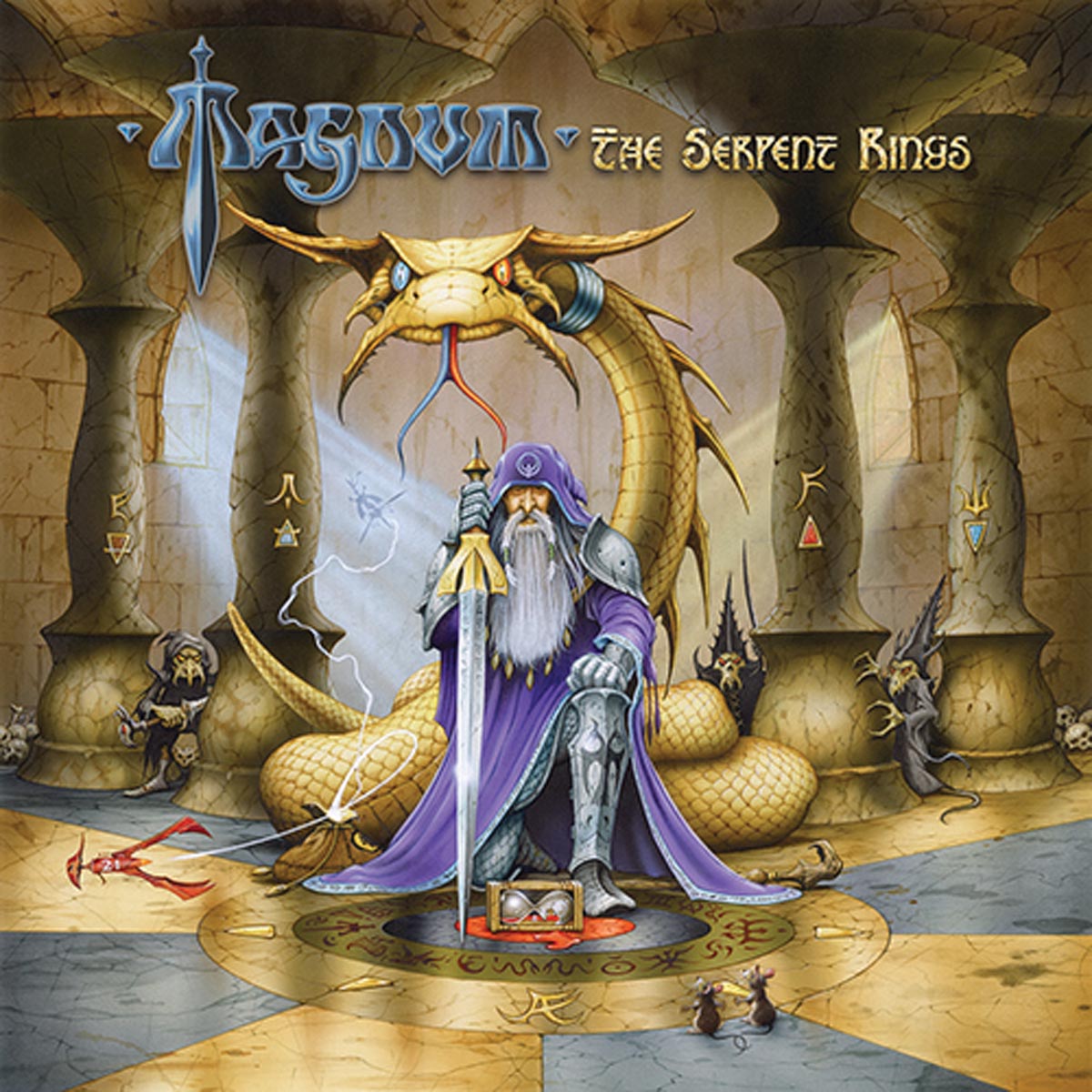 “The Serpent Rings” was recorded by the MAGNUM lineup consisting of Clarkin, Catley, keyboardist Rick Benton and drummer Lee Morris, plus their latest addition, bassist Dennis Ward (PINK CREAM 69, PLACE VENDOME, UNISONIC, among others), who joined the fold to replace Al Barrow.

MAGNUM‘s major European tour has been scheduled to start in March 2020, initially with a number of headlining shows, to be continued by a first-rate package together with GOTTHARD from Switzerland. This extremely successful collaboration first passed the litmus test a few years ago, and Clarkin, Catley & Co. are very enthusiastic.

“Along with some classic numbers, we will also present four or five songs from ‘The Serpent Rings’,” the band promises, providing even more reasons for their fans to mark the dates in their calendars.