British heavy metal band MONUMENT have released a video for The Chalice; the third single from their third studio album Hellhound, out on May 25th via ROAR Rock Of Angels Records. The track is characteristic of the band’s unique delivery of classic British metal riffage with modern sensibilities. Hellhound‘s artwork, design and layout was done by graphic designer Stan-W Decker (Masterplan, Vanden Plas, Resurrection Kings, Stryper).

Peter Ellis -the voice of MONUMENT– comments: “Hellhound is, in my opinion, the best album we have released so far in our career. The song writing is a lot more mature on this album and the songs are very cohesive. Musically, it is the natural progression of Hair Of The Dog, with lots of twin harmonies, loud lead bass tones etc. Lyrically, I drew inspiration from different sources and situations, like I usually tent to do, so it is a mixture of historical themes, urban London culture as well as some more lighthearted stuff which I do enjoy writing as well. Another big step up was the inclusion of Tony Newton to the team as our producer, which played a very big part in finally being able to capture the real sound of the band on tape and it is something we have always wanted to do. Monument is a “live” band and Tony was able to capture that in a really cool way.” 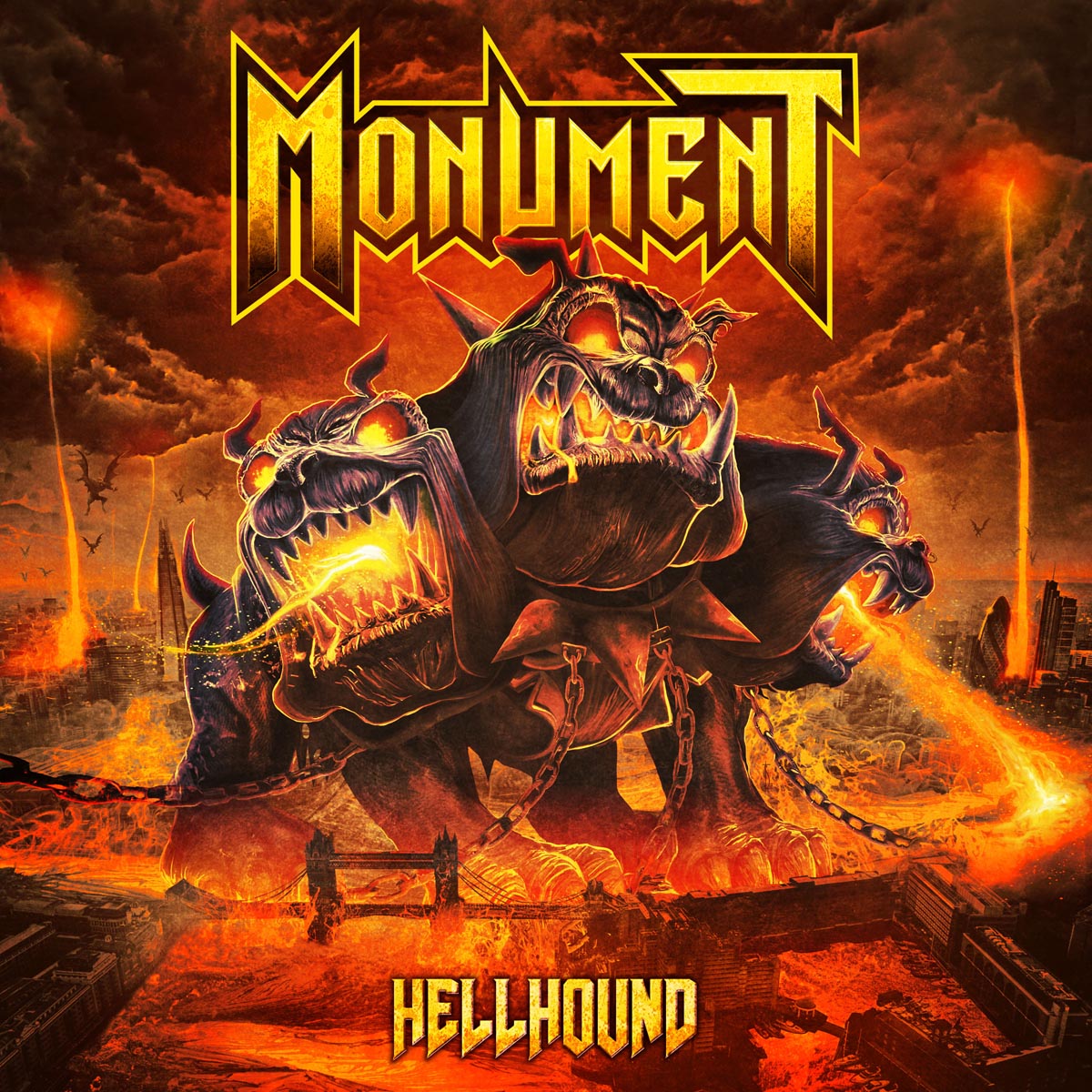