BPMD will release their upcoming full-length, “American Made”, on June 12, 2020 via Napalm Records. The 10-track homage to some of rock music’s greatest treasures is turbocharged by the experience and enthusiasm of its four creators, and its first single, “Toys In The Attic” – an Aerosmith classic just begging for a heavy re-imagining – is only the first boisterous sliver of proof. The “Toys In The Attic” video was directed by Victor Borachuk / JupiterReturn, with art direction and motion design by Natália Tanus and Leonardo Gill. Watch the brand new video for the track below.

Front-man Bobby Blitz says about “Toys In The Attic”: “I remember waaaaaaaaaaay back when Overkill formed, we were cutting our teeth on covers as I was finding my way around the mic. The Aerosmith covers were right in my wheelhouse, so when Mike [Portnoy] picked ‘Toys’ to cover, I was like… ‘Hell Yea’!”

Guitarist Phil Demmel adds about recording the track: “It was tricky because Aerosmith have two guitarists, Joe Perry and Brad Whitford, playing different things. So, as one guitar player, I had to pick a medium place between the two that sounded good. I thrashed it up a little by adding a lot of down picking and some gallops and triplets.”

It’s evident within the initial seconds of BPMD’s “American Made”, as the legendary Bobby Blitz chants the introductory lyrics to Ted Nugent’s “Wang Dang Sweet Poontang” in his signature skyscraper-high howl, that he and his equally iconic band-mates are here to have a damn good time. Featuring 10 unforgettable rock classics re-imagined as heavy bangers, “American Made” is a party on wax. Tracks such as the raucous “Toys in the Attic” (Aerosmith) and rager-ready “Beer Drinkers & Hell Raisers” (ZZ Top) prove that BPMD not only manages to capture the essence of each original track on the album, but skillfully transforms each classic into an unforgettable metallic anthem for a new age. The seasoned quartet flex their musical muscles on renowned classics such as “Saturday Night Special” (Lynyrd Skynyrd), “We’re an American Band” (Grand Funk Railroad) and “Walk Away” (James Gang), and introduce a whole new heavy generation to deeper cuts like blues standard “Evil” (Cactus/Willie Dixon) and “Never In My Life” (Mountain). Channeling nostalgia while maintaining a fresh attitude, American Made is a summer soundtrack for all ages. 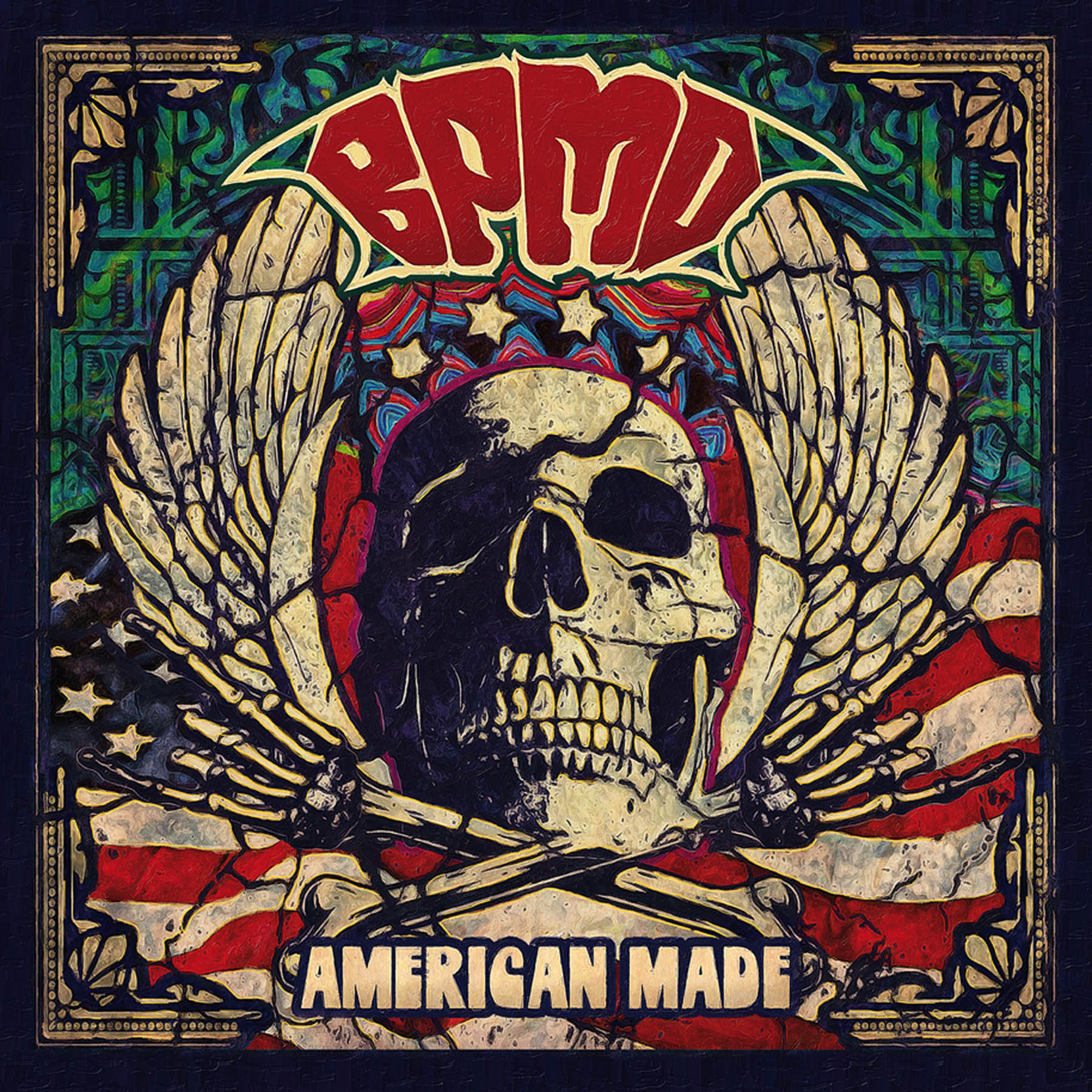 Bassist Mark Menghi remarks on BPMD‘s origins: “Last summer, right after the Fourth of July, I was sitting in my backyard. I was listening to a bunch of ‘70s stuff and Lynyrd Skynyrd‘s ‘Saturday Night Special’ came on. I said, ‘Man, I would love to play that song,’ and my eight-year-old son turned to me and said, ‘You should do a record of all these songs, Dad.’ And I was like, ‘Hmmm? Yeah, why not!?!’”

After connecting over their mutual love for the classics and forming their current line-up, the members of BPMD traveled to drummer Mike Portnoy’s home studio in Pennsylvania and set up shop. Since the whole concept of the band was born the night Menghi was listening to “Saturday Night Special”, BPMD were determined to record the song for the album. Beyond that, each musician picked two ‘70s rock tracks and everyone had to learn them!

Menghi chose “Beer Drinkers & Hell Raisers” in addition to “Saturday Night Special“. Blitz’s choices were a little more obscure – “Never in My Life” replete with cowbell and a blazing repeated blues lick, and Cactus’ version of “Evil”, a fiercely Zeppelin-like take on an old Willie Dixon song.  For his tracks, Demmel picked “D.O.A.” and had a blast channeling his inner Eddie Van Halen, and took a deep dive with “Tattoo Vampire”. Recalling the days when Ted Nugent was more of a bad boy than a gunslinger, Portnoy picked “Wang Dang Sweet Poontang”, in addition to “Toys In the Attic”.

Menghi, who also co-produced “American Made”, adds: “We didn’t go into it trying to make everything metal, we just wanted to play the way we play and this is what you get… we’ve all been influenced by a wide variety of bands including Black Sabbath, Judas Priest, Iron Maiden and Metallica. So, of course, we’re going to attack the songs a little harder than guys that didn’t grow up on heavy music.”

Blitz adds: “We made sure we did high-quality versions of these songs and gave them all a little twist. I think there’s a place for that in the music world today. There’s something really great about nostalgia, especially if it’s re-imagined.”

“American Made” was mixed and mastered by Mark Lewis, also known for his work with Metal Allegiance (featuring Mark Menghi), as well as artists such as DevilDriver, Trivium, and many others. 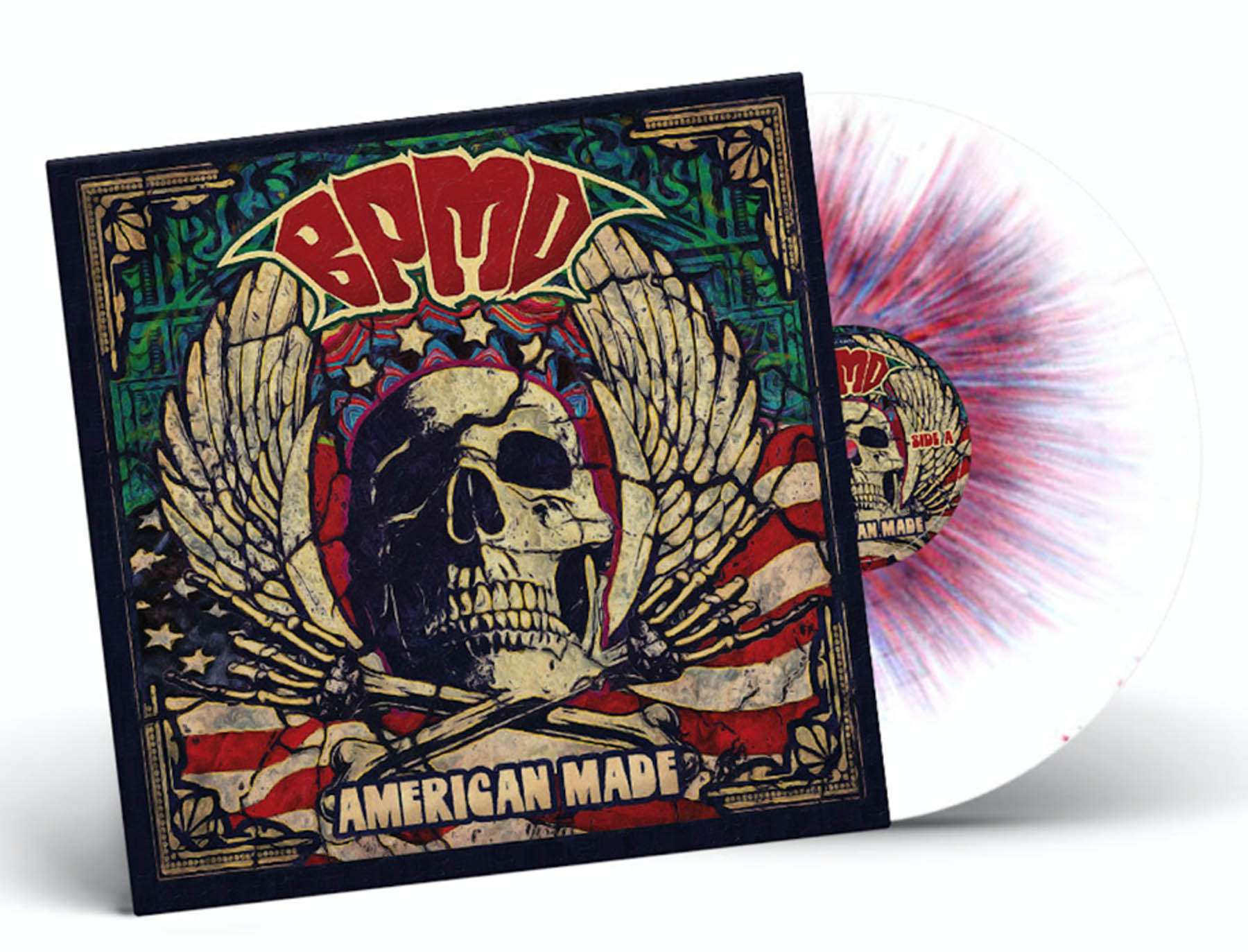