German power metallers BLIND GUARDIAN will celebrate the 30th anniversary of their “Somewhere Far Beyond” album by performing the LP in its entirety on a tour of Germany and Switzerland in the fall of 2021.

The fourth BLIND GUARDIAN studio album epitomized the unbridled sound of speed metal of their founding years combined with middle-earth folk vibes, giving an inkling as to the orchestral storm that was soon to follow; it was a scene-shaping metal classic.

BLIND GUARDIAN played a brand new song, “Violent Shadows”, during last month’s Wacken World Wide digital festival. The band’s latest release was the all-orchestral album “Twilight Orchestra: Legacy Of The Dark Lands”, which came out in November via Nuclear Blast. To create the concept, lead guitarist André Olbrich and Kürsch worked alongside German bestselling author Markus Heitz, whose latest novel, “Die Dunklen Lande”, was released in March 2019. The book is set in 1629 and contains the prequel to “Legacy Of The Dark Lands”.

The band’s next LP is tentatively due in early 2021. BLIND GUARDIAN‘s last “regular” studio album, “Beyond The Red Mirror”, was issued in 2015. It was the band’s first LP since 2010’s “At The Edge Of Time”, marking the longest gap between two studio albums in BLIND GUARDIAN‘s career. It was also the group’s first album without bassist Oliver Holzwarth since 1995’s “Imaginations From The Other Side”. Holzwarth has since been replaced by Barend Courbois. 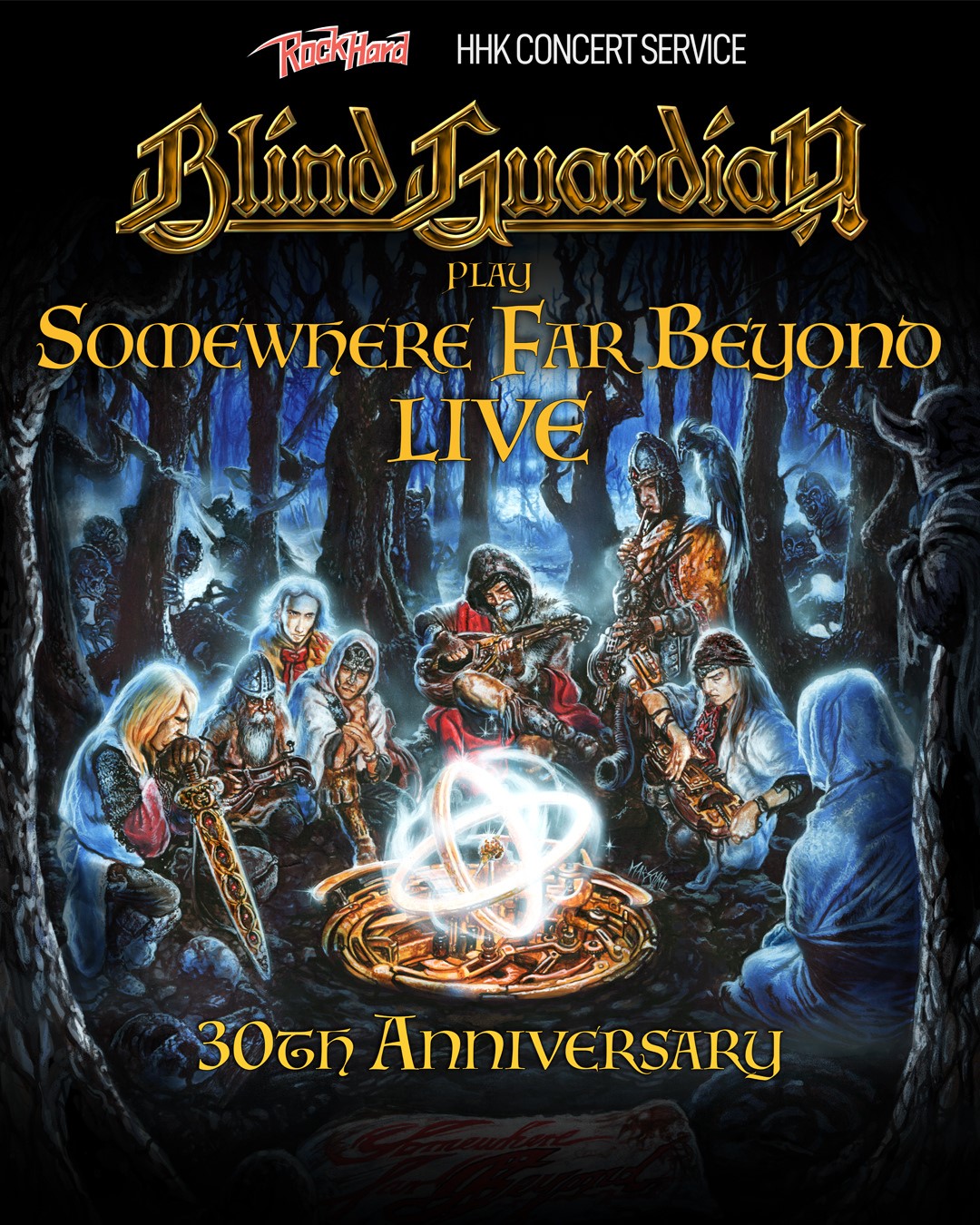