Black Star Riders have set a date for their upcoming new studio album Another State Of Grace: September 6th 2019. The band will support the record with a full UK and Ireland tour in October 2019 with additional dates in other territories to be announced in the near future. You can now stream the title-track single “Another State Of Grace” below.

Another State Of Grace sees the band deliver another stunning collection of songs. The bands new members Chad Szeliga (Drums) and Christian Martucci (Lead Guitar) further developing the band’s burgeoning reputation as one of the most essential contemporary rock acts. Recorded at Sphere Studios in Burbank, California in February 2019, Another State Of Grace was produced & mixed by Jay Ruston (Stone Sour, Anthrax, Uriah Heep).

Longtime supporter Joe Elliott, vocalist of Def Leppard says “I’ve been an ardent supporter ever since they started their journey having moved away from being Thin Lizzy and becoming a legitimate band in their own right. For me, this is by far their best effort to date”

Vocalist Ricky Warwick says, “This has probably been the most enjoyable experience in the studio I have had making a record. The vibe and commitment the boys brought into this was stellar. Our most anthemic and soulful album to date. I’m very proud and excited for people to hear Another State Of Grace!” 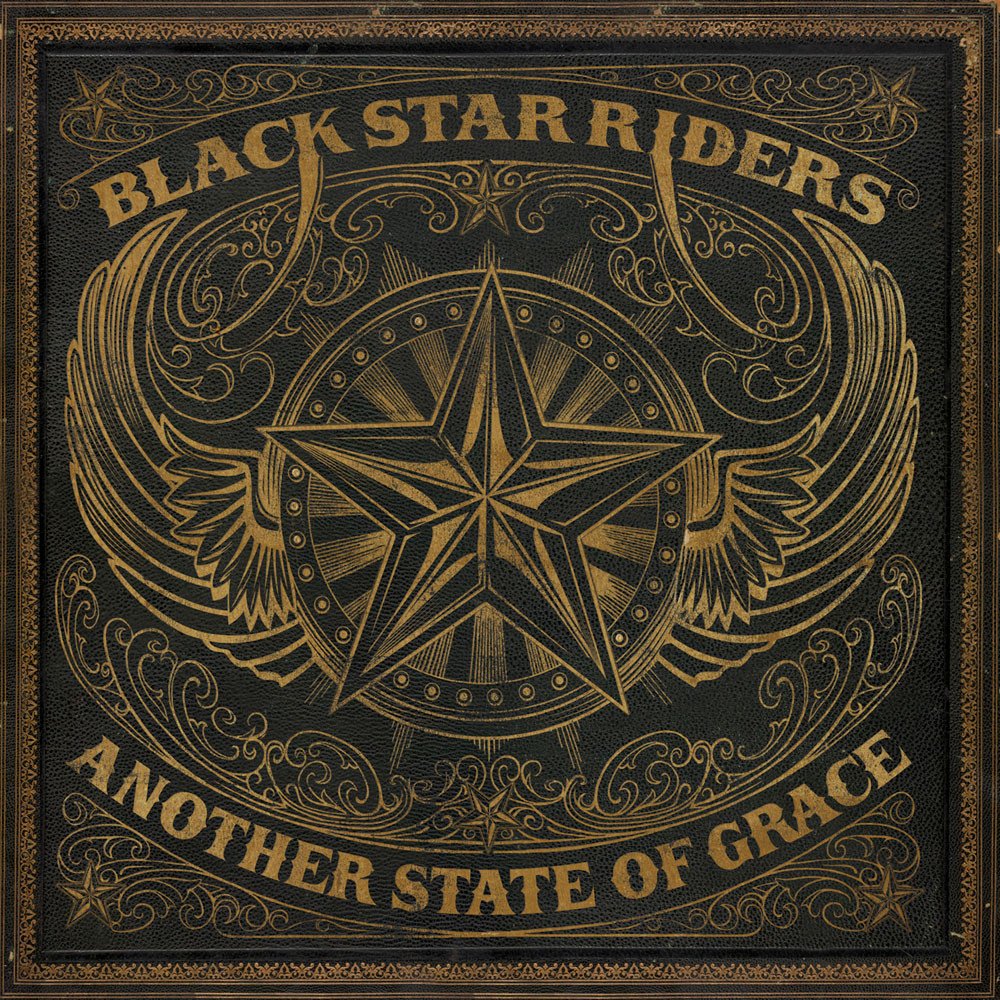 “Another State of Grace” Album Artwork

1.Tonight The Moonlight Let Me Down
2. Another State Of Grace
3. Ain’t The End Of The World
4. Underneath The Afterglow
5. Soldier In The Ghetto
6.Why Do You Love Your Guns?
7. Standing In The Line Of Fire
8. What Will It Take?
9. In The Shadow Of The War Machine
10. Poisoned Heart

Side A:
1.Tonight The Moonlight Let Me Down
2. Another State Of Grace
3. Ain’t The End Of The World
4. Underneath The Afterglow
5. Soldier In The Ghetto

Side B:
1 Why Do You Love Your Guns?
2. Standing In The Line Of Fire
3. What Will It Take?
4. In The Shadow Of The War Machine
5. Poisoned Heart

The band previous album, Heavy Fire, was released in 2017 and enjoyed widespread fan and critical acclaim.  The album enjoyed success in many countries and went on to score multiple high chart placings & radio playlists.  They toured extensively in support of the release with notable appearances on the SOLD OUT Rock Legend’s VI cruise out of Florida, alongside Sammy Hagar and Bad Company and very successful tour of North and South America with metal legends Judas Priest. Previous albums All Hell Breaks Loose, The Killer Instinct and Heavy Fire have paved the way for Black Star Riders to be recognized as a powerful force in contemporary Rock n’ Roll.