MAMMAL – one of Australia’s most fierce, outspoken & storied rock artists, shook off the hibernation sickness of their hiatus in late 2017 to make a ferociously triumphant return to the Australian live music scene. It’s been a 12 months chock full of sold out shows, new music and no bullshit. Today the band celebrates one whole year of returning to the stage with a single entitled “Dead”. The songs it’s available for FREE now at this location.and you can also stream it below.

The new track was Produced by MAMMAL, mixed and mastered by Forrester Savell (Dead Letter Circus, Karnivool) and engineered by Tyson Fish @ The Alamo with studio assistant John Crawford.  Vocalist Ezekiel Ox said of the new track – “So how do we celebrate the first anniversary of our reformation (exactly one year ago to the day!) on the same day as us starting our ‘Community’ tour??? By releasing a banger of a new song and giving it away for FREE of course. We could NOT be more pumped about this new track – it’s so hard and acidic – and we need this kind of anger about what is going on around us right now. If you aren’t angry about what Governments around the world are doing to us – you aren’t looking hard enough!”

They are in the guts of their ‘Community Tour’ – which still has dates in Melbourne, Sydney, Brisbane, Hobart, Canberra and more to go – as well as their triumphant return to London’s The Underworld in October. The single ‘Community’ that sparked the tour dates has just been added to rotation on Planet Rock in the UK – a radio station with over 1 million listeners weekly. 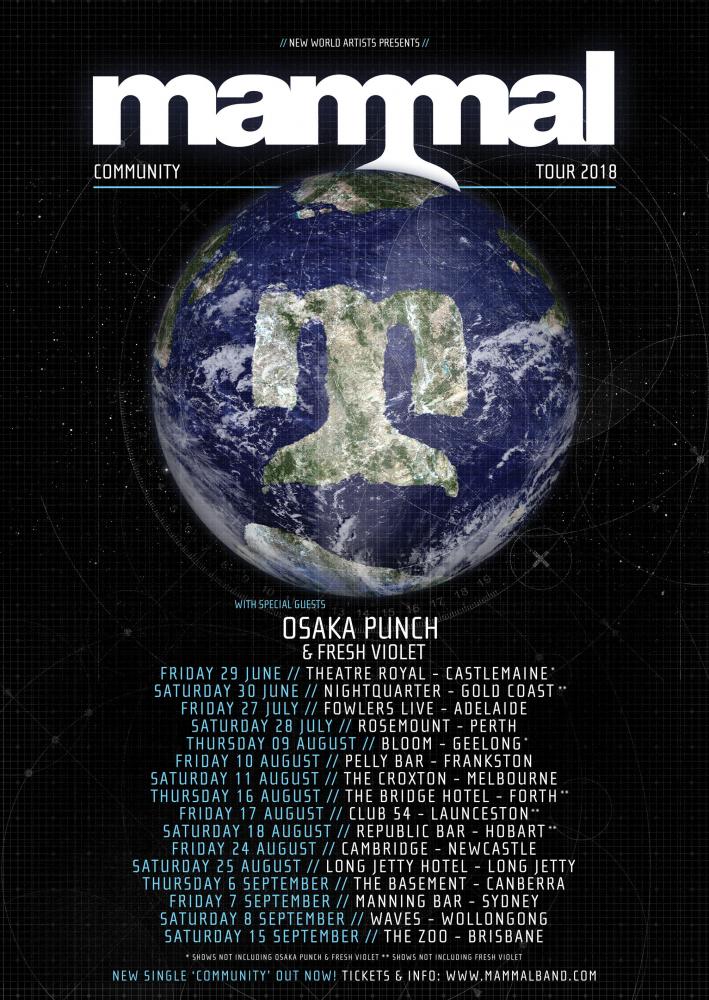