ASKING ALEXANDRIA, one of the most successful rock bands of their generation, have today announced the release of their highly anticipated, arena conquering album, “Like A House On Fire”. The band’s sixth full-length studio album will be released on May 15th via Sumerian Records with pre-orders available now from likeahouseonfire.co. The band have also dropped an official music video for brand new track ‘Antisocialist‘. Watch the video below and stream the track below.

Speaking on the announcement of his band’s sixth full-length album, guitarist Ben Bruce says: “We have been working our asses off for the last couple of years on creating this album. We are absolutely in love with what we have created. There are songs about triumph, strength and resilience. There are songs about losing love, losing passion and losing faith. There are songs about moving on to new things and song’s celebrating our journey. This album is filled with love and passion from the five original members of Asking Alexandria.” 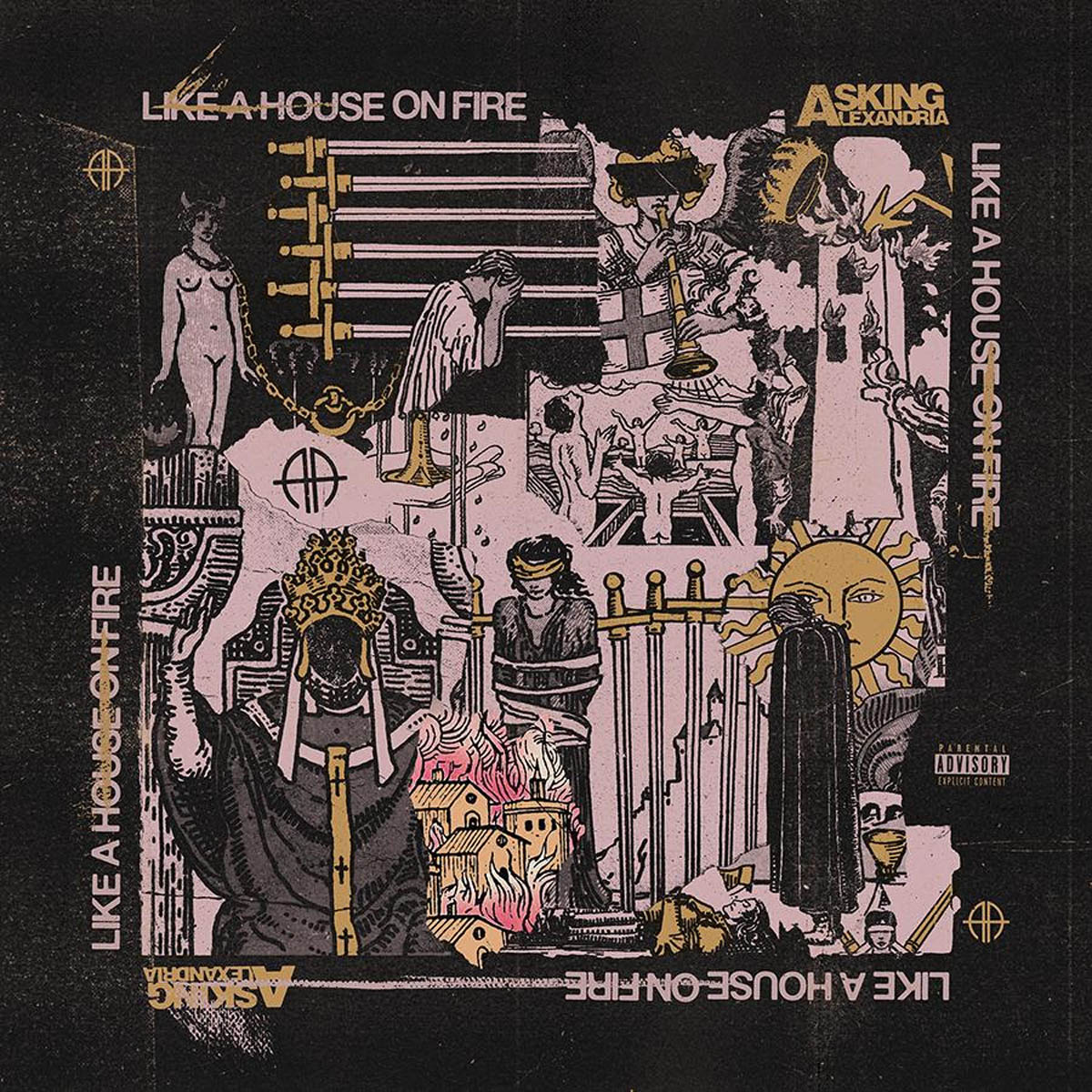 Pre-order items are available now at likeahouseonfire.co and include several limited edition vinyl variants and a wide variety of special merch items. 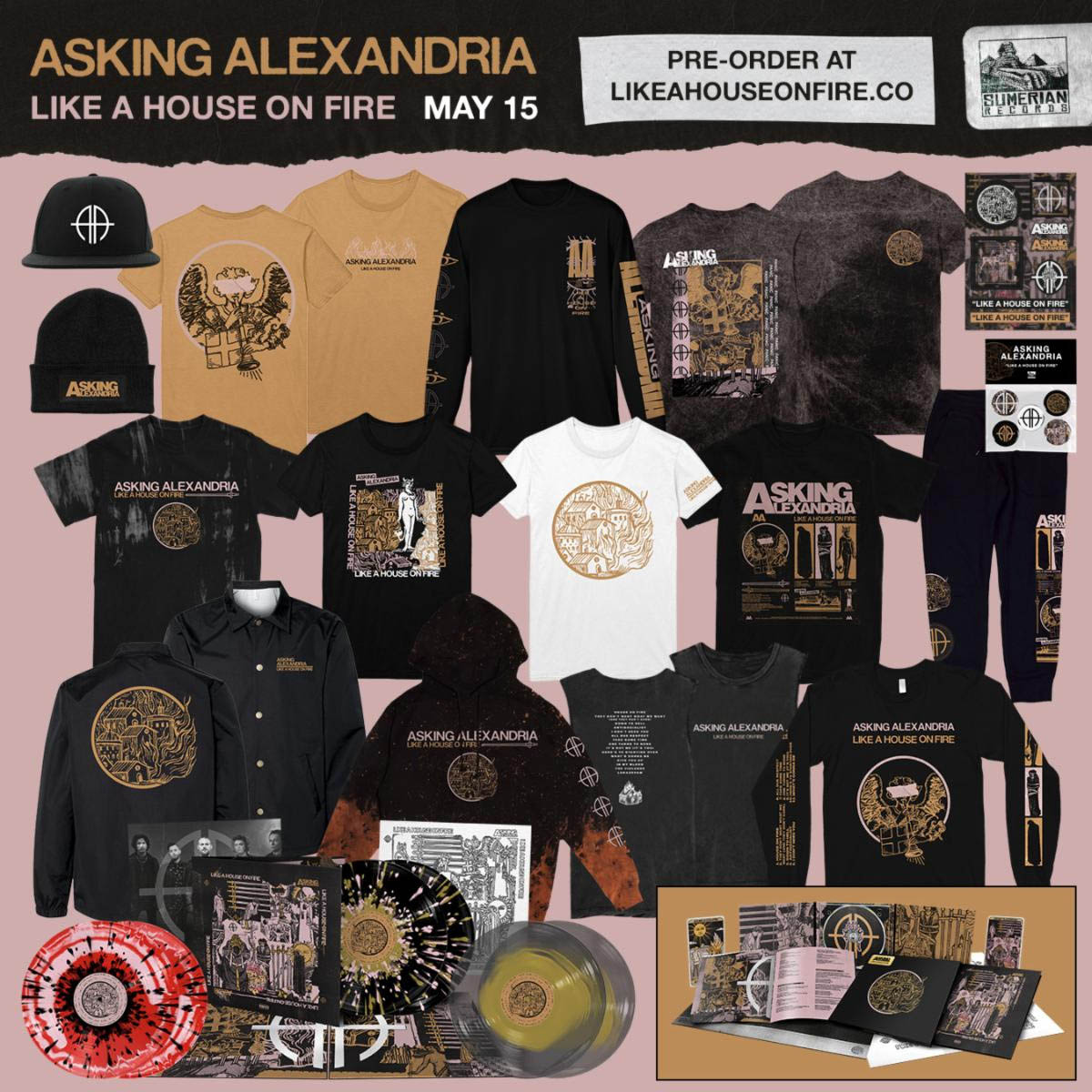 ASKING ALEXANDRIA will be hitting the road for their 23 date North American headline Like A House On Fire tour beginning on April 30th in Phoenix, AZ and culminating in Minneapolis, MN on May 31st. Joining them on their first headline run in over 2 years will be Falling In Reverse, Wage War and Hyro The Hero making this a must-see package for any self-respecting fan of heavy music. 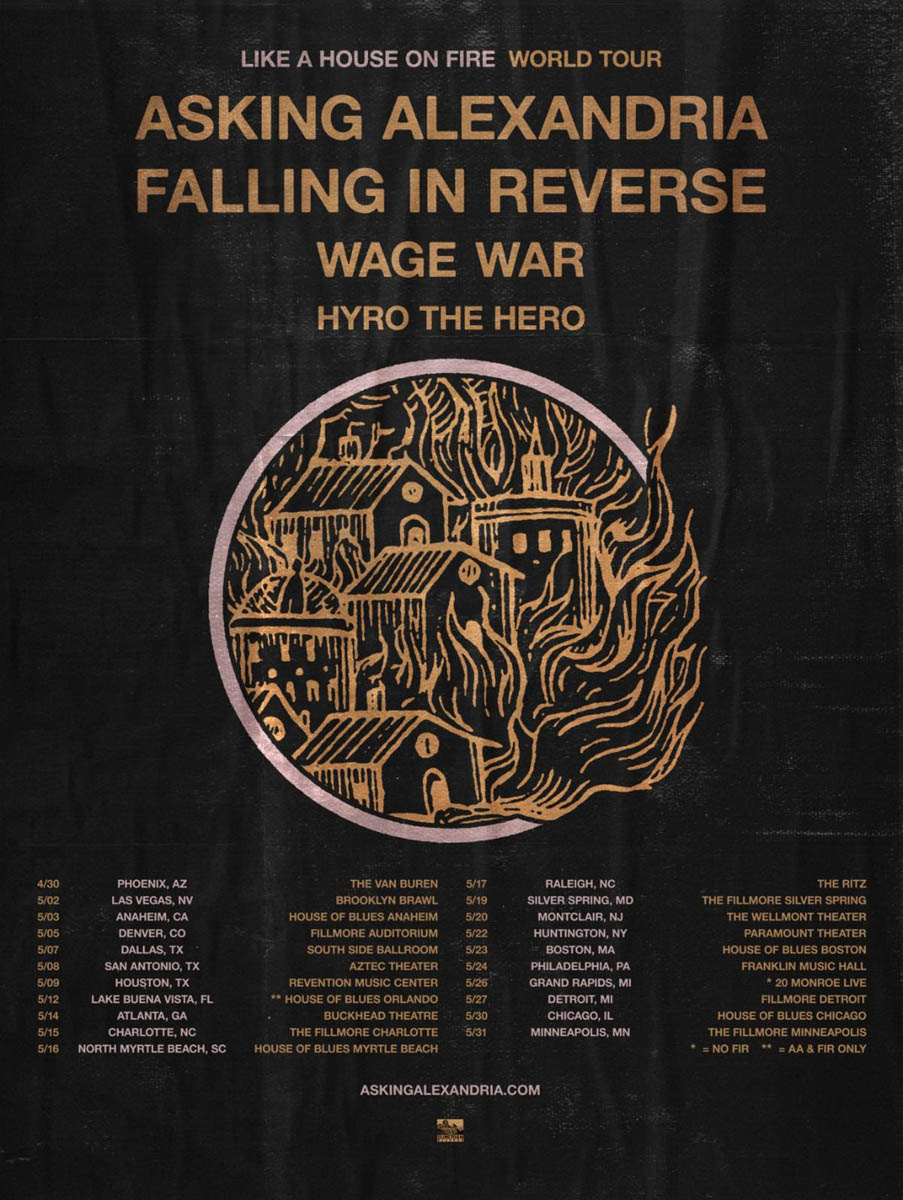