AS I LAY DYING will embark on the “Burn to Emerge” tour in May. Support on the trek will come from WHITECHAPEL and SHADOW OF INTENT.

AS I LAY DYING is continuing to promote its seventh full-length album, “Shaped by Fire”, which was released last September via Nuclear Blast, meanwhile WHITECHAPEL will be touring in support of their latest record, “The Valley”.

“The Valley” was mixed by David Castillo, mastered by Ted Jensen, produced once again by Mark Lewis (Cannibal Corpse, The Black Dahlia Murder), and featuring artwork by Branca Studio. “The Valley” title is a reference to the part of Hardin Valley (west of Knoxville, Tennessee) where vocalist Phil Bozeman grew up. 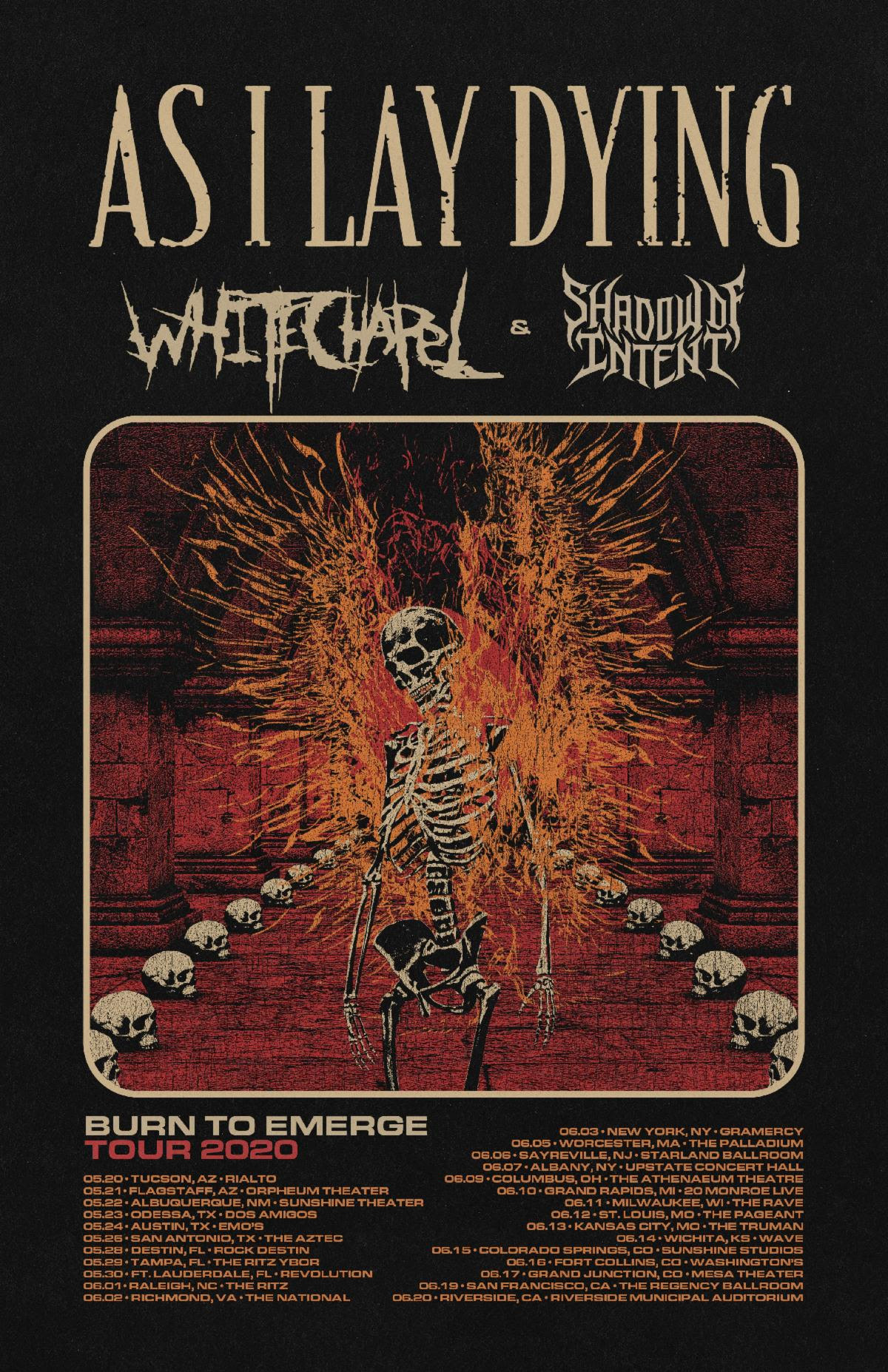 AS I LAY DYING / WHITECHAPEL / SHADOW OF INTENT Tour dates: