Canadians metal heroes ANVIL have announced “Legal At Last” as the title of their upcoming album. “Legal At Last” will be out February 14th, 2020 via AFM Records and  will be available as digipak, digital, black vinyl and some limited colored vinyl.

When it comes to virtues such as endurance, unconditional commitment and a thoroughly down-to-earth attitude, ANVIL are the measure of all things. Like few other metal acts, the band surrounding founding members Steve ‘Lips’ Kudlow (vocals, guitars) and Robb Reiner (drums), plus bassist Chris Robertson have earned their laurels of blood, sweat and tears. Since their 2009 documentary film The Story Of Anvil, which reveals the unvarnished truth about the music industry, the world has been aware that the day-to-day life of most musicians doesn’t consist of MTV Awards, Grammy ceremonies, red carpets, champagne and caviar but mainly of energy-sapping tours de force with little sleep, junk food and meagre earnings. Yet these difficult conditions have made Anvil what they are today: a band that stands solid as a rock in the turbulent waters of a musical genre that produces like no other music by fans for fans.

Yet their new album is very special to ANVIL: “Legal At Last is mainly about two things,” Reiner explains, pointing to the cover artwork with a grin. “We celebrate the legalisation of the Anvil bong because Canada changed its marijuana laws last year, which means we no longer sail close to the wind all the time. That’s why the album title announces that Anvil are legal at last.” 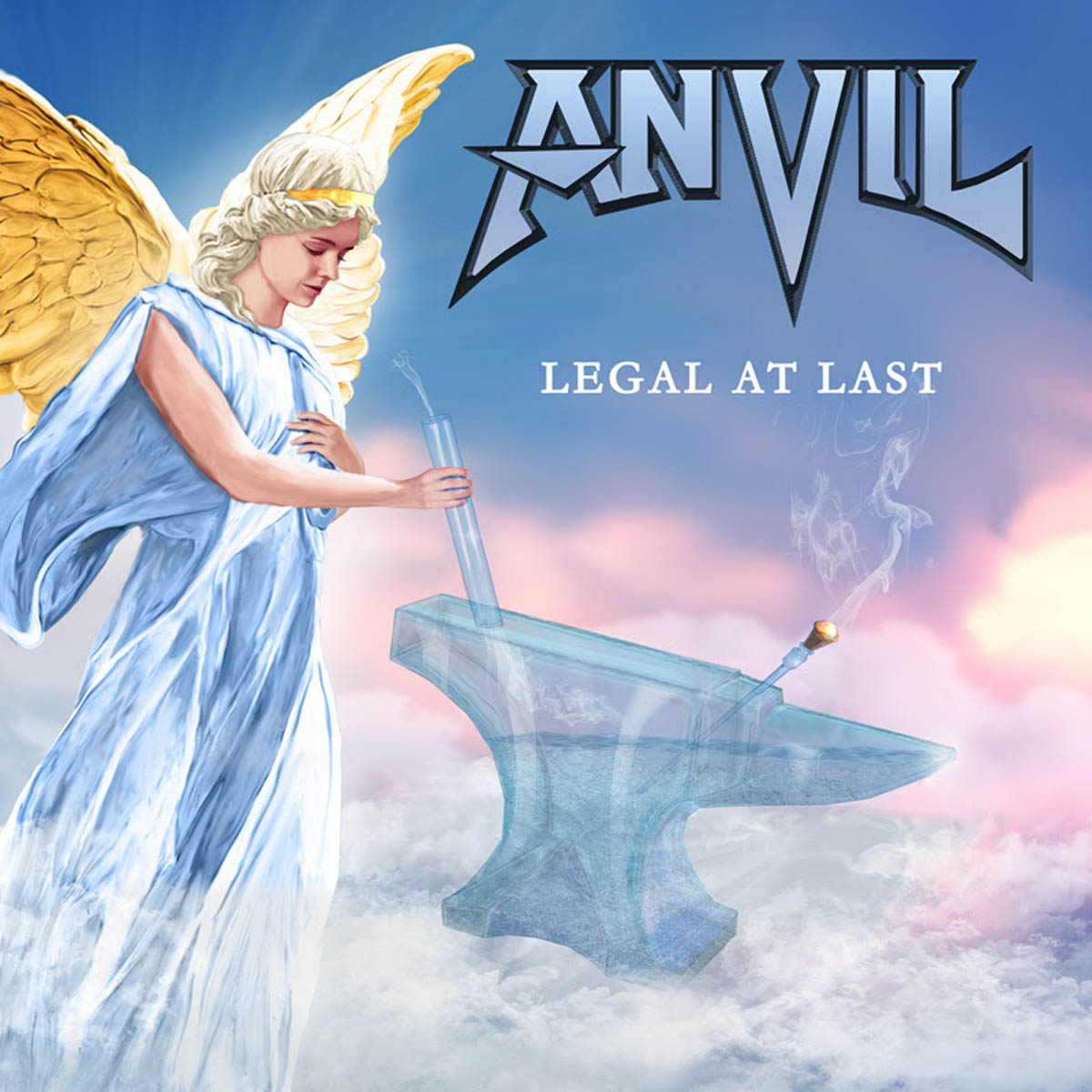 “Our fans have always known that, but the public at large treated us like criminals for a long time.” Kudlow adds: “Legal At Last is our way of telling the public: ‘It’s okay, Anvil are okay, you’re allowed to like us at last!’”