“Psycho Ward” is yet another example of the band’s return to their roots with a contemporary twist. Issues founding guitarist, vocalist, producer and principal songwriter Jeff Waters of the track,“‘Psycho Ward’ takes us back to the musical vibe of Never, Neverland‘s ‘Stonewall’ but with a drastically-different lyrical theme: domestic violence and abuse. I’ve written quite a few songs on this subject since the ’90s. But this song is the perfect combination of ‘old-school’ metal meeting the right lyrical and vocal delivery to get the point across. Enjoy, ‘old-school’ metal fans. Welcome, the new!”

A name that should need no introduction in the metal world, ANNIHILATOR was forged in Canada in late 1984. Since then, the band has been touring and releasing records, selling millions of albums to date, nonstop, for over thirty years. Cited by bands like Megadeth, Pantera, Dream Theater, Children Of Bodom, Lamb of God, Opeth, Trivium, and so many more as having influence on their music, Jeff Waters and ANNIHILATOR have continued to tour the world, year after year, whilst consistently putting out high-quality true-metal music. It takes a long time to reach legendary status, and no one can dispute that ANNIHILATOR are inspirations, teachers, legends, and a force demonstrating what hard work and love of your craft can bring to the world.

Produced, engineered, and mixed by Waters, “Ballistic, Sadistic” was recorded at the brand new, state of the art Watersound Studios UK, in Durham earlier this year with additional engineering and editing by bassist Rich Hinks and mastering by Maor Appelbaum at Maor Appelbaum Mastering in California. 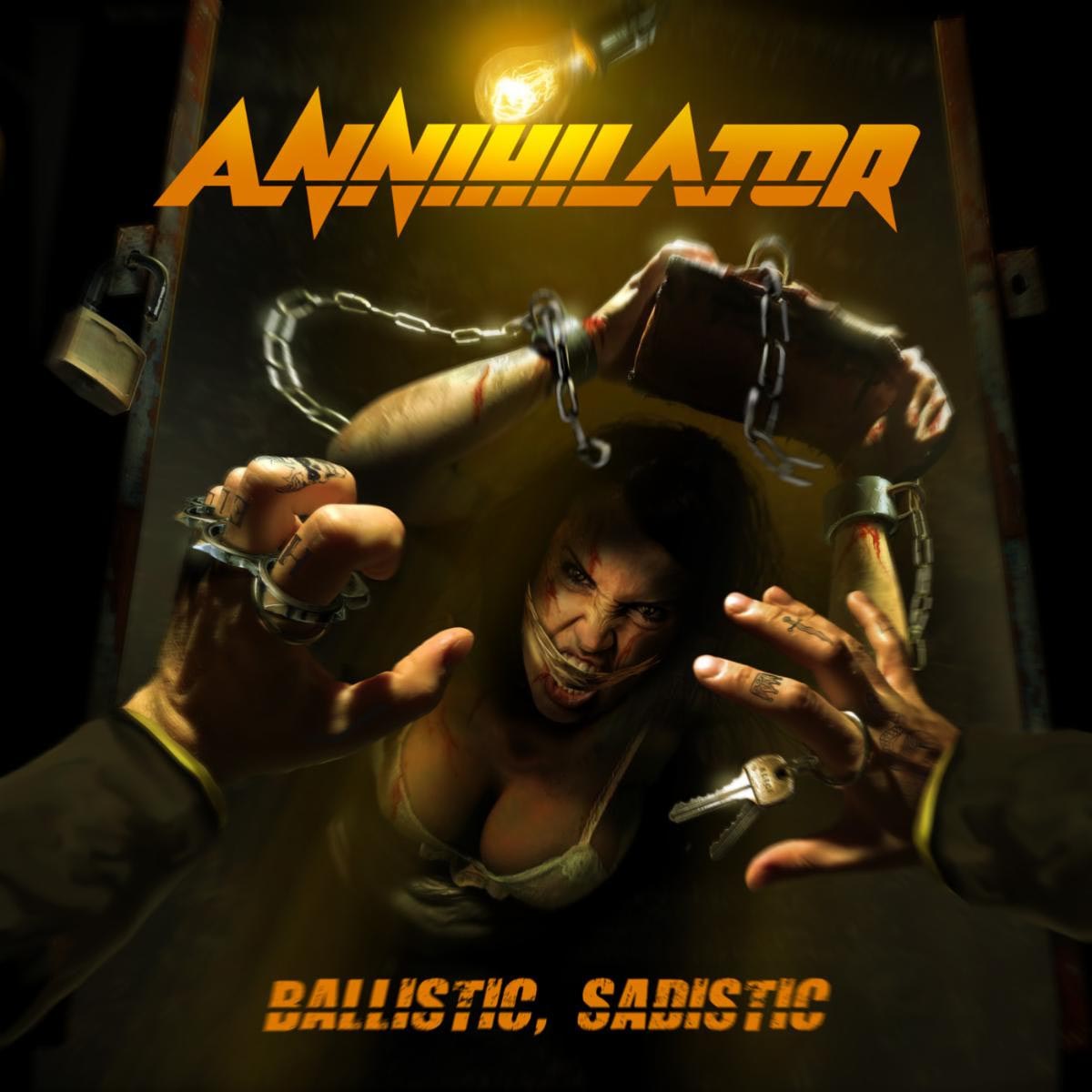 “Ballistic, Sadistic”  will be available in limited-edition digipak, vinyl, and digital formats. For pre-orders, go to this location.

ANNIHILATOR embarked upon a mammoth forty-three date tour in October and have delivered their signature explosive and energetic live performance across eight countries thus far. Still on the road, you have the chance to catch ANNIHILATOR live. A full list of remaining shows are below.