In May 2018, Anneke van Giersbergen performed two career-spanning concerts with orchestral arrangements together with Residentie Orkest The Hague. Now those special concerts will be available for all to hear when they are released as ‘Symphonized’, an 11-track live album due out on November 16th, 2018. The promotional video for the previously unreleased track “Zo Lief”, taken from “Symphonized”, can be seen below.

Taking in material from across her career, she performs stunning versions of songs by VUUR, The Gentle Storm and The Gathering as well as solo material. Anneke comments: “’Symphonized’ was recorded last May in Dutch venues 013 (Tilburg) and Paard (The Hague), as I performed alongside the wonderful Residentie Orkest The Hague conducted by Arjan Tien. The orchestra is one of the leading Dutch symphony orchestras and regularly initiates cross-over projects. When artistic director Sven Arne Tepl invited me to create new renditions of songs I have previously recorded, I was immediately enthusiastic. I thought it was the perfect prelude to my 25-year anniversary next year, as I made my stage debut with The Gathering in 1994. The compelling arrangements were written by Marijn van Prooijen and Gijs Kramers. Instead of a band with additional symphonic accompaniment we chose to solely use the instruments of the orchestra and I’m very proud of the result!”

The album will be available as CD Digipak, Gatefold 2LP + CD & as digital audio download, and you can find the full track-listing below: 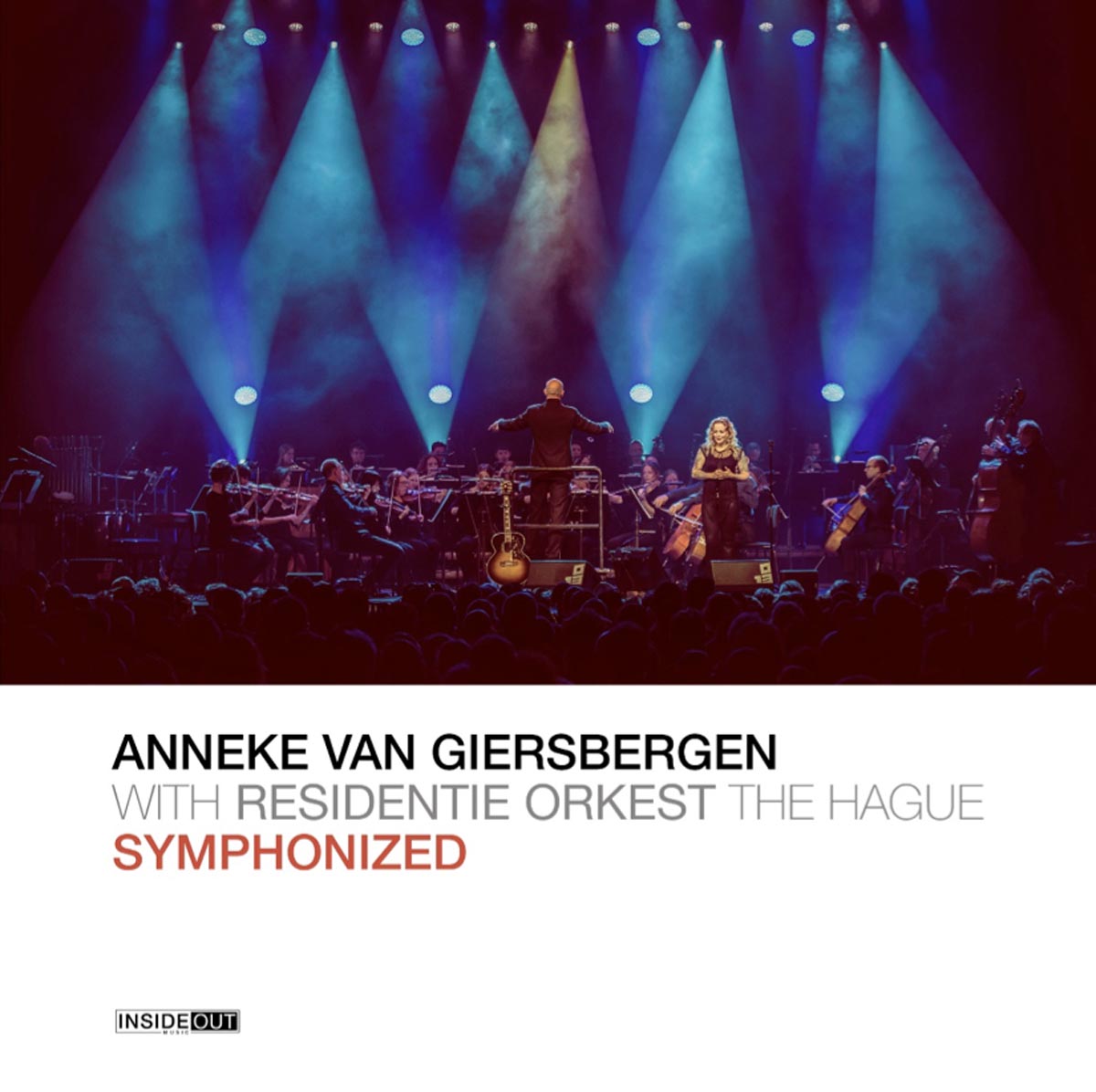 Anneke comments about the video: “The song “Zo Lief” is about hanging on and letting go. I always thought that I would be a pretty relaxed mom, but dealing with transitions turns out to be more challenging than expected. Every time my son Finn enthusiastically welcomes a new stage of his independence, I have to admit that letting go of parental attachment isn’t that easy. An English translation of the song title is ‘So Sweet’ and this is the very first time I release a song in my native language as a solo artist. I wrote and demoed ‘Zo Lief’ a couple of years ago and Gijs Kramers made a subtle arrangement for orchestra. The video was shot at the Dutch North Sea coast by director Mark Uyl.”

Anneke van Giersbergen is easily one of the hardest working people in music, and an artist that defies being pigeonholed by genre. She will forever be known as the vocalist for melancholic metallers The Gathering, but since striking out on her own in 2007, she has solidified a solo career, recorded and performed multiple times with Canadian metal genius Devin Townsend, and lent her honey-sweet, yet powerful voice to the likes of Anathema, Icelandic folk group Árstíðir, Within Temptation, Ayreon mastermind Arjen Lucassen, Moonspell, John Wetton and Napalm Death.

Residentie Orkest The Hague was founded by its first principal conductor Henri Viotta in 1904 and quickly attracted composers like Richard Strauss, Igor Stravinsky and Maurice Ravel. The orchestra’s reputation as one of the finest orchestras in Europe makes it an appropriate figurehead for Dutch city The Hague as a cosmopolitan place of justice, peace, and culture.

Having proven her credentials and immense vocal talent for 13 years as front woman of The Gathering, in 2007 Anneke van Giersbergen felt it was time to begin her own solo career. Along with her new band Agua de Annique the charismatic singer quickly established herself as a solo artist, releasing several albums to critical and popular acclaim.

2012’s ‘Everything is Changing’ was something of a milestone in Anneke’s solo career. The album, which was the first to be released under her own name got her nominated for two Edison awards – Holland’s most prestigious music prize – in the categories ‘Best Female Artist’ and ‘Best Album’. On March 20 2015, Anneke van Giersbergen and Arjen Lucassen (Ayreon) released their collaborative album ‘The Diary’ under the name The Gentle Storm.