ALTER BRIDGE and SKILLET will embark on a co-headline tour this fall. The Victorious Sky trek kicks off on September 22 in Baltimore and runs through October 25 in Orlando. DIRTY HONEY will also appear. All confirmed dates are below. Regular tickets go on sale on Friday, June 28 at 10am local time. Pre-sale tickets and VIP upgrades are available on skillet.com and alterbridge.com. 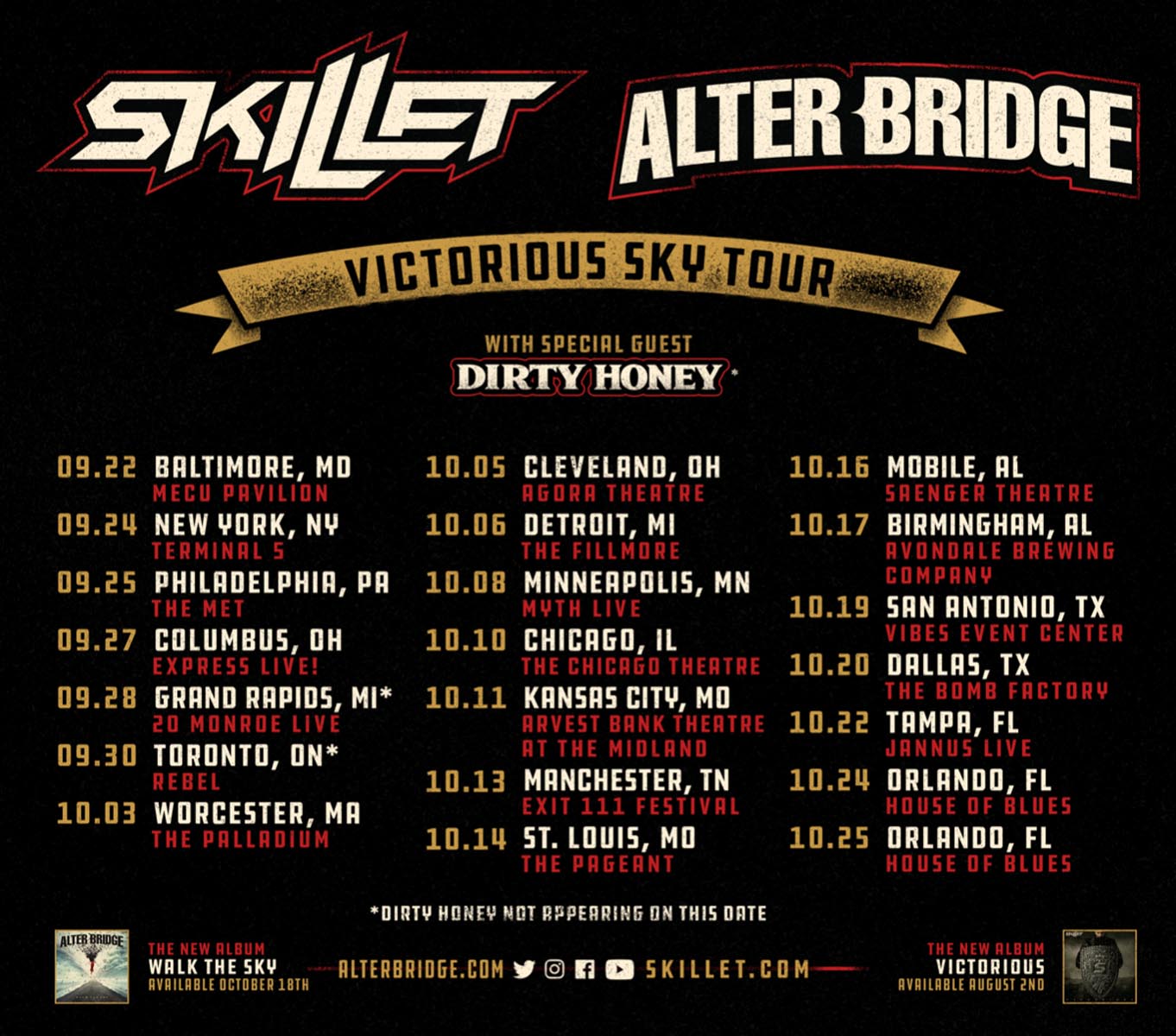 Multi-platinum and twice Grammy-nominated supergroup SKILLET were recently welcomed into Pandora’s Billionaires Club, clocking over 2 billion streams. They will release their tenth album, Victorious, on Atlantic Records on August 2. Coupled with the production strides made in the last full-length studio offering, 2016’s Unleashed, lead singer John Cooper and wife/guitarist/keyboardist Korey took the reins for the bulk of production on Victorious  – a career first.

“Unleashed recharged us, and we returned to what we love about writing,” continues John. “It was tight and electronic hard rock. We wanted to keep the sound modern and pull in influences from hip-hop drums and keyboards, while staying riffy. Victorious started there. Our confidence was sparked by the last record and all of the other projects. We were feeling prolific. We thought, ‘We can produce our own SKILLET album.’ It lit a fire. Korey and I have produced in the past, but nothing quite like this. It’s a brand new season.”

For over 15 years, ALTER BRIDGE have been known for blurring the line between hard rock and heavy metal. Building upon the sound that has won the band worldwide critical acclaim and a devoted global fan base, the band returns with its sixth studio album, Walk The Sky, out October 18 via Napalm Records.The first single from the LP, called “Wouldn’t You Rather”, will arrive in early July. Other songs included on the record include “Dying Light”, “Godspeed”, “Native Son” and “Walking On The Sky”. A song called “Forever Falling” features guitarist Mark Tremonti on lead vocals.