Following the release of a bold new track last September—the popular radio hit “Flare of Defiance”—Portland, Oregon’s alt metal-prog hard rockers Veio are set to release their new album “Vitruvian” on June 19 through Silent Majority Group. Inspired by the name of a famous sketch from Leonardo da Vinci in 1490, the band has conceptualized and translated the artist’s legendary “proportions of man” into a sonic interpretation by giving each song on “Vitruvian” a theme, emotion and proportion of its own.

“The themes and emotions distinctly expressed on this record are defiance, self-ownership, spirituality, anxiety and depression, deceit, bloodlust, grief and awe and wonder,” says bassist/vocalist Kris Lewis who joins brothers Cameron Byrd (vocals/guitar) and Brett Byrd (drums) in the project, which is named for an Etruscan city-state during the time of the Roman Empire.

“Vitruvian” was recorded over a year-and-a-half with Stephan Hawkes (Chelsea Grin, Attila, I Declare War) at Interlace Audio in Portland, with additional production by Sylvia Massy (Tool, System of a Down) who has called Veio “the loudest band” she ever recorded. To her point, the cops were called as the band tracked drum parts.

“We have experimented in taking the programming and synth production to a level we’ve never incorporated before,” adds Lewis. “We have also spent a lot of time on new guitar tones and effects to take, what we feel, is a step forward for our music. We wanted to incorporate subtle elements of electronica to give it a bit of a cinematic effect to enhance the depth of the instrumentation, while still playing around with odd time signatures and polymeters and maintaining anthemic and singable choruses.” 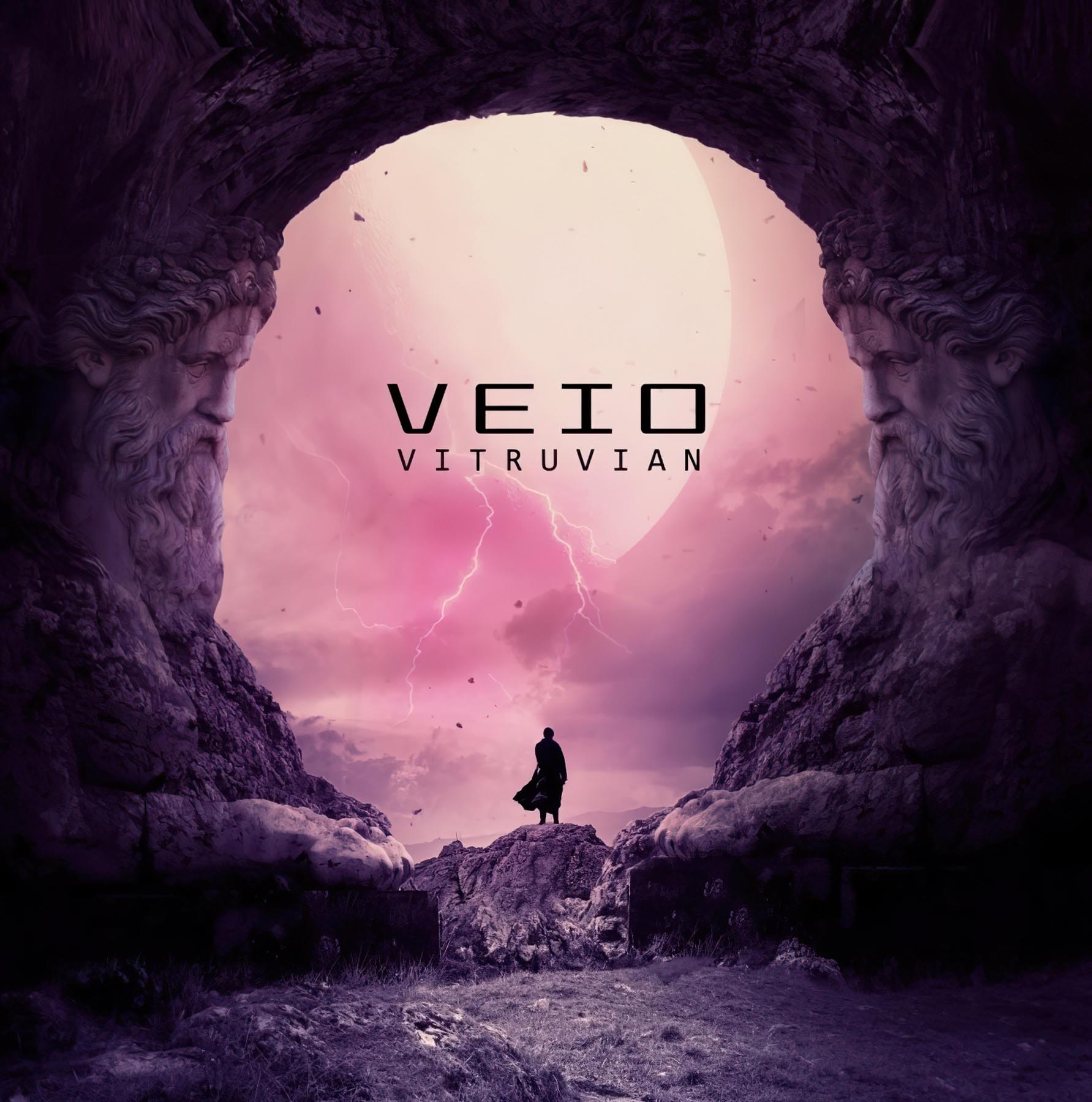 The first single, “Flare Of Defiance” was a hit at Active Rock Radio, entering into the Top 30, while also being named a Top 10 Metal Contraband Track. After being placed on a number of official playlists, the song has also helped the band reach the 1 million streams benchmark on Spotify in recent weeks. See the video for “Flare Of Defiance” below.

Veio is part of the notable Silent Majority Group that has managed the careers of Creed, Saving Abel, Paramore, Candlebox, Sevendust, Tantric, Framing Hanley and Brother Sundance. SMG is a music company made up of Silent Majority Recordings, a global and fully functioning record label currently promoted and distributed by Warner Music Group/ADA, and JHMP, a full-service artist management company.