Founding KISS guitarist and Rock and Roll Hall Of Fame member Ace Frehley has announced the release of “Origins Vol. 2”, his highly-anticipated second collection of eleven rock ‘n’ roll covers, due out on September 18, 2020. Today, he also releases the first single, a flawless cover of Deep Purple‘s 1972 hit, “Space Truckin'” available now on all streaming platforms, and as an official music video which you can see below.

Ace offers: “‘Space Truckin’ was recorded years ago, and then I just re-recorded some parts and changed it a little. We never ended up putting it on a record, so it was just sitting around. It turned out very well. Rob Sabino is a very accomplished studio musician, and we actually grew up in the Bronx together, so we go way back.”

The official video for “Space Truckin’” was directed by eOne‘s Ken Gullic and animated by Chris Fequiere, the same team behind the “Mission to Mars” music video from Frehley‘s “Spaceman” album in 2018.  Frehley has also re-signed with eOne for more new releases, which extends his original deal signed in 2013. During his tenure, he has released three albums worth of new material, “Origins Vol. 2” is the fourth. A new studio album is planned for 2021 with two additional releases to follow.

Frehley continues his reflections on a lifetime in music with this release of “Origins Vol. 2”. No stranger to cover versions throughout his musical history — having recorded, rebranded and repossessed such notable nuggets as “New York Groove,” “Do Ya” and “I Wanna Go Back” throughout his eight previous studio efforts — this new collection presents a thoughtful and exciting selection of songs that inspired and helped shape the legendary guitarist. That spirit of fun is carried through with exquisite execution, and guitar aficionados will enjoy Frehley‘s fresh interpretations of these classic songs. 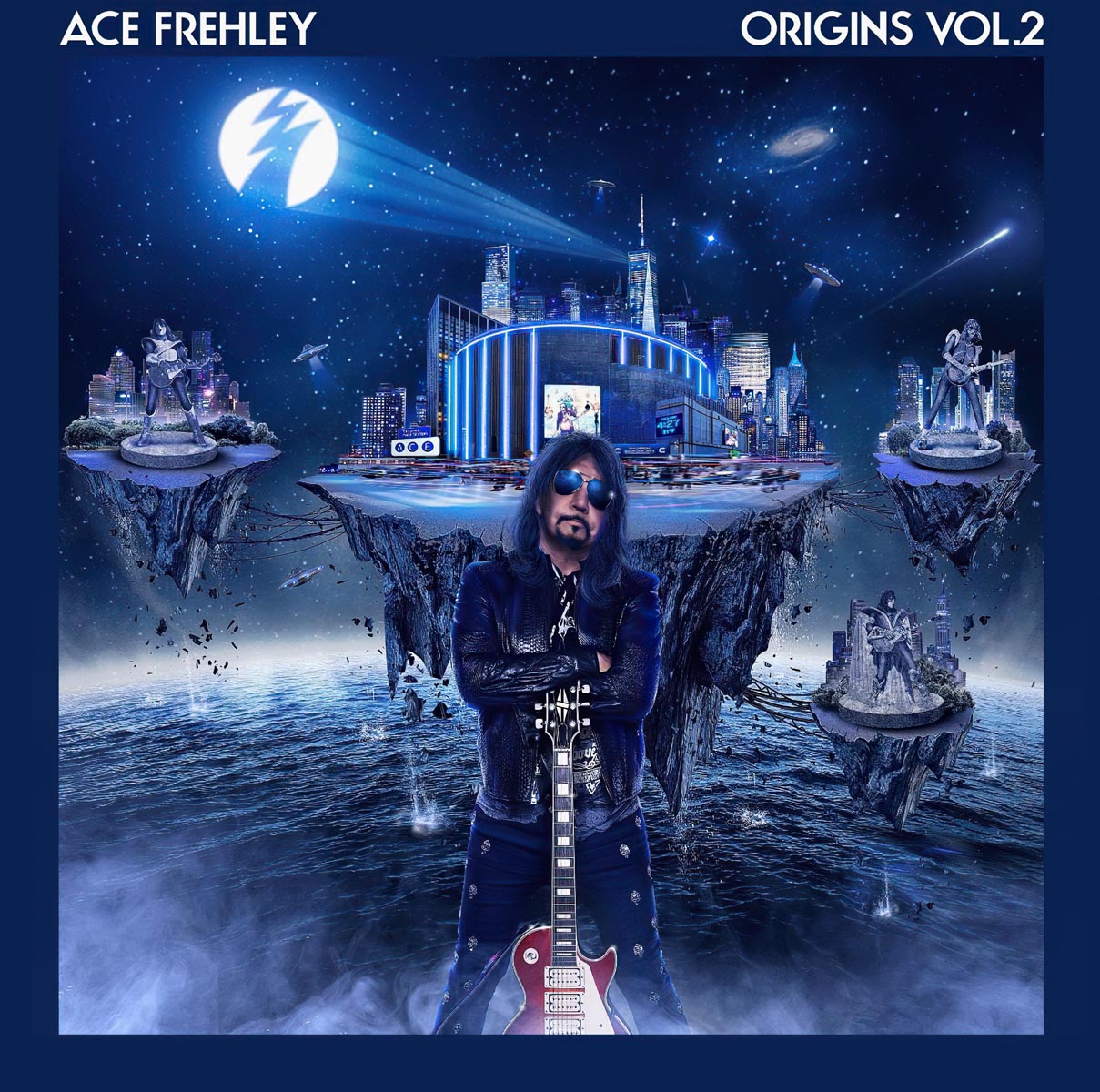 “Origins Vol. 2” will be the follow-up to 2016’s “Origins Vol. 1”, which hit #23 on the Billboard Top 200 chart, and was his second highest-charting solo album and his 4th Top 40 album.  Pre-orders are available today at www.acefrehleyorigins.com — which includes an exclusive 180g Opaque Gold Double LP variant (limited to 1000 copies + download card).