Making an impact on the Canadian’s 80s thrash scene, Ottawa legends INFRARED returned this year to cement and carry on their own legacy with their new album “Saviours” featuring all new music to follow their EP “No Peace”, which featured tracks all written in the 80’s and only recently heard by fans in 2016. Featuring eight brand new tracks, “Saviours” is thrashy, aggressive, melodic, heavy, and tight, which is clearly evident in the band’s new video “Father of Lies” which can be seen below.

Vocalist Armin Kamal comments on the track: “Father of Lies – Is the most layered song on Infrared’s “Saviours” album. It’s first three verses are pulled directly from the Bible which describes the Father of Lies (Satan), but the song moves to show the abuses of power from the clergy against its own practitioners, mainly children, in such an evil manner that it is clear they are no better than the father of lies they preach against. So here we have a group of people portraying themselves as saviors all while living complete lies and spewing lies in an effort to conceal and satisfy their sick desires.” 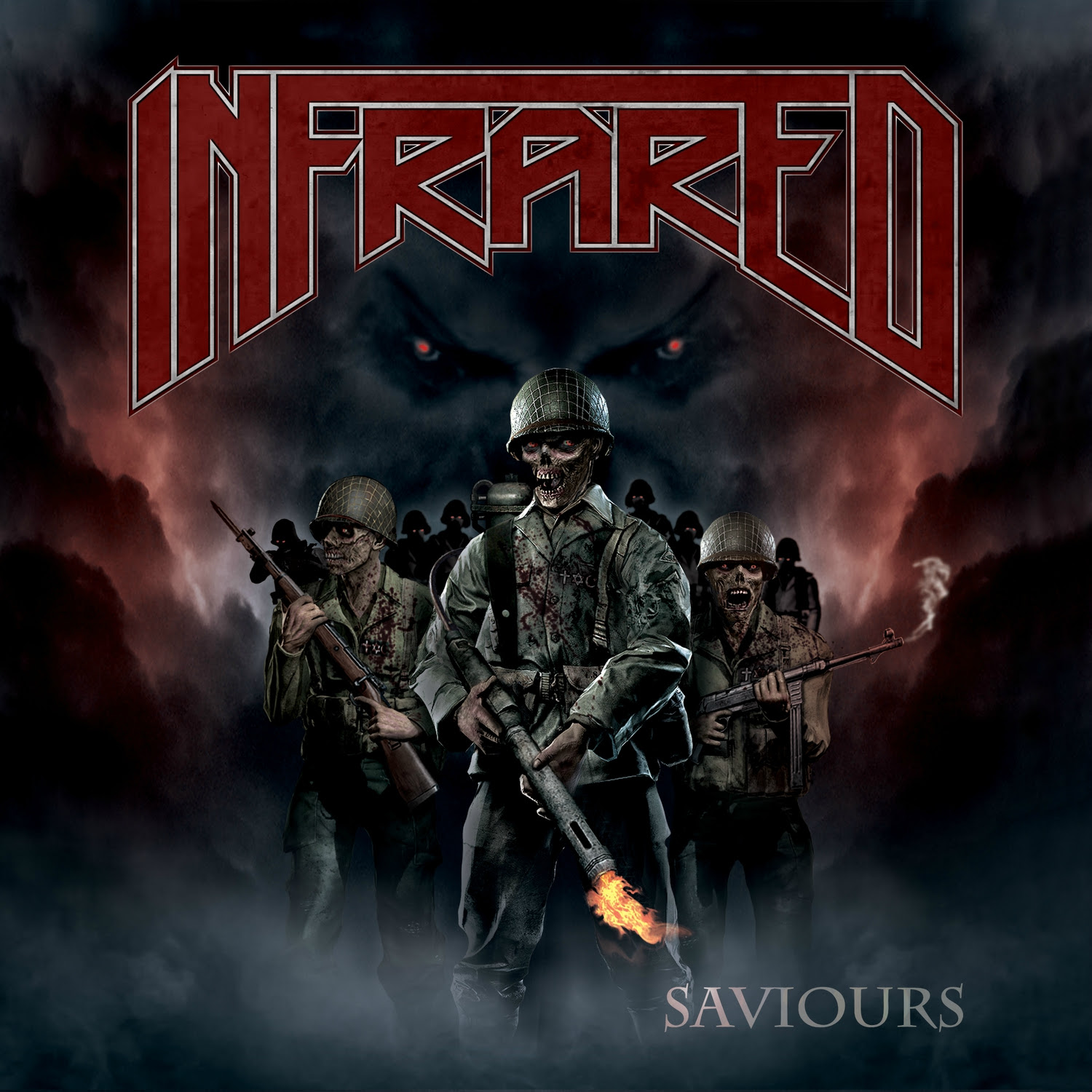 Kamal also adds about the new album: “Infrared is extremely excited to release our sophomore album “Saviours”. This has been in the works for about 2 years now and is something we are very proud of. “Saviours” has fulfilled a goal of ours to create some brand new music the way we know how, with an old school 80s thrash feel along with a contemporary sound that encompasses our influences beyond the 80s.

While not explicitly a concept album, the album is heavily themed on the idea of false “Saviours” who claim to do good for others but are really self serving in their intentions. We like to inspire independent thought and a cautious view of the intentions of those who promote themselves as leaders. This message has been captured with 8 brand new songs that highlight the diversity in which this band makes music. While all songs stay true to our roots, they each offer a piece of what Infrared has to offer our fans. From fast and thrashy to melodic and dramatic, “Saviours” delivers a punch from start to finish.”

“Saviours” is available for download and stream on InfraredMetal.ca, iTunes, Spotify, Amazon, Bandcamp, CD Baby and all other major online retailers. A full album stream can be found at this location.