The band was founded in 2014 by Steph Honde while living and recording in Los Angeles, California. The album was written and recorded over 14 months after Honde enlisted Canadian session and touring bassist Ronnie Robson as a partner. “Thriving On Chaos” consists of nine original compositions and three cover songs, and was released last December 20th, 2019 – with Voice Music (Brazil) and Bickee Music (Japan).

The album features the late Ted McKenna (Rory Gallagher, Michael Schenker Group) on drums for the song; “Running Up Hill”. Steph Honde approached Ted a few years back to record a demo for another song, which was recorded but never released. Another song was written around Ted‘s drum track and added to the album after Ted‘s unexpected death. This was done to pay tribute and respect to Ted‘s amazing talent and career.

Not only do Hollywood Monsters have an amazing original soundtrack, they also celebrate some of the greatest rock songs of all time, fulfilled masterfully with a live energy that is second to none – turning the music dial to reflect the subconscious of our life’s soundtrack. The album is a clear demonstration of that, with the band firing on all cylinders and presenting the raw energy of their live performances with their own compositions and also with a great selection of covers such as Goddo‘s “Drop Dead (That’s Who)”, Thin Lizzy‘s “Cold Sweat”,  and “I Don’t Need No Doctor” by Humble Pie. 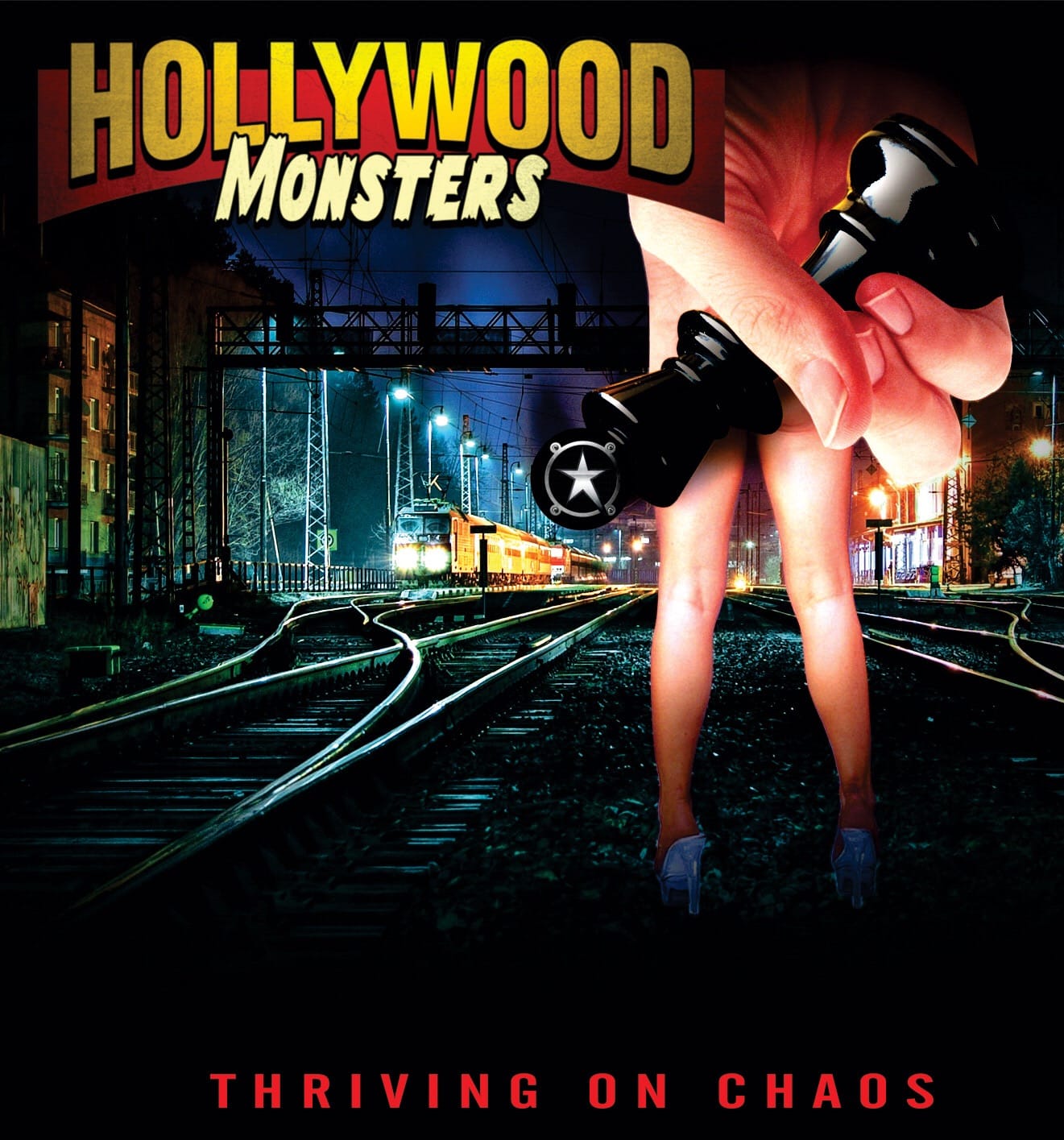 Hollywood Monsters have plans to be touring around the globe in 2020, with an all-star lineup (with special guests along the way) after the Covid-19 pandemic menace is over. In the meantime Sonic Perspectives collaborator Rodrigo Altaf met with bass player Ronnie Robson and the two of them discussed the genesis of the band, touring plans, the writing and recording of “Thriving on Chaos” and his other musical endeavors.

Purchase “Thriving On Chaos” from this location.