The metal God Rob Halford will be releasing his highly anticipated memoir, “Confess, The Autobiography”, on September 29th via Hachette Books. Not many bands can leave a lasting impression, and legacy like Judas Priest have done over the last half-century. Arguably one of the world’s biggest bands in the world, Judas Priest have become a household name due in part to Rob Halford, who has helped catapult the band to success as singer and songwriter. Judas Priest continues to fly the flag for heavy metal throughout their career to legions of fans worldwide while selling upwards of 50 million records internationally.

Rob‘s memoir spans his entire life, including hiding his sexuality, writing hit albums, touring the world, publicly coming out as gay, leaving Judas Priest in 1992, and rejoining in 2003.

“Confess, The Autobiography” is a must-read for Judas Priest fans as it is written from a place of honesty and passion while done with integrity. Pre-orders for the book are available here. 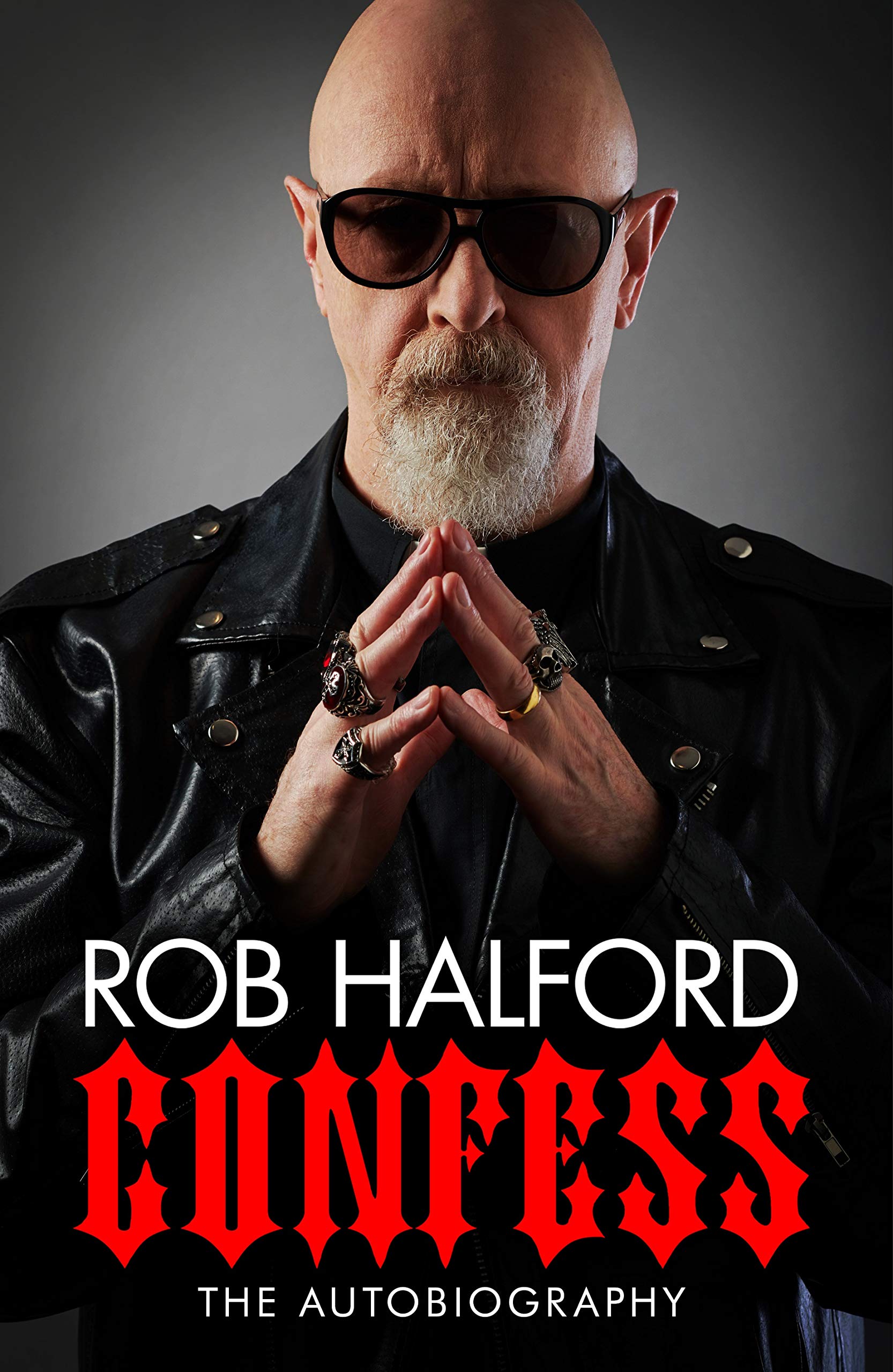 Correspondent, Robert Cavuoto, caught up with Rob Halford for a candid interview where he shares what it was like hiding his sexuality, if he regrets sharing some of the more candid stories, and what he has learned about himself through writing this book. Read the transcript of their conversation below.

The book’s title became more apparent with each chapter that this was less about providing a historical account of being in Judas Priest and more about you as a gay man learning to adapt in the world to find love. Would you agree?

Absolutely! That was one of the important parts of my life. Working with Ian Gittins on the book, he was able to get that out of me. It’s what makes us people. I would like to feel there are parts of this book which are relatable to others. Everybody is the same, as we all share similar life experiences. There are so many things that happen to us; we are almost identical no matter where we are from. I’ve traveled the world and seen how our music can touch people from all walks of life and professions. Confessing these stories or episodes is important, and it gives the reader a look-see into this guy that you only see from one point of view.

The stories you shared are very candid. Do you have any regrets about sharing some of them with the world, your friends, your family, and band-mates?

That’s a really great question! When I was sitting with Ian, I was very open and honest. It just flows out of me. Being clean and sober for 30 years I don’t lie anymore, nor do I hold anything back. I like people to be the same towards me. I don’t doubt for one minute that some people will be shocked by what’s in “Confess” . This is my life, and me telling you all the important parts of it. It’s up to you to decide how to interrupt and utilize it. Going one step further, when I was having these long sessions with Ian, I would stop and go, “Why did I say that?” particularly with some of the family incidents. I really had to let that go. The book isn’t even out yet, and I think about it nearly every day! I have to find a commonplace because I am exposing parts of my life, which some people will be quite shocked. That’s not my intent. When you are confessing, it’s exactly what you are doing. To protect certain individuals, we just changed their names out of respect. It’s crazy, some days I feel great that it’s all out there. Some days I would like to rewrite a paragraph or part all over. I’m sure I’m not the first person who has made this kind of book. Quite frankly, if I weren’t feeling that way, I would think there is something wrong with me! I’m a very emotional person. I’m still trying to find a settled place. That is why these interviews are good for me as I can talk things out.  Talking and communication are so vital to us in life, especially when we are trying to figure things out. 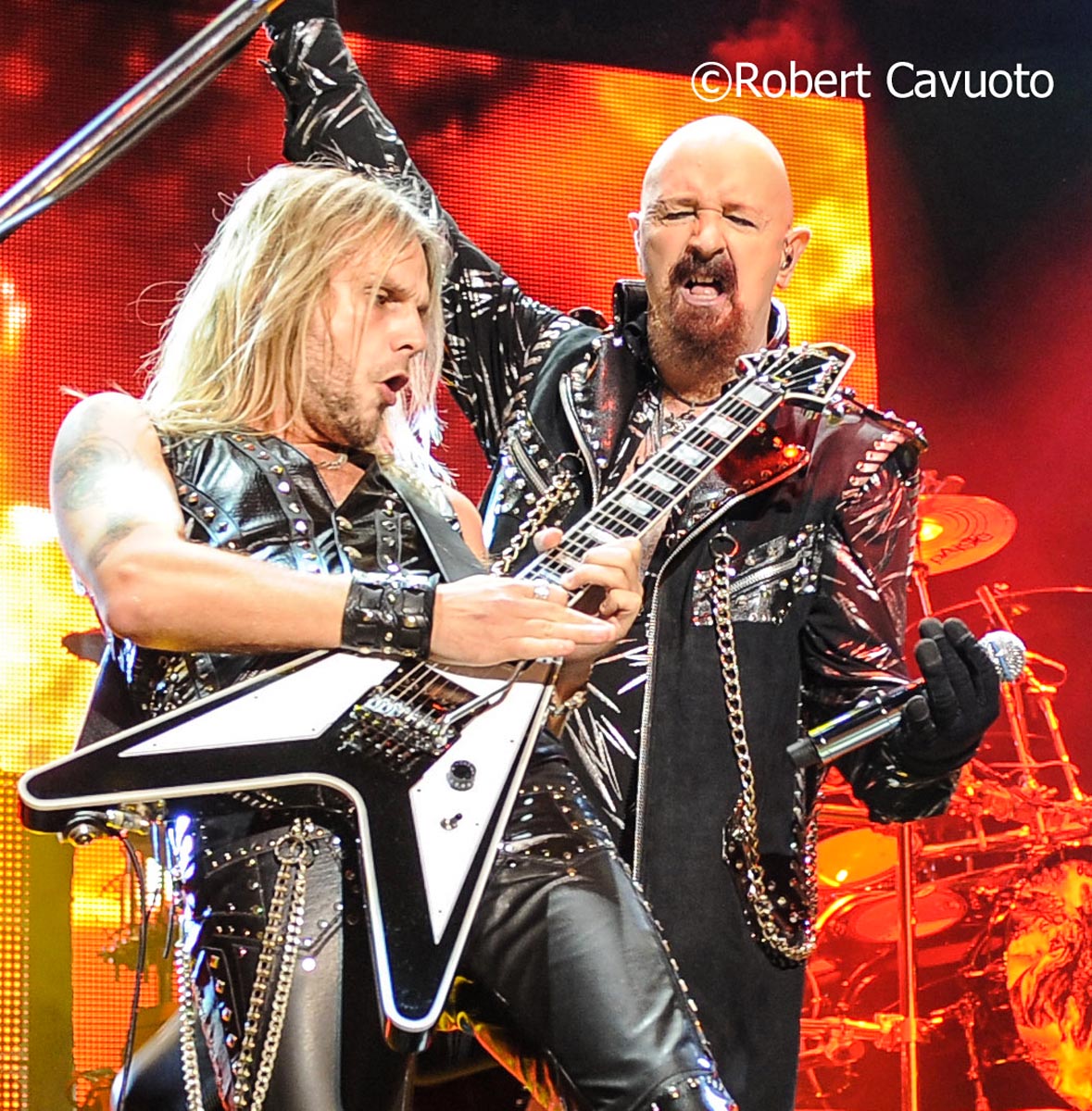 Nowadays, celebrities would never be able to have any secrets because of cell phone cameras, and everyone is a Paparazzi.

It’s still a fact, in certain parts of the world, people like me get hung and thrown off of buildings; it’s horrific. As far as the book and my journey, I may not have been able to have a secret; you are absolutely right. Those were days, the elephant may have been in the room, but it was before cell phones, emails, and websites. It’s a different world, but the prejudice and the attacks still exist.

I found it fascinating that at times the band struggled with communicating with each other. It seemed to be the root cause of the break-up when you wanted to do a solo record. How was it that nobody was able to pick up the phone to rectify some of those miscommunications?

Oh God, it’s crazy, isn’t it! Every band is like Priest and Priest is like every band. The way we communicate on stage with our music is phenomenal, it’s the best, yet when it comes to talking about our emotions or intimate feelings, it’s impossible. In a parallel sense, some families have a dysfunctional streak going through them. You’re not so much interested to opening up a discussion as you are to “how do I take this feeling” to this person without them rejecting it or attacking me. It’s a peculiar way bands work, and that’s why bands break up, or a band member leaves because it’s such a volatile environment. Your whole experience is draped on the emotion of your music. That is why I liked to talk about it in “Confess” to give a little insight. With me, on a personal and psychological level, there is this theme where I don’t like confrontation because of what has happened to me in the past as a kid. It’s all about the remarkable human make-up that we all possess.

Since your return to Priest and the band is going stronger than ever. Has the communication between you and the other members improved?

Yeah, it’s a never-ending cycle; to some extent, isn’t it? I know what you are referencing at the moment, and I’m not going to go into that journey. It’s tough to even talk about it on a level that doesn’t open up a can of worms. There it is. It’s what being me is all about. 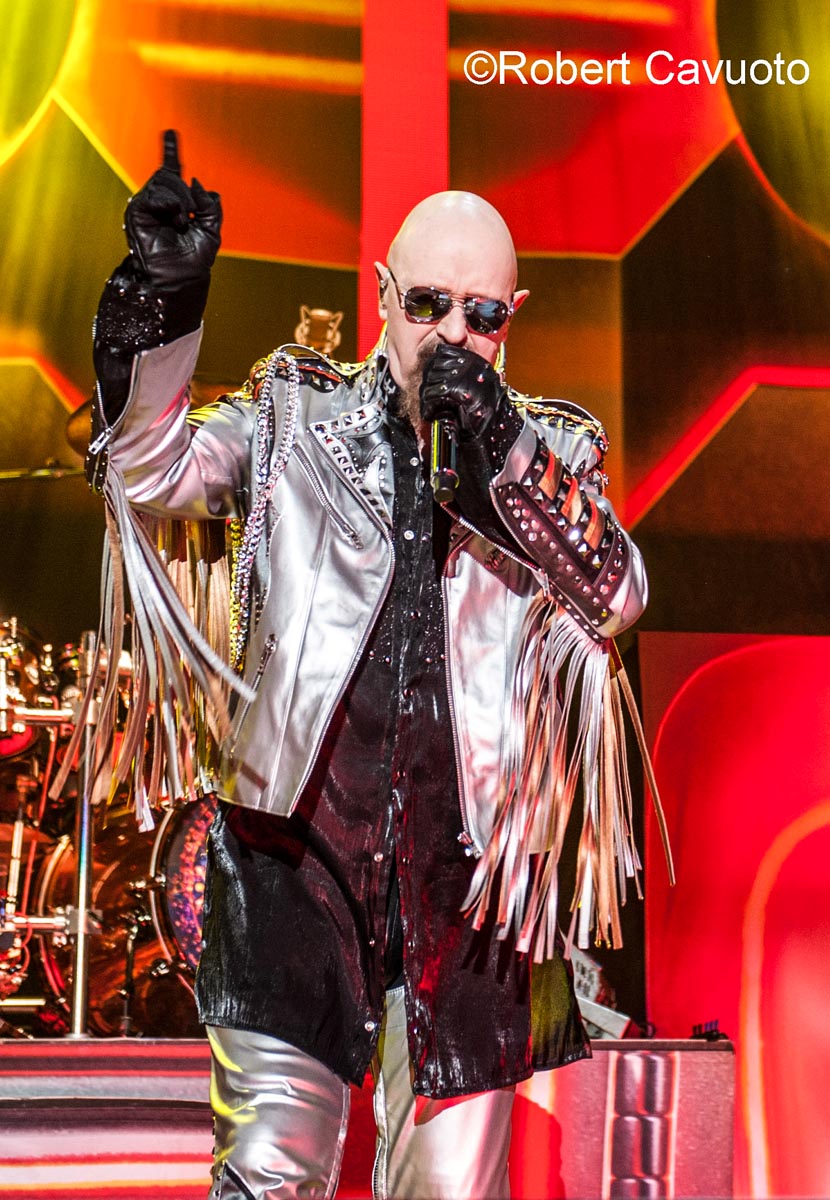 In the book to talk about the great times, you had with the band. Was there a period of time or era with Priest that really resonated with you, whether it the most memorable tour, album, or something special?

There were moments that resonated with me like how the “Screaming for Vengeance” record turned out, and its surprise hit single with “You’ve Got Another Thing Comin” here in America. I can say the same about British Steel Tour and the Painkiller Tour. Also, the Firepower Tour that we recently concluded. They are all important and have tremendous value, but some push ahead a little more than others.

Now that the book is completed and you had time for it to breathe was there anything you learned about yourself?

[Laughing] I’ve read the book so many times, and I still can’t believe some of the things I’m reading! It’s a little like me being on a psychiatrists’ couch, and it’s probably done me a lot of good. There are things about myself that I’m not particularly happy with. I think that is what “Confess” is all about; confession is good for the soul as we say towards the end of the book! It’s taking stock and account of your life. I’m turning 69 in a few days, and it’s never too late to reflect on who you are, what you have done, what you are trying to do, where you are now, and your hopes and aspirations still to come. I think it has a self-help value as far as in all the psychological areas are concerned. Ian was great in the way he balanced the humorous antidotes with the deadly serious stuff. It’s a thorough example of how great of a writer he is to pull it all together to be an extremely comprehensive autobiography.

It was definitely a page-turner as I wasn’t able to put it down at times because I wanted to see what was going to transpire next.

It’s great for you to say that. I’m the same when it comes to some of the books that I like to read; I can’t put them down. Everything I have done in my life and put out to the public has been very important to me in terms of aesthetics, sincerity, hard work, conviction, and energy. It’s great to hear you say that as it’s exactly what went into the making this book. This is a very strong book for what it represents, what it talks about, and how it is expressed. 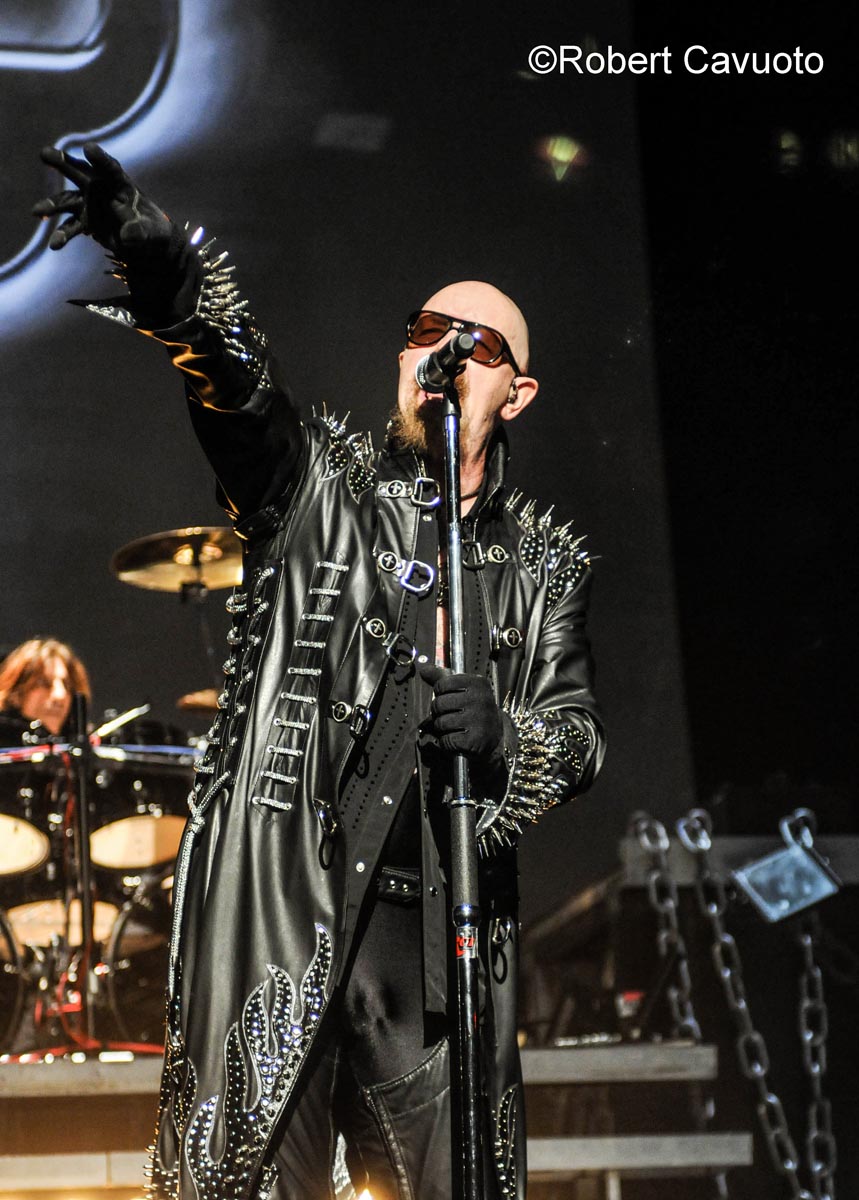