Michael Schenker is a legendary figure in rock, one of the most gifted and influential guitarists of all time. His work with Scorpions, UFO and the Michael Schenker Group made him a hero to millions of fans and inspired a generation of musicians, including Steve Harris of Iron Maiden, Kirk Hammett of Metallica, and Slash of Guns N’ Roses. And with Michael Schenker Fest, an ambitious and unorthodox project featuring four singers with whom he has worked since 1979 – Gary Barden, Graham Bonnet, Robin McAuley and Doogie White – the drive to create new music is based on the same ethos that has shaped Schenker’s whole career, ever since he recorded his first album “Lonesome Crow” with the Scorpions in 1970 at age 15.

Michael Schenker Fest was born on stage. The first show, in 2016, featured Barden, Bonnet and McAuley performing songs from their respective eras with Schenker, backed by bassist Chris Glen, keyboard player Steve Mann and drummer Ted McKenna . As Schenker says, “It was the perfect time to get this together. If something is meant to be, you don’t have to force anything. It just went so easy even though it’s a complex undertaking, getting everyone together. And the fans loved it so much that I thought, how about Michael Schenker Fest in the studio?”

Resurrection, is Schenker upcoming an album of brand new material, on which Doogie White was also enlisted. Unfortunately during its making, just a month before Ted McKenna was scheduled to record his drums he passed away at the age of 68. McKenna had first played for Schenker way back in 1982 on the Michael Schenker Group’s album Assault Attack. Schenker says. “Ted remained the same humble person that I first met back in the ’80s. He was all heart. When Ted died, it was very hard to come to terms with it. But deep down I knew that he would have said, ‘Keep on rocking, Michael.’ That was the only way I could move forward.” 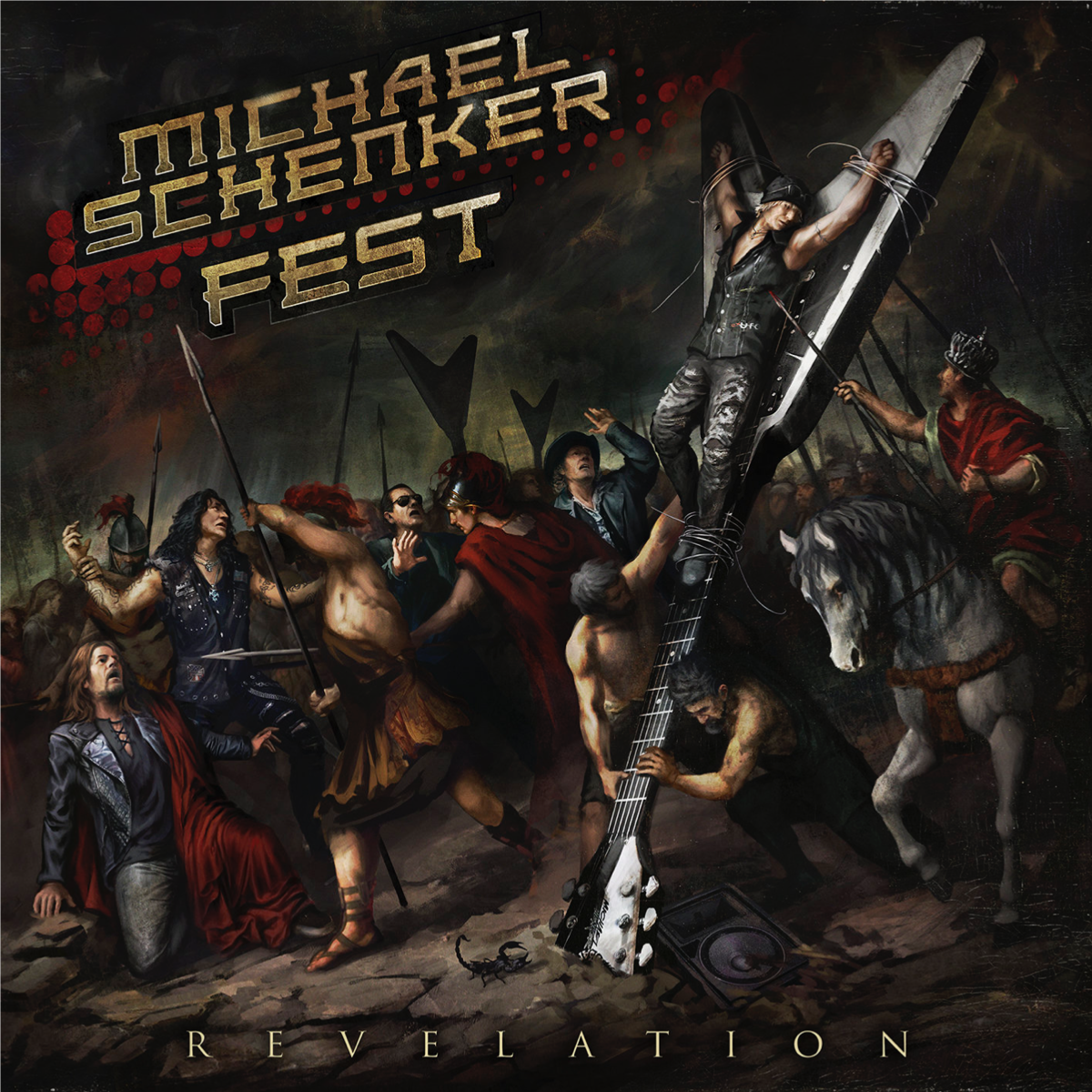 In the wake of this tragedy, the Revelation album was completed with two different fantastic drummers, both trusted friends of Schenker’s. Simon Phillips had played on the Michael Schenker Group’s self-titled debut album from 1980, and in a long and distinguished career has also worked with Jeff Beck, Mike Oldfield, The Who and Toto. The other drummer on Revelation is Bodo Schopf, who was a member of the McAuley Schenker Group, fronted by Robin McAuley, in the late ’80s. Energy and emotion are words that Michael Schenker keeps coming back to, and those qualities run deep in Revelation from the first song and single “Rock Steady”, an anthem lit up by those four great voices, all the way through to the finale “Ascension”, an archetypal Schenker instrumental in the tradition of his 1980 tour de force Into The Arena.

Skilled interviewer and lifelong fan of Schenker‘s music Michael Francisco took the opportunity to talk to the guitarist about how Revelation came to be, the studio challenges with so many vocalists, the collaboration with Rainbow‘s singer Ronnie Romero and Schenker‘s long and storied career in a relaxed conversation that can be heard in the links below. As usual remember to subscribe to our Podcast in several platforms to listen and be notified about new interviews and contents we publish on a daily basis.