Mark Kendall of Great White discusses the history of the band’s formation; his musical influences; the story behind his very first guitar; exciting plans for the band, such as a new album and a documentary; staying healthy on the road; and which Great White album was his all-time favorite.

“My, my, my, I’m once bitten, twice shy, baby!” With a revitalized ambition and a never ending dedication to their fans Great White today is a band that has endured for almost 40 years, and is still doing what we’ve always set out to do, by writing songs and performing them to people, and making them happy. Other bands of their generation have come and gone, but Great White’s music has stood the test of time. Mark Kendall (guitar), Michael Lardie (guitar, keyboards), Audie Desbrow (drums), Scott Snyder (bass), and Terry Ilous (vocals) are delivering that Great White sound we have all come to crave.

Emerging from the Hollywood club scene, they had their commercial breakthrough with 1987’s Once Bitten album, then scored their biggest hit with their 1989 version of the Ian Hunter song ” Once Bitten, Twice Shy”. Thirty years ago, Great White was playing with Whitesnake in arenas filled with 16,000 or 17,000 people. It was an exciting time for the band and the classic rock genre. The band has since changed its venues to festivals, casinos, bike rallies and the likes. The new shows are still big but in a different way. 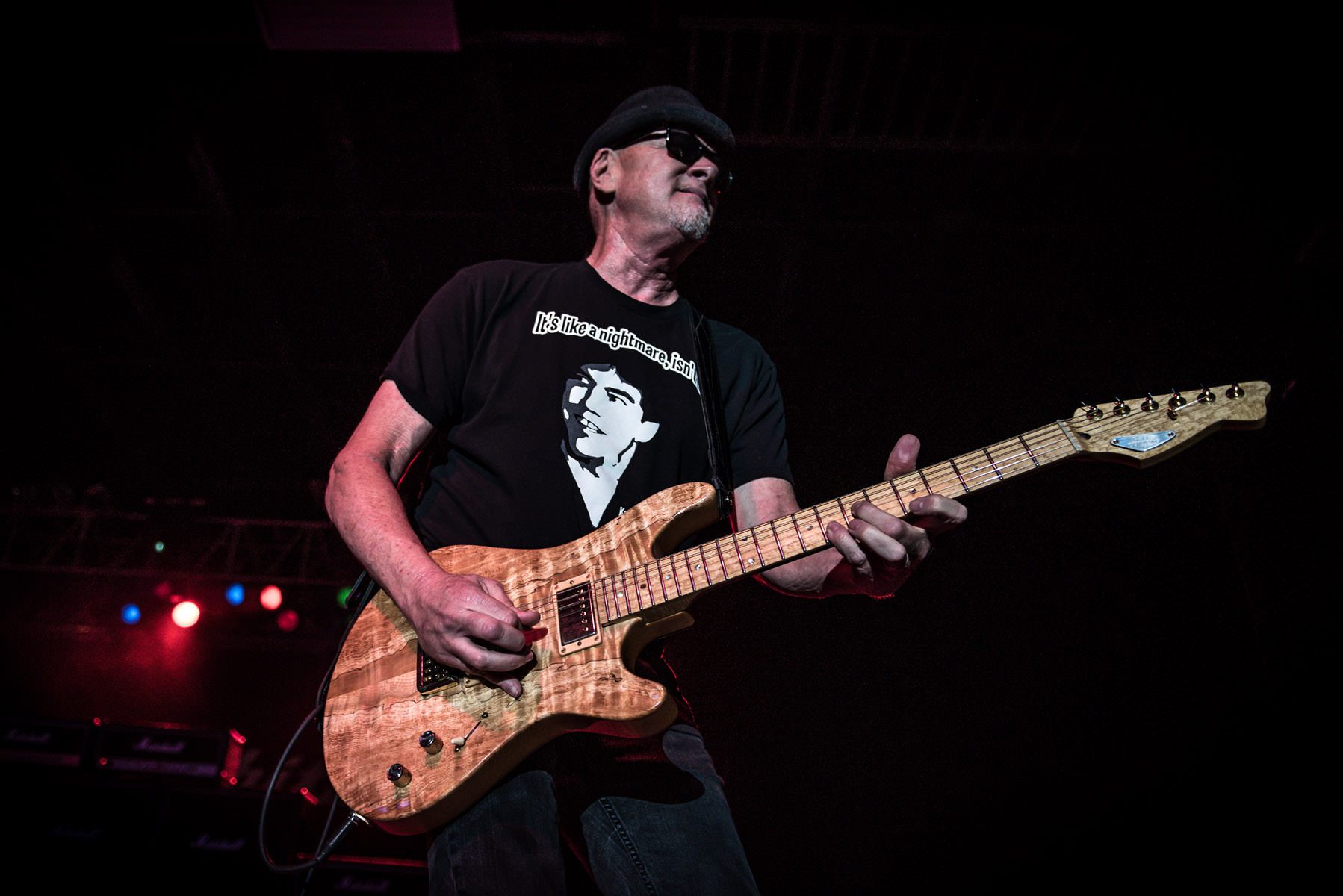 Founding member and lead guitarist Mark Kendall and I spent a half hour on the phone discussing the bands successful career, memories of his first ever guitar, how he has evolved as a musician through time, which album was his all-time favorite, the band’s plans for the immediate future, and the life on the road these days.