Having first emerged from the Bay Area thrash scene in 1984 alongside the likes of Exodus and Testament, Heathen is preparing to release their fourth full-length album “Empire of the Blind” on September 18th through Nuclear Blast Records, following more than ten years after their third album “The Evolution of Chaos.” Heathen is no stranger to long gaps between albums, having taken 19 years between the release of “Victims of Deception” and “The Evolution of Chaos,” but throughout their decades-long career the band retains their commitment to sonic variety and enduring enthusiasm. Despite finding their footing alongside thrash metal mainstays, Heathen have always borrowed from a number progressive and melodic influences, with “Empire of the Blind” being no exception. From tracks filled with speed and aggression through epic melodies inspired by 70s rock, this latest opus is set to please fans of thrash and beyond.

Guitarist and songwriter Kragen Lum joined the band in 2007, and has since played a significant role in songwriting for Heathen alongside founding members Lee Altus and David White. Lum and Altus both spent much of the last decade on the road with Exodus, and have cited this aggressive touring schedule as contributing to the gap between the most recent Heathen albums. “Empire of the Blind” also boasts an updated lineup, joined by drummer Jim DeMaria (Toxik) and bass player Jason Mirza of Lum’s band Psychosis. With initial songwriting and demos dating back to 2012, “Empire of the Blind” is a collection of expertise and inspiration from thrash and beyond. 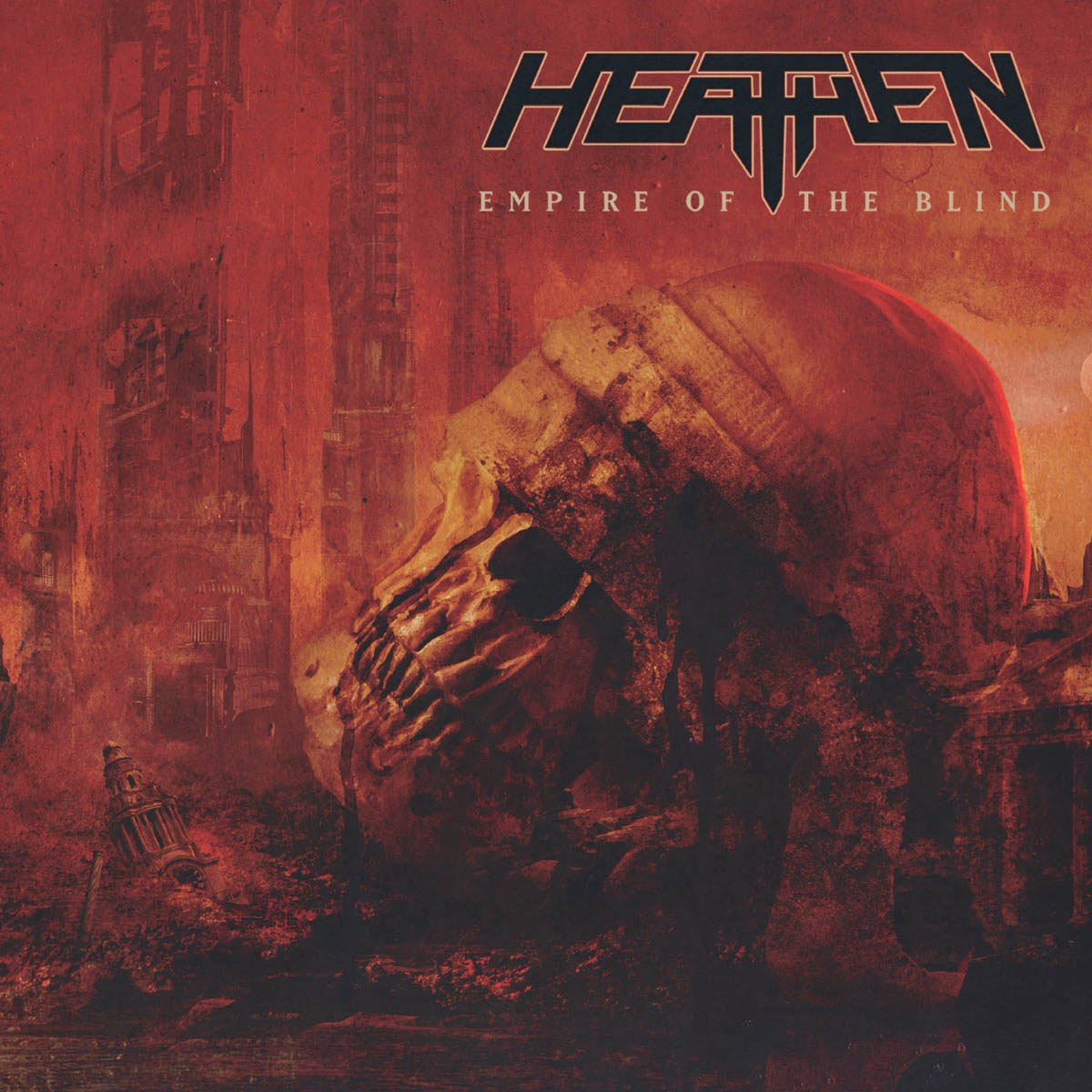 “Empire of the Blind” Album Artwork

Lum spoke with Sonic Perspectives contributor Samantha Buckman on the songwriting process behind “Empire of the Blind,” the addition of Heathen’s latest members, as well as where the band stands in the past and present thrash scene.