“…At a show in Sacramento, in the space of five minutes, three people came up to me with life-changing stories. They told me how my music had helped them to deal with the loss of people close to them… ”

And now, this past April 17th 2020, The White Buffalo released a new studio album, “On The Widow’s Walk” – a loosely linked collection of dark thrills produced by Shooter Jennings, who also provides piano and keys. With an eclectic history and catalogue to his illustrious name, Shooter doesn’t believe in sticking to the rules. He works with a diverse selection of artists, from Marilyn Manson to Tanya Tucker, and his collaboration with The White Buffalo has produced a special, signature release. 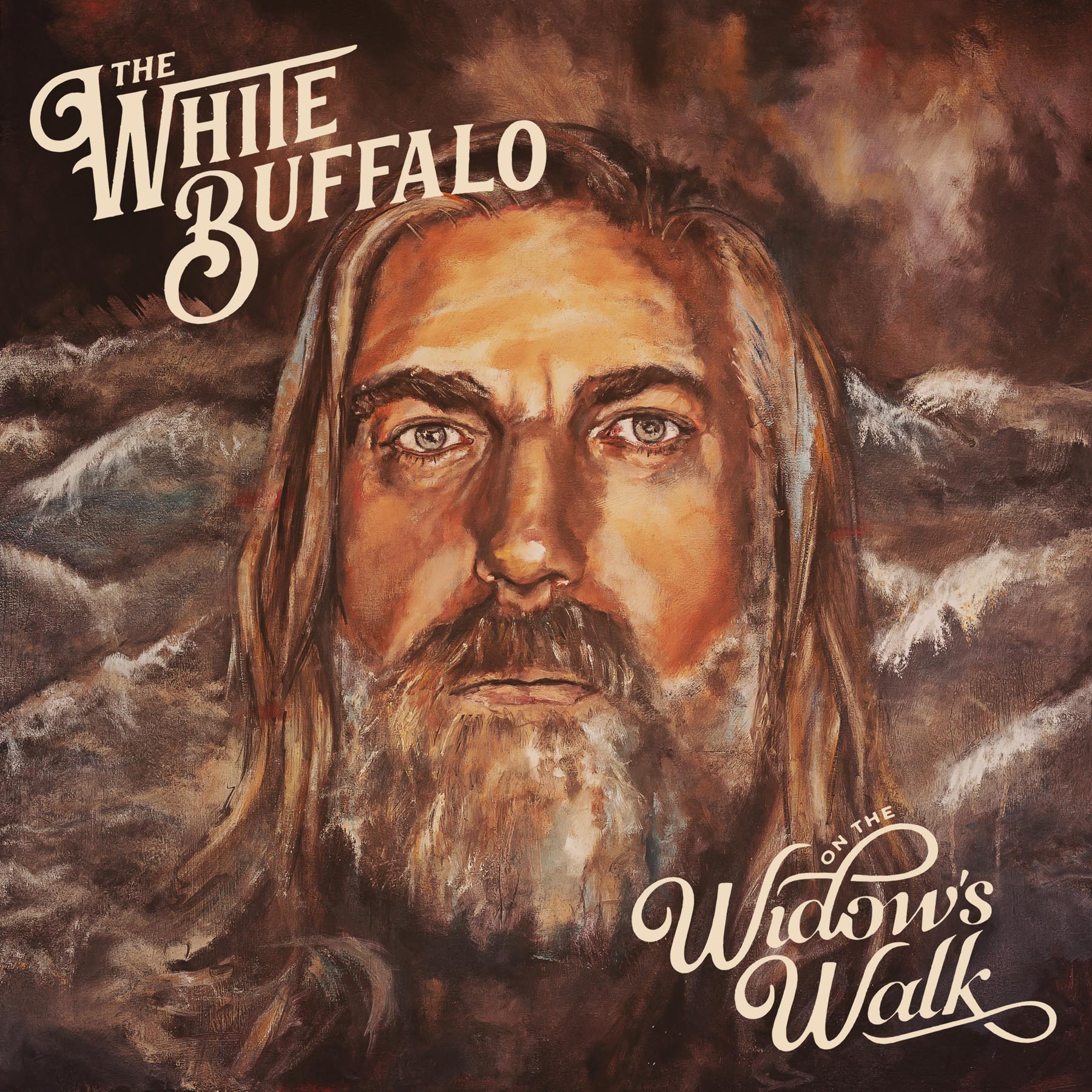 “On The Widow’s Walk” Album Artwork

Born in Eugene, Oregon, but raised in Huntington Beach, Southern California, Jake Smith is master of his own domain. Like so many creative spirits, he is often drawn to the shadowy side of the street, unveiling scenarios – effectively mini-movies – that sometimes have their roots in reality, sometimes not, but either way are delivered with unswerving conviction. It was country that grabbed him first, his parent’s music of choice, then punk that sound-tracked his high-school days – an early indication that for Jake Smith, later to adopt The White Buffalo motif (“It sounds mythical and weighty, bigger than a single person”), it was always about the emotional connection.

The fact that Jake isn’t meticulously versed in theory has been to his advantage, allowing him to pursue a path where timings can be weird, extra bars of music added and stylistic divisions blurred, all of which makes his music delightfully, unrepentantly hard to define. Yes, it’s stripped and it’s spiritual; yes, it draws from rock, soul, folk, blues, Americana and more; and yes, it has a darker pulse and a first-take feel; but
ultimately, across a catalogue including significant placements in film, games and TV (including the hugely influential ‘Sons Of Anarchy’), plus over 200 million streams to date, it always sounds precisely like him.

Rodrigo Altaf made the best of the stay-at-home situation and gave Jake Smith a ring, and they both discussed the new album and much more. Listen to their chat in the links below, and remember that for more interviews and other daily content, Sonic Perspectives is on Facebook, Flipboard, Twitter and YouTube, where you can be notified about new interviews and contents we publish on a daily basis.

Purchase “On The Widow’s Walk” from this location.