Few drummers have a name as recognizable as Herman Rarebell, and with good reason, as Herman‘s drumming was instrumental in propelling the Scorpions to be one of the most successful rock bands of all time. Additionally, he was responsible for writing the lyrics to many of the band’s biggest hit songs, like “Rock You Like a Hurricane,” “Make It Real,” “Dynamite,” “Blackout,” “Arizona,” “Bad Boys Running Wild,” “Don’t Stop At the Top,” and “Tease Me Please Me.”

Herman is now working with an alternative rock band called The Seeing Trees. His partners in this collaboration are Eugenie Arrowsmith [vocals], Thomas Perry [guitar], and Lee Pepper [Composer/Produer]. Together they recently released a video for “I Can See the Signs,” which has garnered a significant amount of attention and interest by fans worldwide. The band is currently developing a strategic approach to releasing their collection of songs soon.

Correspondent, Robert Cavuoto, spoke with this legendary drummer and hitmaker to discuss his new latest endeavor while looking back on his success with the Scorpions.

Tell me about how you came to collaborate with Eugenie and Pepper to form The Seeing Trees?

I live in Brighton, England, and I met Lee Pepper in 2019 at my Drum Legends show with Ginger Baker and Peter York at The Brighton Dome. Pepper was recording the show, and we hit it off really well. A long-time guitarist friend of mine, Thomas Perry from Italy, who is a songwriter, wrote: “I Can See the Signs” a few years back. I talked with Pepper about it, and he mentioned his wife Eugenie is a singer who would be perfect for it. When she started to sing it, I loved it. That’s how it started; now we have enough songs for an EP, which we could release tomorrow if we wanted!

Has the single been well received by your fans?

“I Can See the Signs” was released on August 7th, and to date, it’s doing tremendously well, which I’m very happy about. I’ve taken some ads on Facebook introducing the new project and received over one and half million clicks; half of those are for the video. From that, we can see the number of downloads on iTunes and Spotify. Countries with the most clicks and interests are America, Canada, Chile, Argentina, Brazil, and Mexico City. At the end of the day, it about to how many downloads we have.

How do you classify The Seeing Trees’ music?

I would say its alternative rock. It has a message where everyone can see the signs; you don’t have to be Nostradamus. All you have to do is put on the TV to see the signs. Our songs are very interesting, and some of them remind me of Nine Inch Nails. It’s very reminiscent of what was going on in the 70s and 80s, which if the type of music that I really like.

No, not at all! When I was out with Ginger and Peter on the Drum Legends Tour, we had a repeated joke that I had to be ready for every kind of drumming style. I couldn’t just play heavy; I had to adjust quickly for from playing jazz, to funk, to African beats. It was a very interesting combinations, so for me, there are no issues. 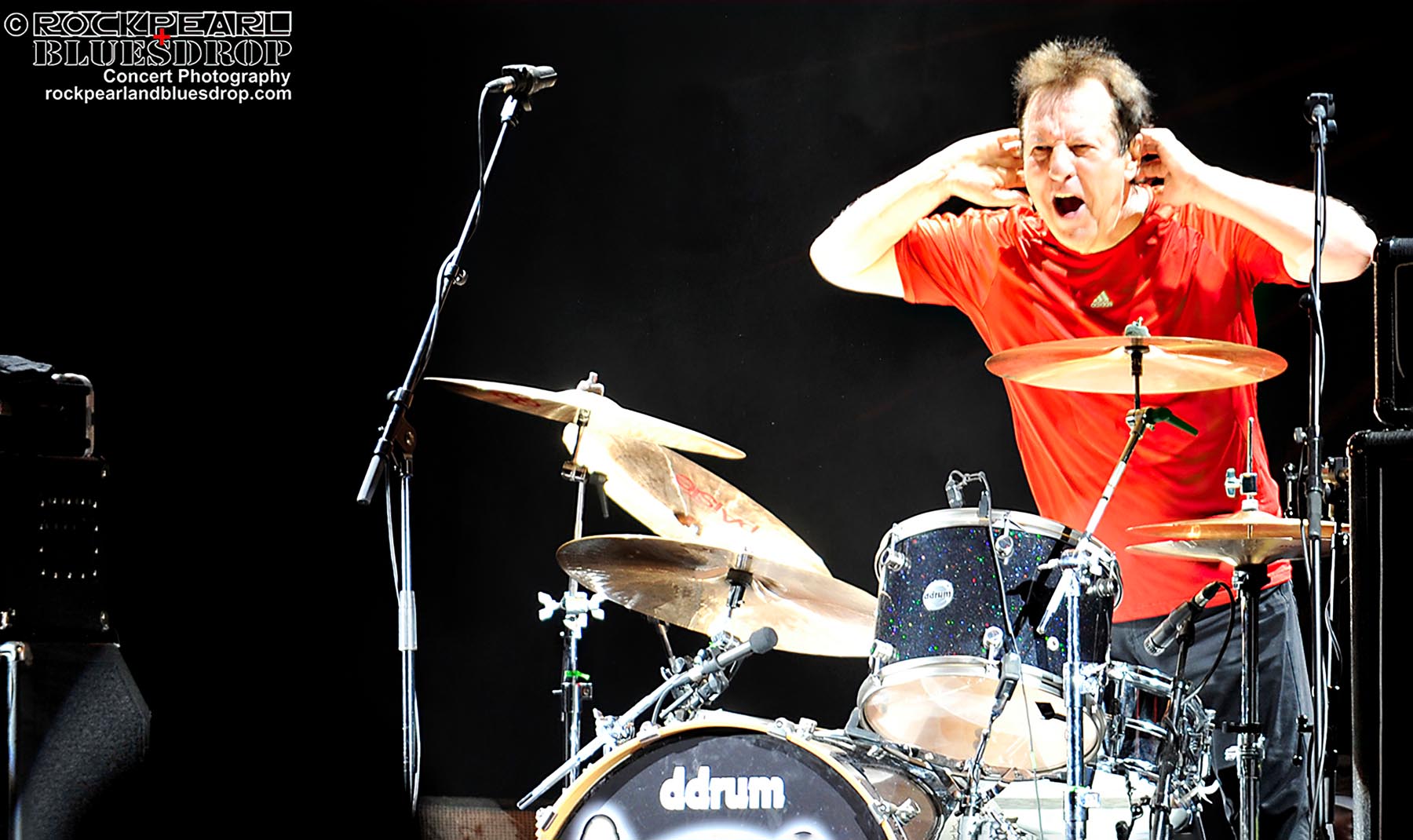 Were you involved in writing the music and lyrics?

We all write and then take the best parts from each other. When I started writing “I Can See the Signs,” I had a different vocal line; it was more like rap, but I really like what Eugenie had done as it has more character. The other songs which are written are completely different. I think this perfect timing for this type of music and songs.

What is the meaning behind the band’s name?

The Seeing Trees means we all have to open our eyes. There is a new time arriving now in the world. The world has changed and particularly in the United States from the 80s. You must worry if there will be a civil war if things continue.

What’s your take on the future of playing live again?

The world is changing; everyone is working from home virtually. I think when we go back to playing live, there will be less people and less excitement because they won’t be jumping around, and they have to keep their masks on. I’m currently living in Germany and don’t want to go back to England as there are more cases of COVID-19 there than here. I’ll probably stay here until the first vaccine comes, and then maybe have some peace. Yet I don’t want to be a guinea pig [laughing]. I really don’t think I’ll be playing live until 2021.

The video for “I Can See the Signs” fits in with many of the quarantine videos that musicians have been putting out.

It was the cheapest videos I have ever done [laughing]. I recorded my part in Germany, Eugenie and Pepper recorded their part in Brighton, and Thomas recorded all the guitars in Italy. That’s how it came together. The blindfold symbolizes that you don’t want to see what out there, but you have to. Pepper did a great job of editing the video by cutting and splicing our performances. He’s a genius at putting all the effects together. 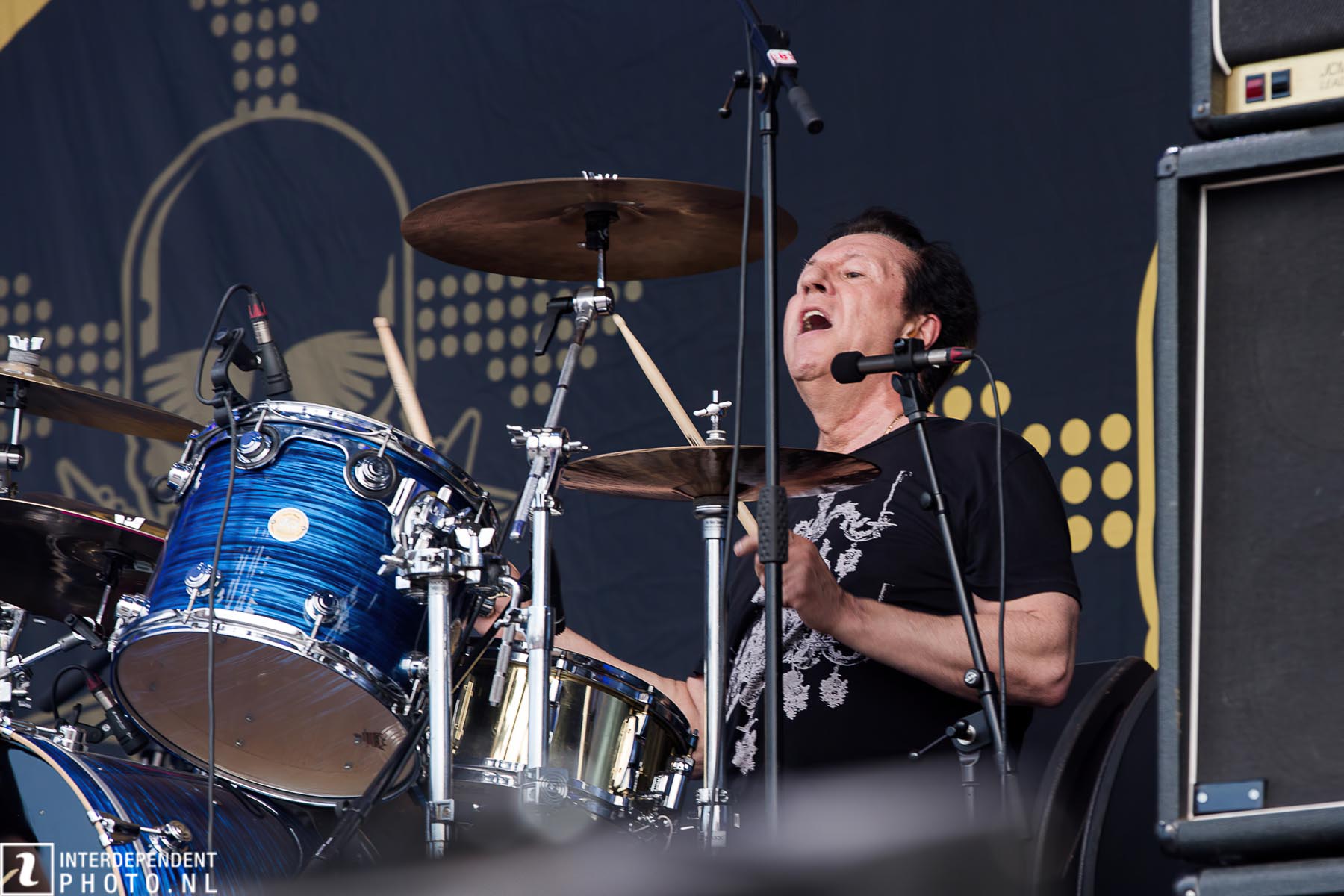 The Scorpions are truly a global phenomenon. Can you explain what it is about their music, particularly the songs you were so instrumental in writing that transcends to so many people worldwide in such a positive manner?

There have always been positive messages in my songs. It’s a combination of sending out happiness to the people yet wanting them to think what is happening around them. A lot of movies used our songs, like Rock of Ages with Tom Cruise and even Microsoft. That helped as well.

When you were writing “Rock You Like a Hurricane,” did you ever in your wildest dreams think it would be monsters hit?

No never! It’s truly a dream to have “Rock You Like a Hurricane” to be one of the most played songs.

How has the social consciousness of music changed since writing those big arena rock hits?

The 80s and 90s were a completely different time. Now it’s time to say something to the people and get their attention. You can’t pretend there is nothing happening around you. That there isn’t that happiness, as people are dying around us. It’s all I hear about when I watch the news every day. It makes me really sad. We couldn’t put on the Moscow Music Peace Festival like we did in 1989 because it’s back to being a cold war again.

You made a difficult decision to leave the Scorpions in 1995, was their concerns about your career outside of the band?

Everything I wanted to do with the band I did, we had hits, played the Madison Square Garden, stadiums, and everywhere in the world. 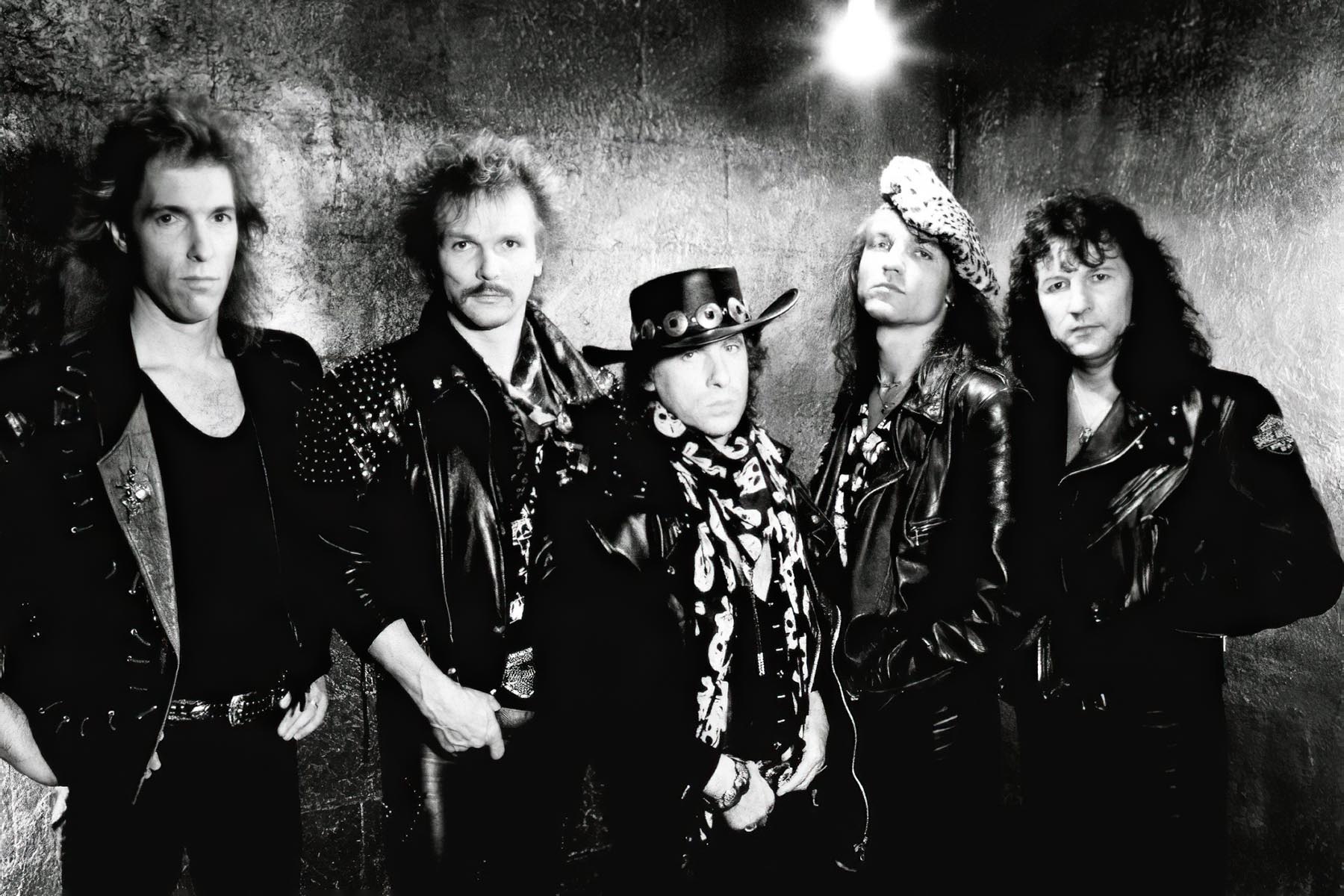 Like many other bands in the mid-90, the Scorpions saw a down-swing in good musical content, and fans wavered. If you were still with them, do you think there would have been more musical successes for them?

Yes, I remember I when Nirvana came on the scene, we were working on a new CD, Face the Heat, with Bruce Fairbairn as the producer. I can remember him saying, “Do you want to do an album with songs like “Wind of Change?” The whole band was like “No,” we want to do a heavy album, and that is how the song “Alien Nation” came together. But as you know, that album was a flop. A heavy album was also not the way to go; bands like Nirvana and Pearl Jam were the bands of the time for that generation. Every band has its time.

In 2015 I saw you perform with Michael Schenker’s Temple of Rock Tour in New York, any plans to work with him again?

Not at the moment. We both live in Brighton, England, and the band Temple Rock was started in 2010, and then it changed by adding Francis Buchholz and Doogie White a few years later. It then ended in 2016. I have known Michael for 50 years, and we departed as old friends, and maybe one day, we will play again. Maybe in two years, we can work on something again. Michael is the best!