Comedian, actor, and writer Brian Posehn who had a recurring role on the Emmy-winning TV series, The Big Bang Theory, has just released his new comedy/metal album, “Grandpa Metal”, on February 14, 2020, via Megaforce Records.

The foundation of the album stems from Brian’s love of comedy and metal. With the help of guitarist, Scott Ian of Anthrax, the two set out to write highly entertaining and musically powerful record. To their credit, they enlisted dozens of fantastic musicians to help make this CD a reality like Scott Ian and Jonathan Donais [Anthrax], Corey Taylor [Slipknot], Gary Holt [Slayer, Exodus], Jeff Pilson [Dokken], Alex Skolnick and Chuck Billy [Testament], Al Yankovic,  Kim Thayil [Soundgarden], and Ron “Bumblefoot” Thal [Sons of Apollo] to name just a few.

Contributor Robert Cavuoto had the opportunity to speak with Brian about the making of this album, the hardest aspect of singing, and his thoughts on what his character Bert, from The Big Bang Theory would think about “Grandpa Metal”!

Is the title of your new CD, Grandpa Metal, a spoof on the group Baby Metal?

No, it’s making fun of Scott Ian, specifically calling him “Grandpa Metal.” It could be about any guy that is stuck in the 80s with their musical taste and won’t listen to anything new. It works because there is Baby Metal and Dad Rocks, so now there is “Grandpa Metal”.

Tell me about the writing process with Scott Ian for the album?

Years ago we did some songs together when I was working on the movie, Mr. Show; Run Ronny Run. I needed help and brought in Scott in to help write a Korn type of song. We had so much fun that we started writing more songs like “More Metal by Numbers” and “More Metal Than You” for my comedy records. We always thought someday it would be a lot of fun to do a full-length record together. A few years back, we signed a deal with Megaforce then had to complete the record. That’s when the work began [laughing].

Tell me about the writing process, does Scott come to you with a riff or do you come to him with a funny lyric that you want a song to revolve around?

It’s both. Scott came up with the riffs and together we come up with song ideas. The first song we wrote was “Satan’s Kind of a Dick.” He had the riff and I had the main comedy premise then we sat down to finish it. That’s how most of the songs were written.

I thought “Satan’s Kind of a Dick” was the funniest song on the album. How did the comedy premise come about?

It’s something I noticed in Heavy Metal. There is this romanticized thing with Satan as people looked up to him in Heavy Metal. I always thought it was funny growing up being the Christian kid into Metal. I couldn’t figure out why people idolized this guy? So the song stemmed from the thought that maybe you shouldn’t look up to this dude!

There always has always been a misconception around songs like “Number of the Breast” and “Shout at the Devil” that they were pro-Satan when in reality, they are denouncing Satan.

Yeah, I’m a Motley fan; that’s the thought process I was going for. I even opened the song with an “In the Beginning” type of intro. I want it to feel like Motley Crue’s “Shout at the Devil.” Once we came up with the line, “they don’t play Slayer in Hell,” we wanted it to have Slayer feel. Having Gary Holt agree to do the solo was perfection for me.

Another favorite song of mine was the cover of “What Does the Fox Say.” Comedy aside, you own it as it’s a fantastic version of the song. Did you know the song would work for Heavy Metal? 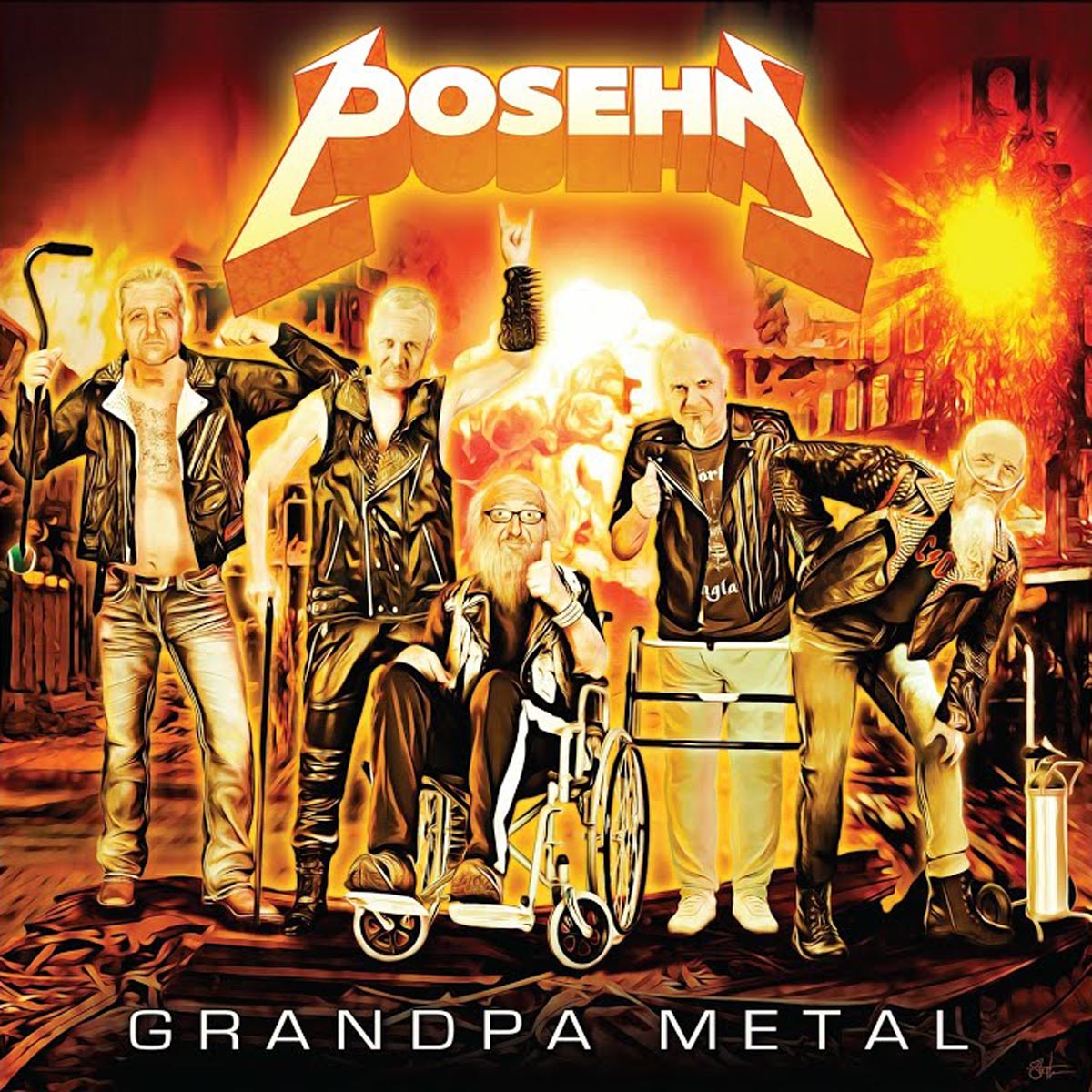 Yeah, I did, along with the cover of “Take on Me.” I knew if I filled them with the right musicians, it would be super cool. Corey Taylor of Slipknot and Michael Starr of Steel Panther sing on it as well. Being a metal fan, I think any song is better if you make it metal, kind of joking but not really. That was me proving it! It came from when I was a kid and heard Exodus doing “Low Rider.” It came out of nowhere the first time I heard it I was like, “Why are they covering this?” Then the second time I got it. It has become one of my favorite covers.

Was it hard to get the usage rights to those two songs?

The label handles that. I think it was easy, as I never heard about any issue [laughing]. We did have some other legal stuff around the record. We had to change the name of the record at one point because of the art, which was a parody of Judas Priest “Defenders of the Faith” LP. I wanted to do a parody of Elton John‘s “Rocket Man” and call it “Rocker Dad” like something Weird Al would do but Elton was like “Nope.” [Laughing].

What was the hardest aspect of being the singer?

A few times in the studio, my voice gave out. I would scream and yell like Cookie Monster and then suddenly I lost power in my voice and had to stop for the day. My friend was the producer so I took advantage that he lived near me so I would call him up to ask if he was free, and then finish up a part of the vocals. I’m not going to take this on tour where I do an hour of singing every night so that would be the hardest thing.

You have some great musicians performing on the CD. Was it a big undertaking to get all of them coordinated to record their parts?

It was and that is why it took so long. You have ten songs and you have to fill the songs with guest musicians. That was my favorite aspect of the process and experience. We had such great ideas then had to figure out who would be the best guest musician to perform on it. “Satan’s Kind of a Dick” has Slayer and Satan references so we wanted Gary Holt to be on it. Looking back on the names of the artist who performed, we got some amazing people. There were a few people who we asked but weren’t able to play on it due to scheduling. Nobody flat out passed on it. We asked a lot of favors from friends for this record.

Do you have a favorite metal band?

I love a million bands but Iron Maiden is my all-time favorite metal band.

What would Bert of The Big Bang Theory say about this Grandpa Metal?

I would think he would say, “It Rocks!”