Bayley Alexander Cooke, (widely known as Blaze Bayley), is a survivor. From his early days with WOLFSBANE, through his tenure with IRON MAIDEN and his prolific solo career, he has faced more than the usual share of hardships. A motorbike accident, the loss of loved ones, and criticism from the IRON MAIDEN fanbase who never fully embraced him as the front-man of the band are only a few examples of the challenges he had to face. And yet, he always managed to come out even stronger after going through all those hurdles.

Since leaving MAIDEN in 1999, he has released many solo albums with different lineups, including the ground-breaking “Silicon Messiah” and “Tenth Dimension”. In 2013 he started a partnership with the members of UK band Absolva, which yielded another high point in his career: a trilogy of concept albums with a sci-fi concept of a pilot who leaves his planet to find a new place for humanity to live on. “Infinite Entanglement”, “Endure and Survive” and “The Redemption of William Black” are the records containing this story, and Blaze’s plan is to expand the plot and conclude it in the form of a book. 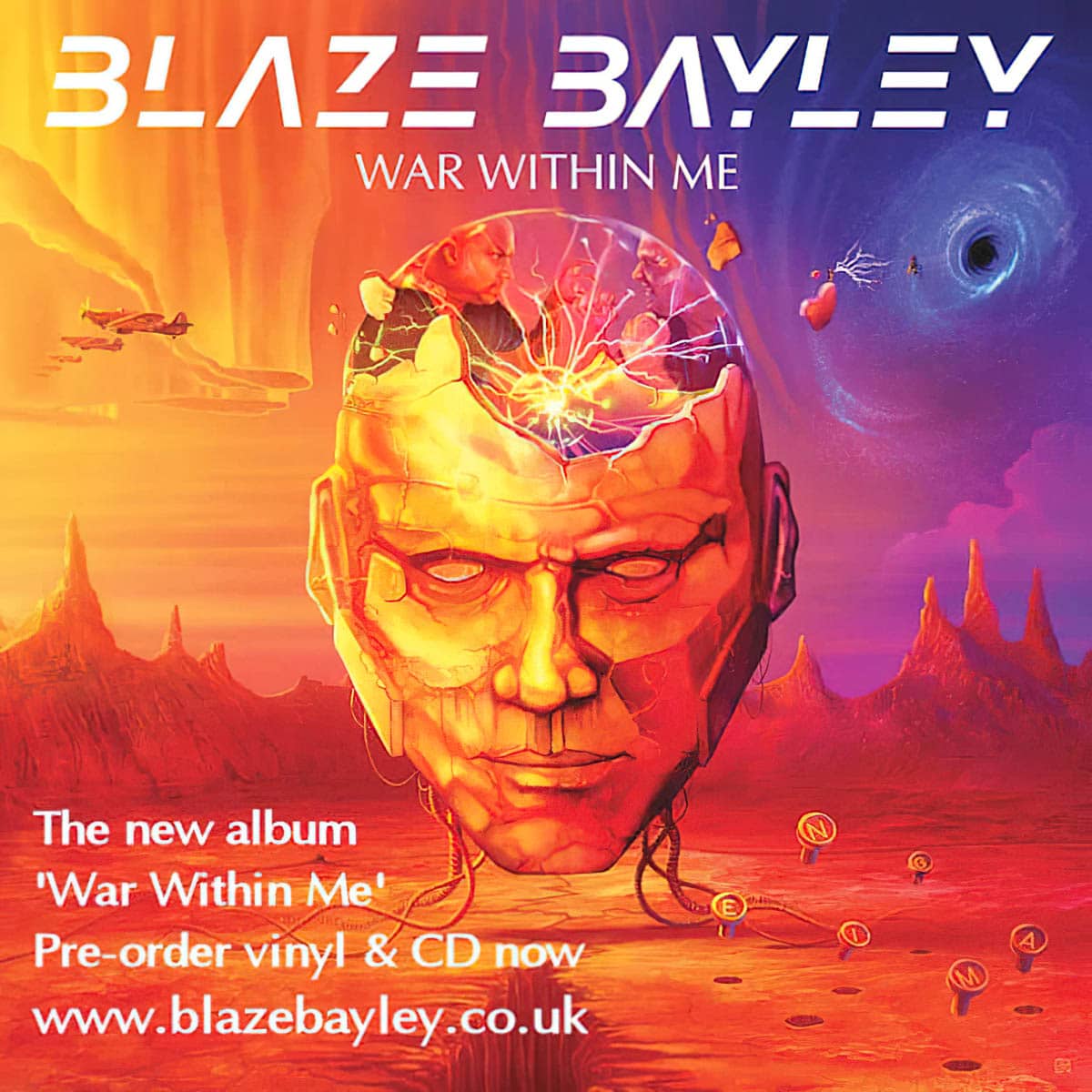 Coming off of the massive undertaking of writing the trilogy, Blaze decided to take yet another turn and write an album with more direct material. “War Within Me”, which will be released on April 9th 2021, is pure metal, with a relentlessly positive outlook. Through songs like “Pull Yourself Up”, “Every Storm Ends” and the title track, Blaze tells personal stories, and summons the listeners to face their problems head first. The album also contains a trilogy of songs dedicated to scientists who challenged conventional wisdom: “The Dream of Alan Turing”, “The Power of Nikola Tesla” and “The Unstoppable Stephen Hawking”. In tune with the times, Blaze delivers the exact dose of optimism that his dedicated fan base needs.

Sonic Perspectives collaborator Rodrigo Altaf, whose first ever metal album was IRON MAIDEN’s “Powerslave”, had the pleasure of speaking with Blaze to discuss the writing process of “War Within Me”, his plans for the future, his time as MAIDEN’s vocalist and much more. Listen to their animated and chock-full of anecdotes chat from the links below;  and remember that for more interviews and other daily content, Sonic Perspectives is on Facebook, Flipboard, Twitter and YouTube, where you can be notified about new content we publish on a daily basis.