TRYO is considered one of the most important and influential Chilean and Latin American progressive fusion bands of the last decades, with several albums, tours and accolades. Relevant supporters of these musical genres and Chilean-art ambassadors worldwide, the band has been promoting their acclaimed acoustic compilation work “Ofrenda” and their award-winning conceptual album “Órbitas” during most of this year 2017. They recently reissued one the group’s most successful productions “Dos Mundos”, recorded on 2002 at the prestigious West Lake Studios (L.A., California, USA) and as part of the celebration for their 3 decades of prolific artistic career in Chile and abroad (1987 – 2017), a new CD entitled “Antología Eléctrica” is about to be released, to be followed with a 30th Anniversary Tour that will take them to America and Europe. We sat down with the 3 band’s founder members Ismael Cortez, Félix Carbone and Francisco Cortez and bombarded them with questions about the past, present and future of the band.

To commence this interview in the usual fashion – and mainly for those not familiar with the band – Ismael could you guide us in a trip down memory lane, all the way to the beginnings of TRYO as a musical entity?

TRYO was born in the Valparaiso region, in Chile (South America). It all started with some musical experimentation between me, my brother Francisco Cortez and my music class mate-friend at the University, Félix Carbone. It was the 1980’s in Chile, we were living in a Military Government Regime and in general prog-rock music was not something common or popular in our country. Despite all that, we decided to work hard and live our dreams of becoming professional musicians and play the music that we love, thus contributing to the prog, fusion and avant-garde scene. On November 1987, we had our first public concert in Chile which turned out to be a great success, and from then on we have never stopped making music together. The road has not been easy, but we are very happy and grateful with our lives, as well as proud of our musical journey together.

Francisco, how would you define the band’s core sound? Which instruments do you play on regular basis?

Félix, what are in your opinion the highlights of your career? Can you name some of them for us?

Every album of our discography and each concert or tour around the world have had its own highlights. Making music and sharing life experiences together has been always the most important thing for us. Notwithstanding the above, If I am to name some of our most relevant milestones as band (And I’m sure I’ll be forgetting some of them) they would be: 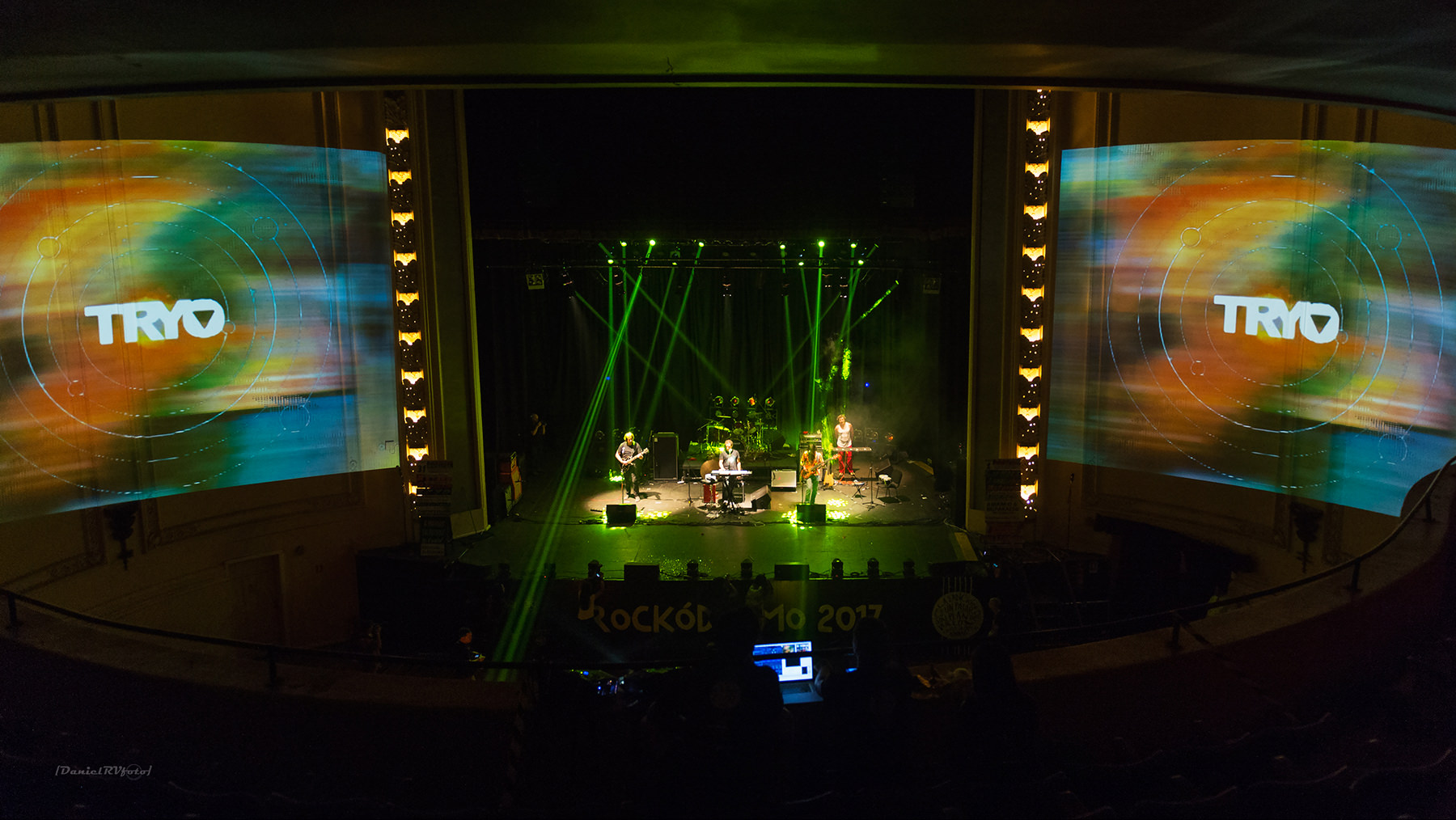 You guys have also accomplished great things during the last few years. Francisco, which have been in your opinion the keys for this sort of “new successful stage” of your career?

As you correctly pointed out, at the end of 2013, we experienced what we now have called an “artistic rebirth”, as a result of fresh musical ideas and the arrival of new members to our team (our current manager / producer Ignacio Carvajal and our art designer Iván González). Between 2014 and 2017, we started touring more frequently (in Chile and abroad), recorded several albums, and numerous international publications acknowledged the band’s work and named us in their publications (“Best Chilean Band” 2014 and 2016 by Rockaxis Vanguardia; “Best Chilean Album of the year 2016” by ChileanSkies; “Surprise Album of the Year” by Rock at Night in 2016; “Best Chilean Instrumental Album 2016” by Premios Escuchar in 2017), plus our songs were included in relevant compilations and radio programs worldwide  like “Music for Relief” in USA. Also noteworthy is the fact that 2017 was the highest merchandising sales year of our entire trajectory. So, I guess you can say TRYO has reborn! (Laughs)

It definitely looks like it! Now, let’s take a look at your latest studio album, the conceptual “Órbitas”… Ismael, can you elaborate in details about this work’s concept?

“Órbitas” is for sure one the most important and successful albums ever, as well as one of the main reasons of our great moment as a band. It was a long awaited album and a very special one in many senses: it was the first completely conceptual work of our discography, was financed during international crowdfunding campaign, we recorded it at the excellent Estudio del Sur – perhaps the best in all South America –, and we had the opportunity to invite important guests artists to the recording sessions. The record’s message is a very profound one, it represents: “A journey through the Cosmos (macro cosmos – universe) and the Being (the micro cosmos that each of us is). The voyage is a metaphor for a human, spiritual, and transcendent experience, a learning path that will take us from ignorance to wisdom, darkness to light, and from an ego to a soul culture, all expressed through the universal language of music“. It consists of 7 very interesting and varied tracks – If I can say so myself – (laughs), each inspired by the various meanings, elements and characteristics of the 7 major energy centers in our subtle body, called The Chakras (as recognized by the Hindu spiritual tradition). In this sense, this travel goes from the macro cosmos (outer world) to the micro cosmos (inner world), and from the 1st Chakra (Track 1) to the last Chakra (Track 7).

Félix, you mentioned earlier that you are about to release an album titled “Antología Eléctrica”, can you tell us a bit more about it?

As its name implies, the album is an electric anthology, comprising a selection of 13 of the best TRYO studio and live songs in this format (from 1987 – 2017), new 2017 versions of 4 compositions (with guest artists) and all the previously released tracks have been carefully remastered. This is our first electric compilation release, and together with the album “Ofrenda” is part of our 3 decades celebration master-plan! (Laughs)

Ismael, are any details already defined of your 30th Anniversary Tour that you can share with us?

We have prepared a very powerful, emotional and entertaining national and international “30th Anniversary Celebration Tour” , and it already launched in Chile last month (November 2017), taking us through several regions of the country to later move to foreign cities in Europe and America. This new show includes our very best music, guest artists and other surprises for the audience. We have announced some of the tour dates and we will confirm more during the following months. We have no doubt that this will be one of our biggest and most important musical events ever, and we wanted to share it with as much people as possible. This is our way to say to everyone: “Thank you for your continuous and valuable support during all of these years. We would not be here today if it was not for the love and help of all our fans around the world”. 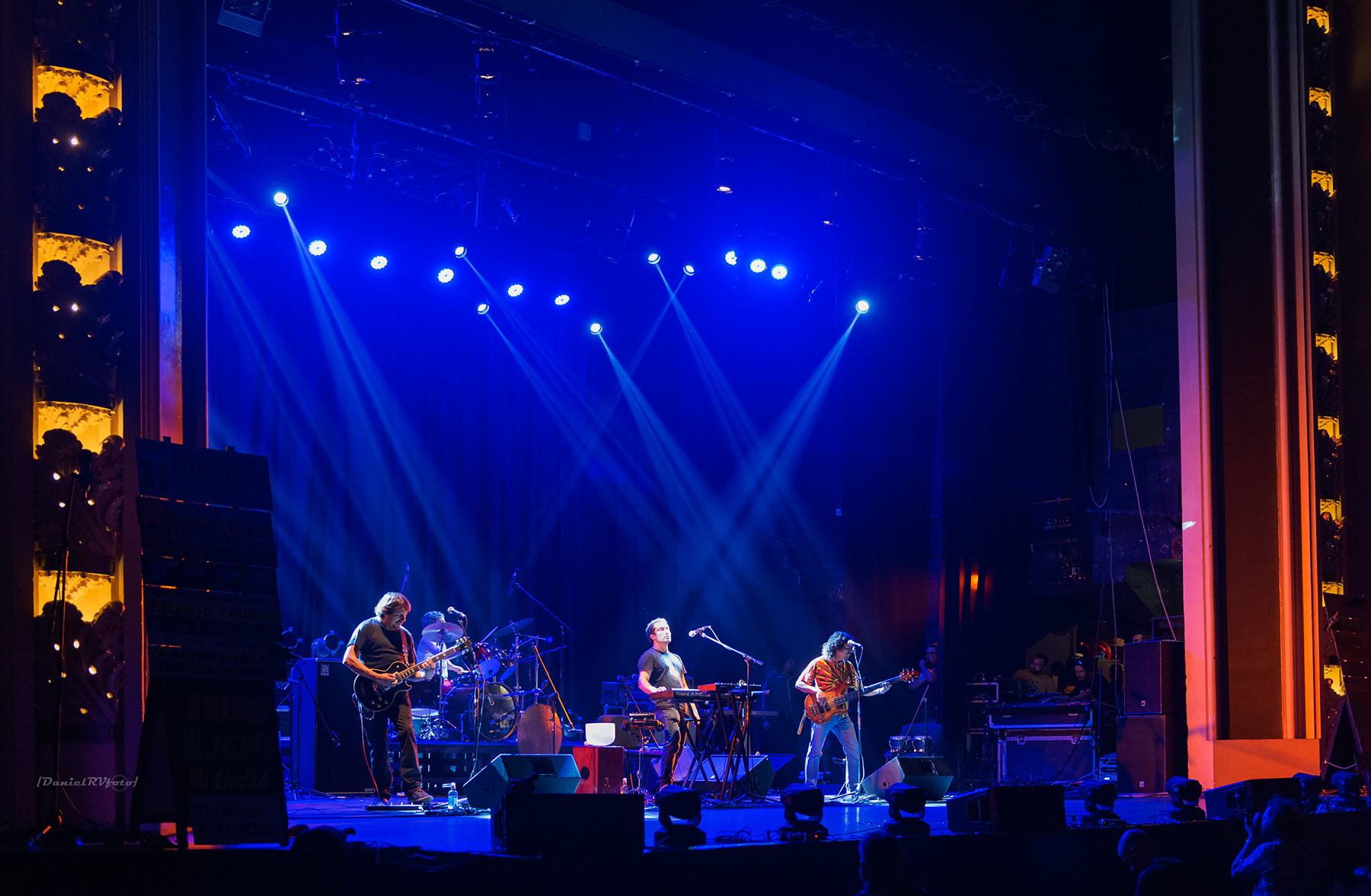 To wrap up this interview I have a final question, any of you are welcome to answer: what will the future bring for TRYO?

Félix – We will continue with our tour during 2018 in Chile and abroad, as well as promoting our “Antología Eléctrica”, which we see as the closing of the cycle that we started with “Órbitas”. The beginning of a new phase in our career is around the corner, and after the conclusion of our 2018 tour we will pour all our energies in the production of our next conceptual album (one we are already working on), and specially in taking our international presence to new heights.

Francisco – Going into even more details we would aim at organizing the new editions of our own festivals, to which we have invited excellent bands from Perú, Argentina, México and Chile in the past; reissue some other albums from our back catalogue with remastered sound, produce vinyl editions of the most important ones and our first official Blu Ray release, and bring our music to the land of the rising sun: we would love to do our first ever Asian tour.

Many thanks to the three of you for providing us with such insightful answers about TRYO’s past, present and future. We wish you nothing but the best in all your future endeavors!

Right back at you Joel! Thanks for putting together this interview, it’s been a true pleasure to answer all your questions. We invite to all of your readers to connect with us and follow TRYO‘s music, concerts and news in the links below. Our best wishes, Merry Christmas and a Happy New Year 2018 for everyone!