“Pioneer,” an adjective to be used carefully. Many wish they were, most are not. DIAMOND HEAD – the Stourbridge, England-born New Wave Of British Heavy Metal pioneers – return to the world stage with a new album. The Coffin Train, DIAMOND HEAD’s eighth studio album, is a glorious testimony to Brian Tatler and Rasmus Bom Andersens’ masterful ability to create the flavors necessary for prime DIAMOND HEAD music.

The Coffin Train is at once fresh and exuberant while also being a stone-cold classic slice of old-school heavy metal excellence. Is it packed with the sort of riff-fueled power that founding member (and riff lord) Brian Tatler led a genre and influenced the odd band or two with? It’s electric for sure… and then some.

Formed in 1976 under the riff-rolling leadership of guitarist Brian Tatler, DIAMOND HEAD would quickly establish themselves as a vanguard of the exploding New Wave Of British Heavy Metal scene. With their genre-defining debut album Lightning To The Nations, DIAMOND HEAD became the band who influenced and opened gates for many metal bands.

“All along we wanted to make sure we didn’t lose sight of what we call ‘The Brief,’” explains Tatler, “I would never want to deny our NWOBHM style and sound, that’s what originally got me excited and DIAMOND HEAD noticed. And I still enjoy the creative journey we go on”. “Rasmus is a big part of why the album, and band, sound like we do,” affirms Tatler. “He has a fantastic vocal range, knows exactly what to do with his voice and is incredibly knowledgeable about it!” 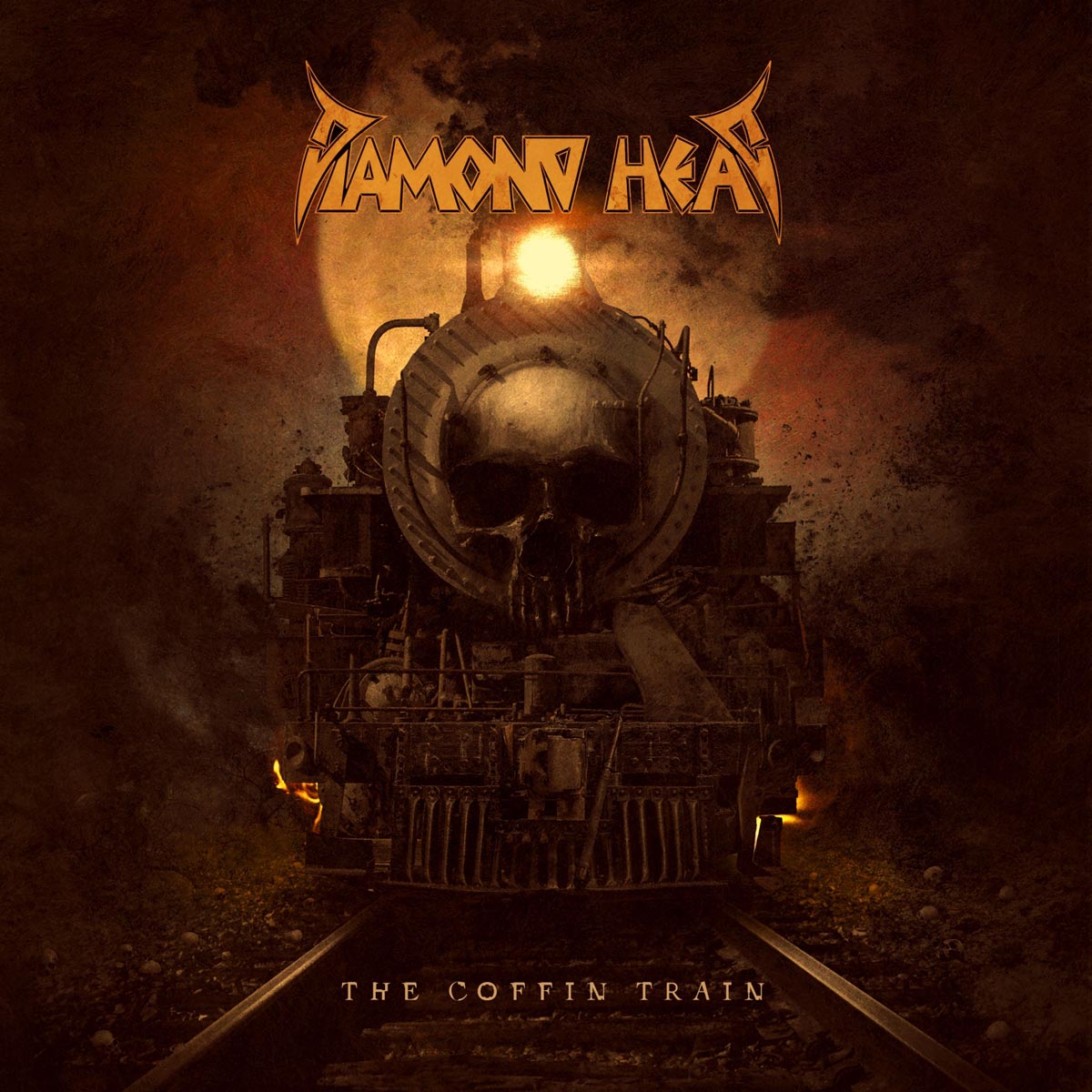 Expert interviewer and contributor to the Sonic Perspectives team Michael “MettleAngel” Francisco sat down with Tatler to talk at length about The Coffin Train. Listen to their chat, or subscribe to our Podcast in several platforms to listen and be notified about new interviews and contents we publish on a daily basis.