Uriah Heep.  A character straight out of Dickens — literally.  The guy from David Copperfield is darkly unctuous, insincere, full of fake fawning. Which probably applies to some rock bands, then and now.  But the character only shares a name with the British rock band, which traces its roots back more than 50 years.  They were originally called Spice, but the record company thought that was pretty weak.  So late 1969 being the 100th anniversary of Charles Dickens’ death, they decided to honor the author by borrowing a name from one of his books.  And let’s face it, Uriah Heep is one that sticks out.  My old high school radio-television teacher hated them, calling them “Uriah heap of feces.”  It even stuck out to him.

That’s a heap of music and musicians. 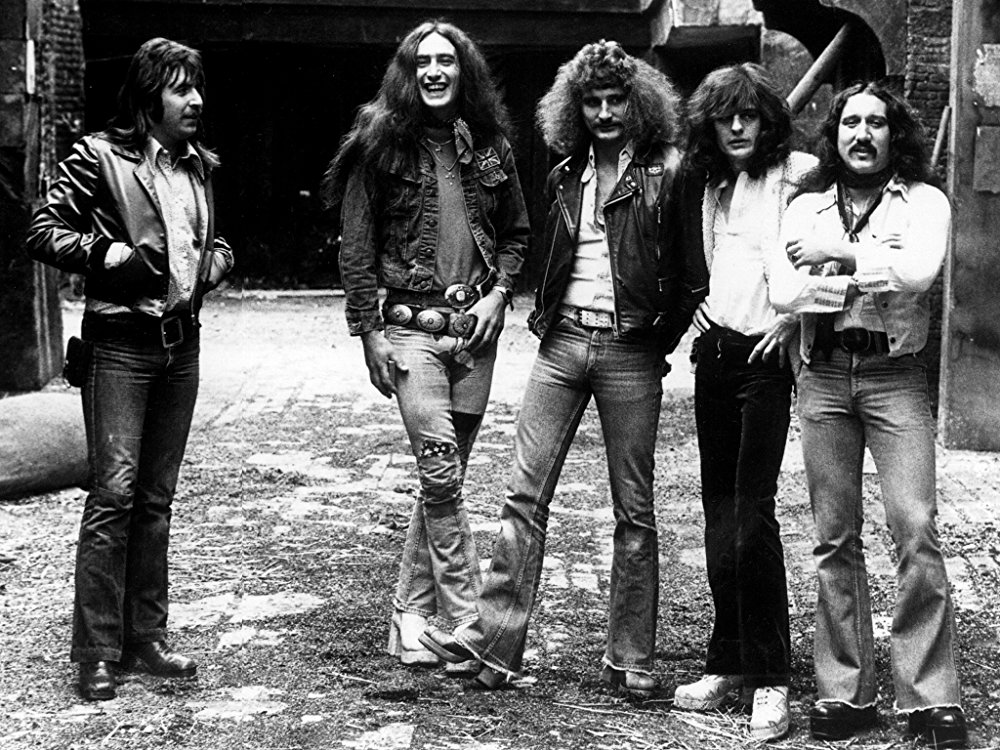 But most Heep fans look to the early 1970s as the band’s heyday, a time when they were at the top of the heap (yeah, yeah, I’ll try to stop the puns).  After it’s 1970s debut, Very ‘eavy…Very ‘umble, the group hit its stride and came out with a strong mix of hard rock and Prog. The triumvirate of vocalist extraordinaire David Byron, Box, and keyboardist/composer Ken Hensley created a sound that was uniquely theirs and led to record-selling success, strong radio airplay and sold-out shows.  And I can tell you from experience, in concert, Uriah Heep could blow the roof off.  It was short-lived, only about four years.  But during that time, they were up there with Black Sabbath and Deep Purple as hard rock players.

The five essential albums all come from that period and provide a heaping (oops!  Sorry) helping of Heep.  These are in chronological order. And I won’t go over every song, just some highlights. 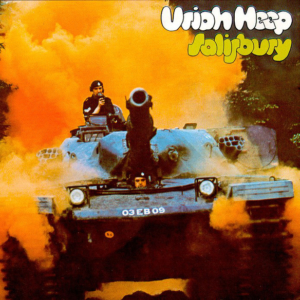 The first album to showcase Ken Hensley’s songwriting talents.  “Bird of Prey” kicks things off, and it sounds like Black Sabbath without Ozzy Osbourne. And that’s an important point: Dave Byron has a huge range, an operatic presentation, and he’s not afraid to use it.  His vocals quickly identify the band on first listen. The centerpiece of the album is the title track, and the piece that Uriah Heep offers to prove its Prog bonafides.  “Salisbury” features church organ, woodwinds and brass, and goes on for more than 16 minutes of orchestral dynamics.  The sound is big and full and a bit ostentatious.  At the time it came out, I thought that was pretty cool.  Now… I think they could have shaved five or six minutes off and had a stronger song.  Too much noodling (as was popular at the time).  The band may have learned a lesson; they never cut a song that long again. Overall, this album—the band’s second—is pretty good.  Better things were coming 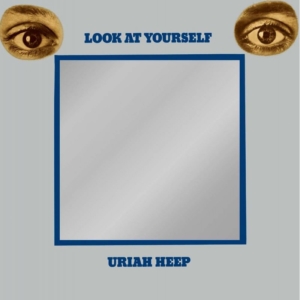 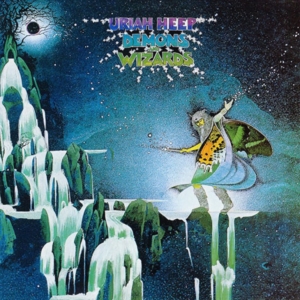 A mere seven months passed before Demons and Wizards came out.  It immediately grabbed attention by the packaging; the cover art was done by the legendary Roger Dean.  But the music carried it from there. It was Uriah Heep’s finest moment, the big seller, the one that folks remember.  In part, that’s due to the song titles and lyrics, which all seemed geared to the occult and supernatural.  It wasn’t a concept album, and yet the themes all headed in the same direction. And the music took the strengths of the previous albums, then crystallized and built upon them. Songs like the first track, “The Wizard,” a power ballad about an encounter with, of course, a wizard… st the time, kicking off an album with a ballad just wasn’t done.  The Heep pulled it off. And that continues with “Easy Livin,” Uriah Heep’s big hit record (#39 on the Billboard charts). It has that chooglin’ sound, a big rocker about love and redemption: “Easy Livin’ and I’ve been forgiven since you’ve taken your place in my heart.”  Prog?  Nope.  But lots of fun. Closing things was “The Spell,” which hits a whole gamut of sounds.  This is Heep the Prog band, with changes in rhythms and chords and instruments.  But they apparently listened to my modern self; this song is just 7 ½ minutes long, a nice and tight presentation that shows just what the band can do when it put its mind and talents to it. Demons and Wizards really established Uriah Heep as a popular group.  And they learned the lesson, perhaps too well, in putting together their next one. 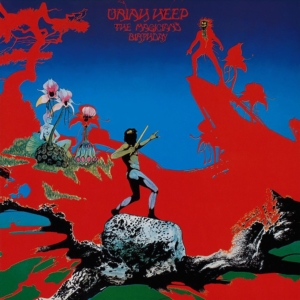 Heep tried the same formula with their second album of ’72.  The cover: again done by Roger Dean.  The theme: again, magic and supernatural.  The lead song: again, a power ballad that goes from quiet to anthemic.  “Sunrise” is one of this band’s best, about a man’s quest for a lost love, watching the sunrise over the sea.  This is a concert singalong.  The formula works on this one. But It doesn’t work, however, throughout the album.  The songs are not as consistently good as on Demons and Wizards.  Maybe Hensley was trying to write too many hits in too short a period of time.  Perhaps the band was feeling the pressure, or getting tired after so much touring and recording.  But outside of “Sweet Lorraine,” a good rocker with some Prog touches, the rest of the album fails to catch fire. 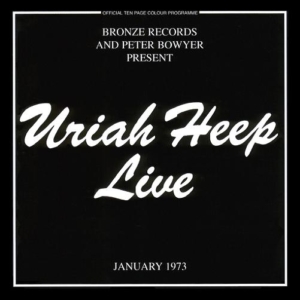 This one came out after the Demons and Wizards tour and before their sixth studio effort, Sweet Freedom, was released in late 1973. To these ears, this is a great representation of The Heep in concert while they were at the top. Cracks were already appearing.  The last album hadn’t sold as well as the one before.  The next one also did worse than that. Byron and bassist Gary Thain were starting to sink into the alcohol and substance abuse that would end their tenures with the band (and all too early, their lives).  But several of the performances on Live are excellent, especially the hits like “Easy Livin’”, “Look at Yourself” and “Sunrise.”  These are done straight, just like in the studio versions, but the energy is palpable.  And Byron’s vocals are remarkable.  He was one of the top singers in rock during his peak, a fact often forgotten (especially with his sudden decline).  There are clunkers in the longer offerings, but Live is a good compendium and shows just what Heep could do in concert.

And so that’s my Top 5 of Uriah Heep.  None is perfect.  And there are 20 other albums on their resume, so you may have a different list.  And that’s okay.  Let us know what you think.  We’ll accept them straight—no fake humility or dark unctuousness.