I met Sonya back in 2016, during my first tenure as the official photographer for Neal Morse‘s progressive-rock festival Morsefest. I remember watching her sitting still in one of the front rows during the day-long rehearsals, and several times I spotted tears running down her cheeks. Given the affectionate intensity of the music dancing in front of our eyes, I figured she’s gotten emotional beholding the spectacular performance. Little I knew that I was right and wrong at the same time.

Sonya Kükcinovich Hill was born, raised and educated in Philadelphia: a classically trained pianist who began playing at the age of five. She expanded into a wide range of keyboards in her early twenties, performing in numerous bands throughout the rich Philly music scene. “I compose my own material, predominantly Progressive Rock. I sing, mostly background vocals, love going to live gigs and traveling. I do enjoy a variety of great music as long as it is performed well,” she resounds with fierce exuberance. She adds, “Most of my family are musicians and we totally dig it!”

After years of raising a family, she began to develop a strong music networking connection with some of today’s cutting-edge rock artists. Specifically, she became known and requested for promotional marketing, emotion-based spaced repetition techniques, catchy phraseology, attention grabbing colorful graphic ideas, and mostly the opportunity to bring superior music to new audiences while expanding on the traditional rock fan base. Sonya believes, and she states, that “Audiences respond with enthusiasm to truly great artists whose works have been shut out of the popular music inner circle. The industry hasn’t been responsive enough in getting great new music heard and supported. After all, my focus is on the artist, not the record company or promoter. Notably, my work has involved being a staff writer for several online media outlets, promotional work for established household name bands, plus newer bourgeoning artists.” 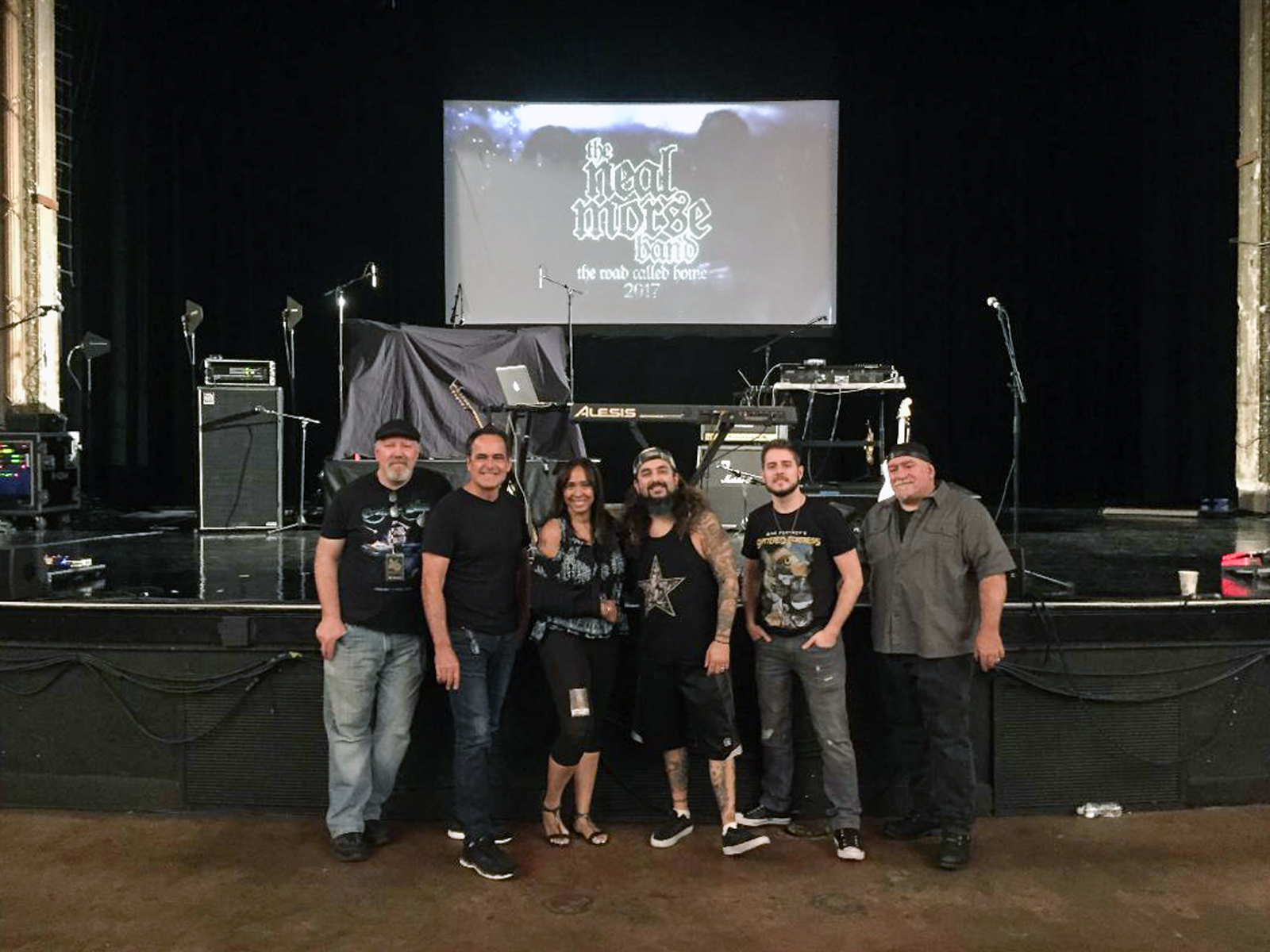 Sonya with The Neal Morse Band. She was scheduled to sell merch at this gig, but the shoulder surgery got in the way. She’s wearing a sling.

One would be hard pressed to argue. Spock’s Beard, The Adrian Belew Power Trio, Saul Zonana, The Tubes, Project Object, Kansas, Eddie Jobson, Transatlantic, Neal Morse Band, Advent Horizon, and School of Rock Philly all have been among the beneficiaries of her efforts. Sonya also traveled on the road with the legendary supergroup, Tower of Power. After reading the aforementioned accolades you might wonder why the title of this article. Hang tight, the gut-wrenching part is coming…

In 1999, just a year after the birth of her youngest child, Sonya suffered a devastating lower back injury in a fall. The resultant disc damage began to take its neurological toll, and despite an initial successful surgery, her condition worsened. Not only did she develop chronic degenerative disc disease through her spine, interventional treatments for pain while undergoing a surgical pain block damaged her lower spine further when a doctor nicked her spinal cord with a needle.  Sonya developed an extreme case of fibromyalgia which has plagued her every day with severe pain throughout her body ever since. Already a rape trauma survivor since a teenager, Sonya was abducted and traumatized again by a sexual predator while on a trip to visit a relative in the suburbs of Washington DC in 2004 and developed a Post Traumatic Syndrome Disorder as a result. In November of 2015, Sonya got injured again due to landlord neglect in a faulty property repair when she tripped and fell despite repeated requests for the repair to be made. She suffered a severe concussion, re-injured her neck, and damaged her shoulder. This made her recovery even longer and more difficult, and resulted in both a multiple level c-spine fusion in August of 2016 (barely a month after that legendary Morsefest event, which she endured in excruciating pain most of the time, firmly determined to be there in her role of PR person for Spock’s Beard) as-well-as rotator cuff surgery in July of 2017. 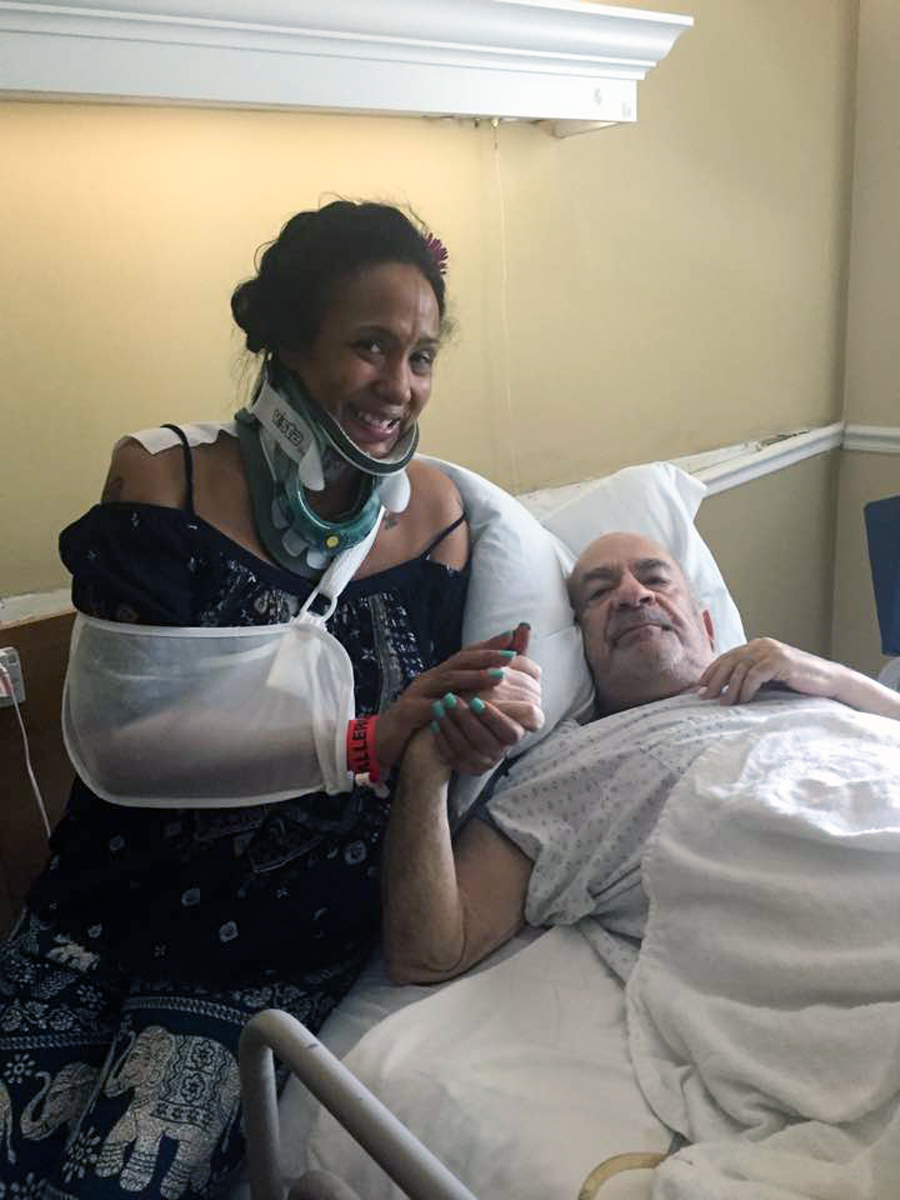 Today, Sonya continues with physical therapy and is doing everything in her power to make as substantial a recovery as possible. She has tried every pain management alternative that medical science has been able to provide, and since these kinds of treatments are extremely dangerous due to the types of medications involved, she has settled on a homeopathic and nutritional regimen to become as healthy as possible. Additionally, she must care for her aging mother who herself is suffering a plethora of medical conditions, including age related senile dementia. Alternative methods of healing are incredibly expensive and not covered by any insurance company. With her daughter’s recent high school graduation, her disability income has been cut in half, which leaves her in imminent danger of losing everything, she has an increasing medical debt and has been threatened with eviction due to her inability to make ends meet.

Because Sonya has contributed so much to the progressive rock and modern music communities over the past several decades, we are asking the legions of fans of great music across the USA and around the globe to consider helping her by contributing to her fund to assist with both her medical treatments and her day-to-day needs. She currently lives on Social Security disability, and as we all know this is certainly a limited sum of money to fund one’s existence. There’s a YouCaring campaign setup in her name, and you can also donate straight to her via PayPal. Both links can be found below. Will you please help us to give back to this wonderful woman who has put so much good energy into the world? She truly deserves all the support she can get. Anything helps. And we truly thank you in advance for your time in reading this article.