As we passed the summer solstice and the year dives headfirst into its warmest season after the longest day of 2017 is gone, I look behind at the musical experiences of these initial 6 months and reflect about some of them. Today, I’d like to write about the second longest running progressive rock festival in the United States, The Rite of Springs Festival, also known by its shortened-name: RoSfest. The brainchild of George Roldan, this event has firmly established itself among the most important worldwide celebrations to acclaim the progressive-rock music as a thriving sub-genre. On its 14th edition, and dubbed as “The US Premier Prog-Rock Celebration of the Year”, RoSfest once again brought together prog-fans from every corner of the globe, who gathered together during three consecutive days under the roof of one of the greatest venues I’ve had the pleasure to visit, the stunning Majestic Theater in the heart of Gettysburg Pennsylvania.

You might wonder why I am writing this article after more than a month, and there are couple of good reasons: firstly, this year I was vested with the honor to be the festival official photographer and I tried to do my very best at capturing what happened during the last three days through my images, hence I kept working on all the pictures galleries for many days after the event was over. Secondly (and frankly, the main reason) is that being able to look back at all the fleeting moments seized by my cameras and reflected in my shots have re-enacted the lingering memories of another memorable weekend filled with great music and even better friends.

Describing in details the performances of each individual band would probably fill out pages, as the common denominator of the event was over-the-top musicianship and professionalism from each one of them, so I’ll do my best to keep the article concise and short. And please, remember that this is just my opinion, music is a subjective listening experience and my thoughts are no more valid than yours if we are on opposite sides of the fence. 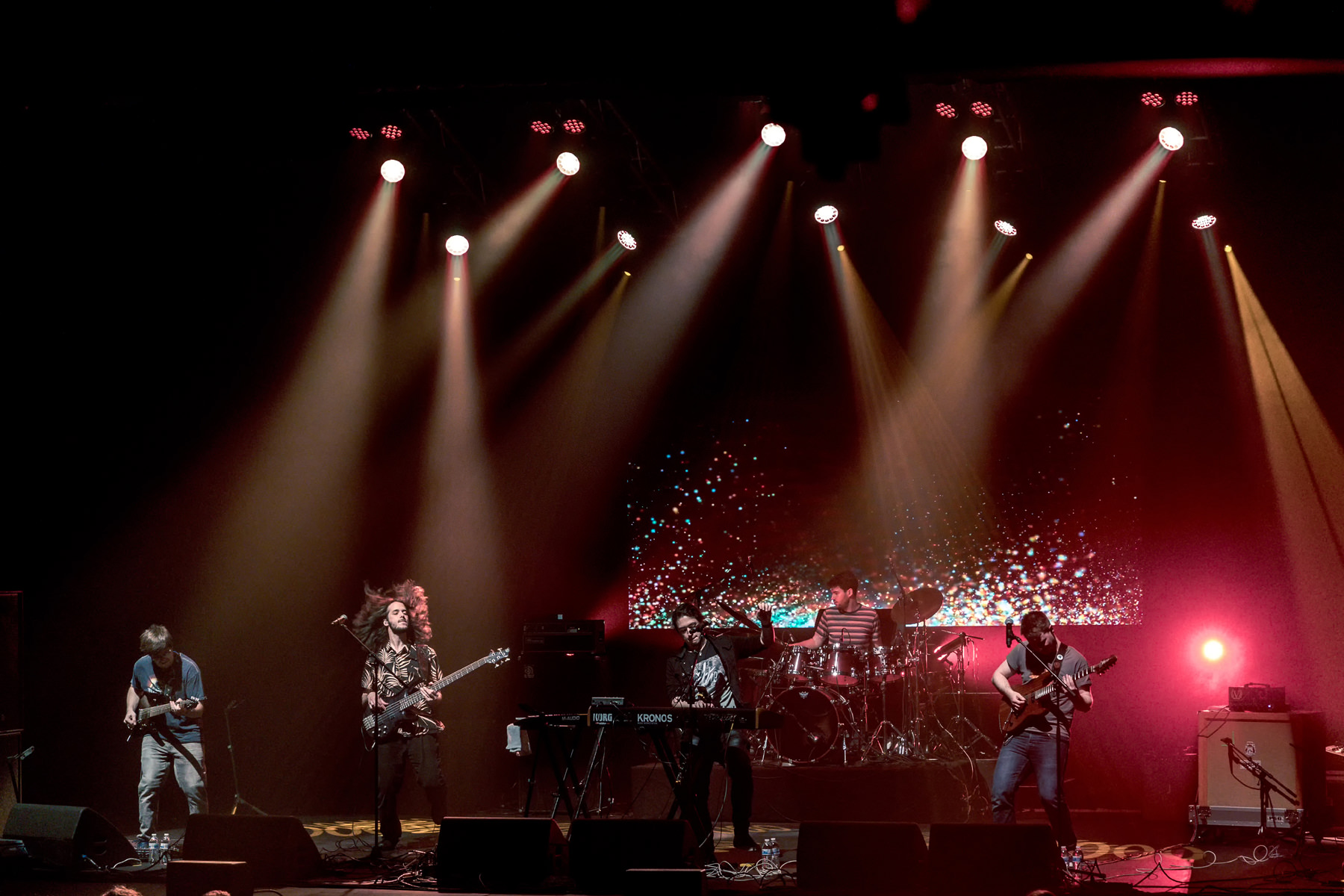 The event’s festivities were opened by KYROS, the novel five-piece progressive rock band from London (formerly known as SYNAESTHESIA). They had played the festival two years before (that time under their previous moniker), and found themselves amidst a US tour supporting their last album “Vox Humana”, which was being played in its entirety at every show. You can perceive influences in their music from acts such as FROST, PORCUPINE TREE, MUSE and PAIN OF SALVATION; however, nothing farther from reality than categorizing them by the aforementioned bands. KYROS has progressed and evolved at an incredible pace, and led by the impressive stage presence of both, vocalist and main songwriter Adam Warne and bassist Peter Episcopo they served a one hour and 20 minutes kaleidoscope of musical chaos during: straight ahead heavy-prog with beefy twin guitar attack paired with beautiful melodies, carefully harmonized and constantly evolving to keep the creativity flowing throughout the whole set, which pretty much felt like one long beautiful song with all kind of musical variations and a spectacular finale. 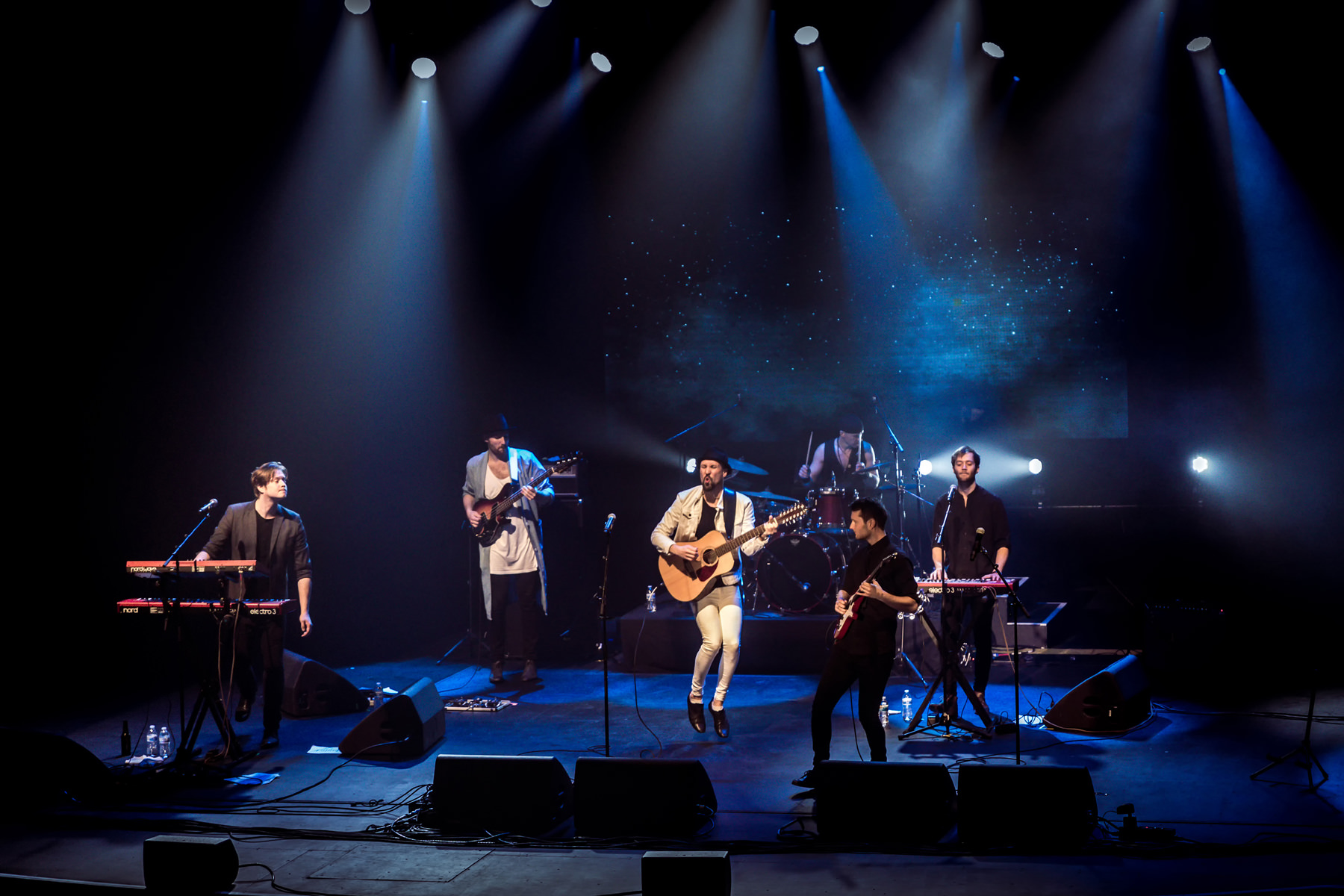 If KYROS opened with a very high note, MOON SAFARI closed the first night on another. Their golden vocal harmonies (You might be remembered of STYX, MANHATTAN TRANSFER, REO SPEEDWAGON, BILLY JOEL, etc.) deeply rooted in the European harmony vocal tradition with some strong jazzy overtones on some parts, multi-layered instruments, thick vintage Mellotron, and lush arrangements commanded the theater audience and sent beautiful, uplifting, pleasant and positive waves in every direction. If in their albums they continue to meet their own particular and exceptional high standards, their shows are no exception. Someone described their music as QUEEN meets BEACH BOYS meets KANSAS meets ABBA and a bit of GENTLE GIANT on moogy keyboards, and to these ears this is a blissful and winning recipe. During their lengthy set which spanned through their entire discography, the sextet received several standing ovations and watery eyes were seen amongst the audience.

This article continues here. Below you can find the complete picture galleries for the first day.