The 2016 curtains are closing today and despite the losses of so many greatest artist during the last 12 months (I don’t even feel like mentioning their names here to prevent myself from getting overwhelmed again by the sadness of their absences) the leap year 2016 has been exceptional in the progressive-rock realm. Pretty much beaten down in the eighties, Prog-Rock never quite died and the nineties saw a revival – first in Sweden (with bands like Änglagård, Landberk and Anekdoten) and then in America (with Spock’s Beard, Echolyn and Dream Theater). Since then it has been a long climb back to relevance, and nowadays Prog-Rock has evolved from a somewhat underground scene to become home of some of the most exciting music being recorded today.  I got sidetracked during the last couple of weeks, and completing a list of my favorite picks of the year became a daunting task, yet I managed to finish it only mere hours before the dawn of 2017. This list caters to my personal taste and to the spectrum of albums I listened to during 2016. I do not rank albums based on pure musical instrumentation ability or sonic clarity but using many other criteria, one of them being the ability of the music to draw me back again and again to play a specific record. At the end music is a subjective listening experience and my opinion is no more valid than yours if we are on opposite sides of the fence. Without further ado…

Extremely proud of including my fellow Cuban countrymen in this list. After the release of many good albums (Most of them completely unknown for the first world prog lovers), Anima Mundi is back with another symphonic adventure of epics songs. A modern symphonic prog-rock album with heavier moments, the music has a lot of quiet and beautiful atmosphere where the melody is carried slowly. “The Chimney, the Wheel, and the War” is an 18 plus minute epic that is absolutely mind-blowing. An album where the emotions flow perfectly accompanied by the musical lines, make sure you hunt it down and enjoy it! 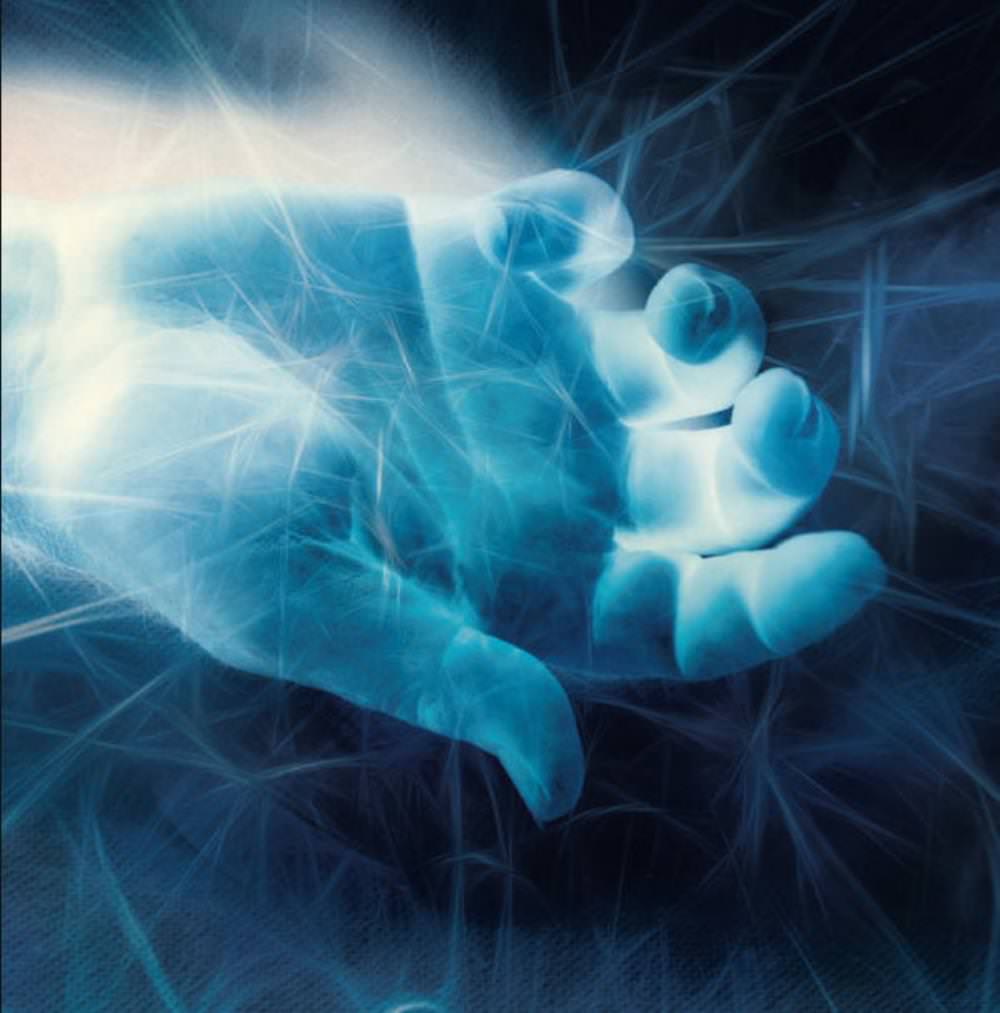 “I, Me, Myself” Album Cover

An impressive combination of creative instrumentation and heartfelt songwriting this is not an album for everyone. The Russian duo of vocalist Marjana Semkina and pianist Gleb Kolyadin have created a suite of music that coheres in a deeply compassionate and empathetic way around the story of their central protagonist, a character navigating the depths of an unspecified mental illness. Lighthouse is a rich and eclectic album, with echoes of classical music, the Canterbury scene, northern folk, jazz and electronic sounds. 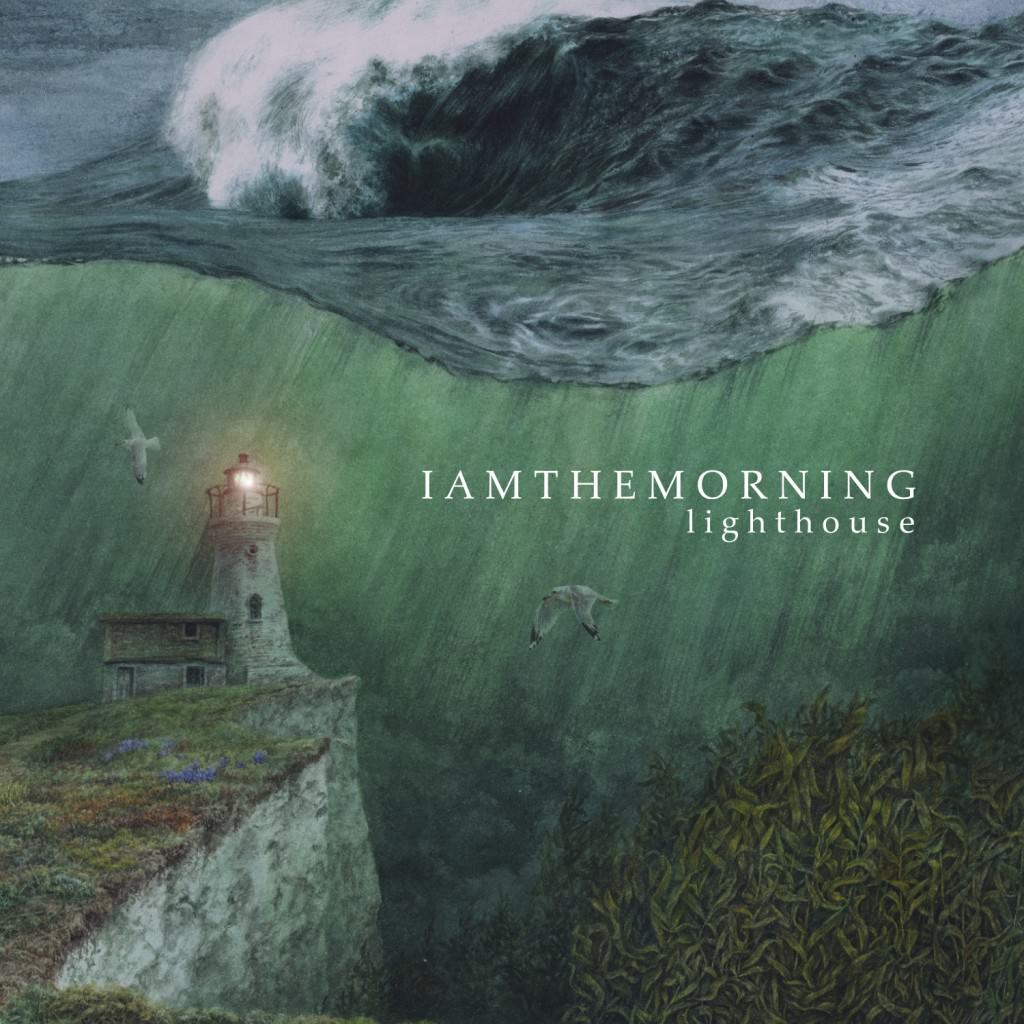 Veteran American prog band Glass Hammer continues to prove its importance by making a gigantic leap forward with this splendid effort “Valkyrie”. With some delightful departures from what some would call their signature sound the band continue to evolve into one of the world’s foremost Progressive Rock bands. A masterclass example of current progressive music that perfectly fuses vintage and modern sounds with an equally on-point balance of subtlety and bombast “Valkyrie” shows us a more earthbound Glass Hammer but one that still wields the force, power, and musical alchemy that they’ve always used to create mighty prog epics from the most unexpected places – even from the heart and mind of a wandering soldier. 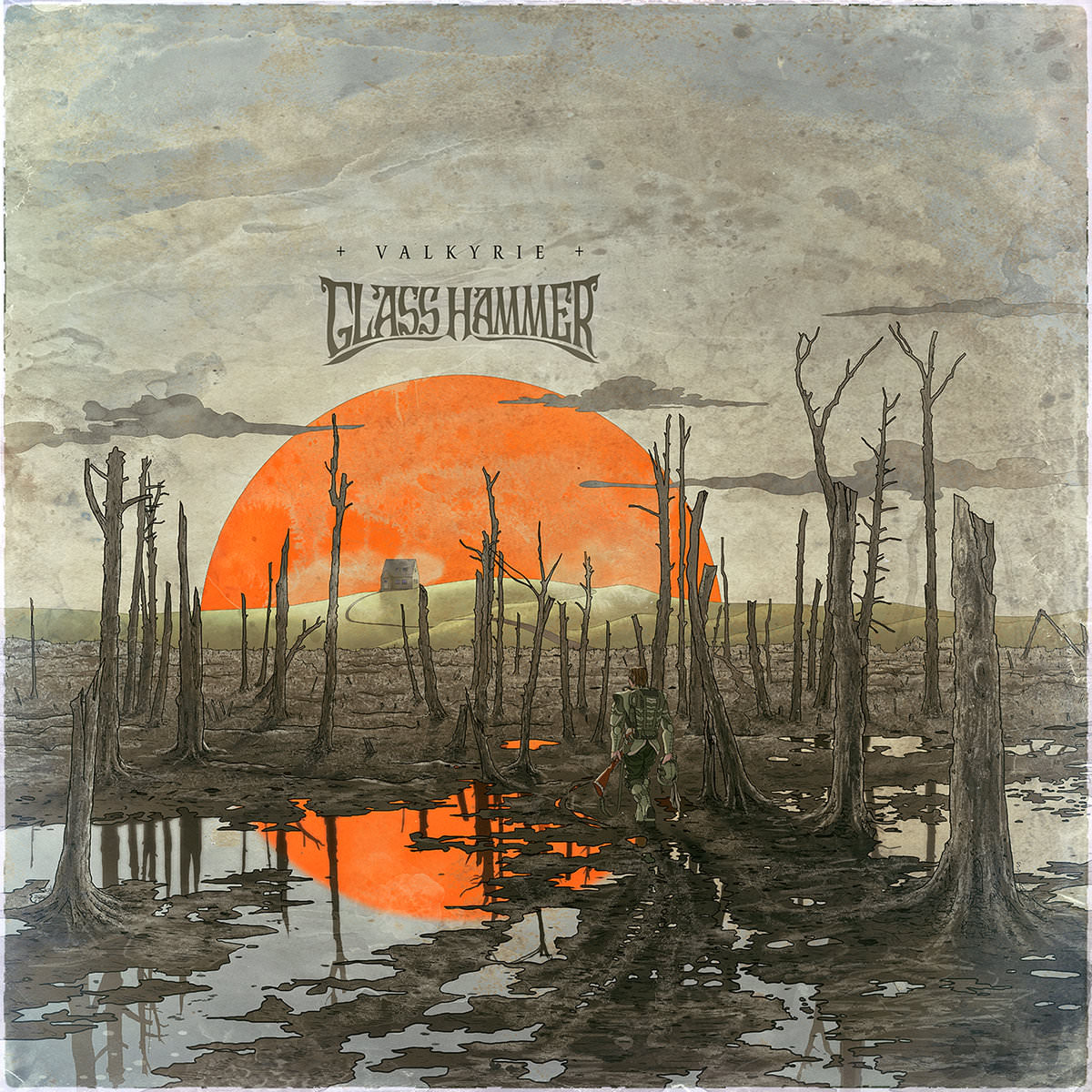 14.- The Pineapple Thief ‎– Your Wilderness

This Bruce Soord-led project is now eleven albums in and as their name grows in stature they eschew the trappings of the more polished edges of their last couple records and go for a more standard Prog sound. The inclusion of drummer Gavin Harrison (Porcupine Tree, King Crimson) proves to be pure magic as his percussive touch is all over this release. Each of the songs found on Your Wilderness utilize the band’s penchant for lush instrumentation to full effect, often creating a mood and atmosphere that builds into a goosebump-raising climax. The music carries the themes of isolation in a vast, empty space from its slow-build opener “In Exile” all the way to its pensive closer “Where We Stood”. There are some heavy moments throughout, including a galloping riff in the middle of “Tear You Up”, but on the whole the record is a hushed affair from the Pineapple Thief. Immaculately produced and beautifully executed, “Your Wilderness” serves notice to the world that The Pineapple Thief is no mere baby Porcupine Tree. Their best days still lie well ahead of them. 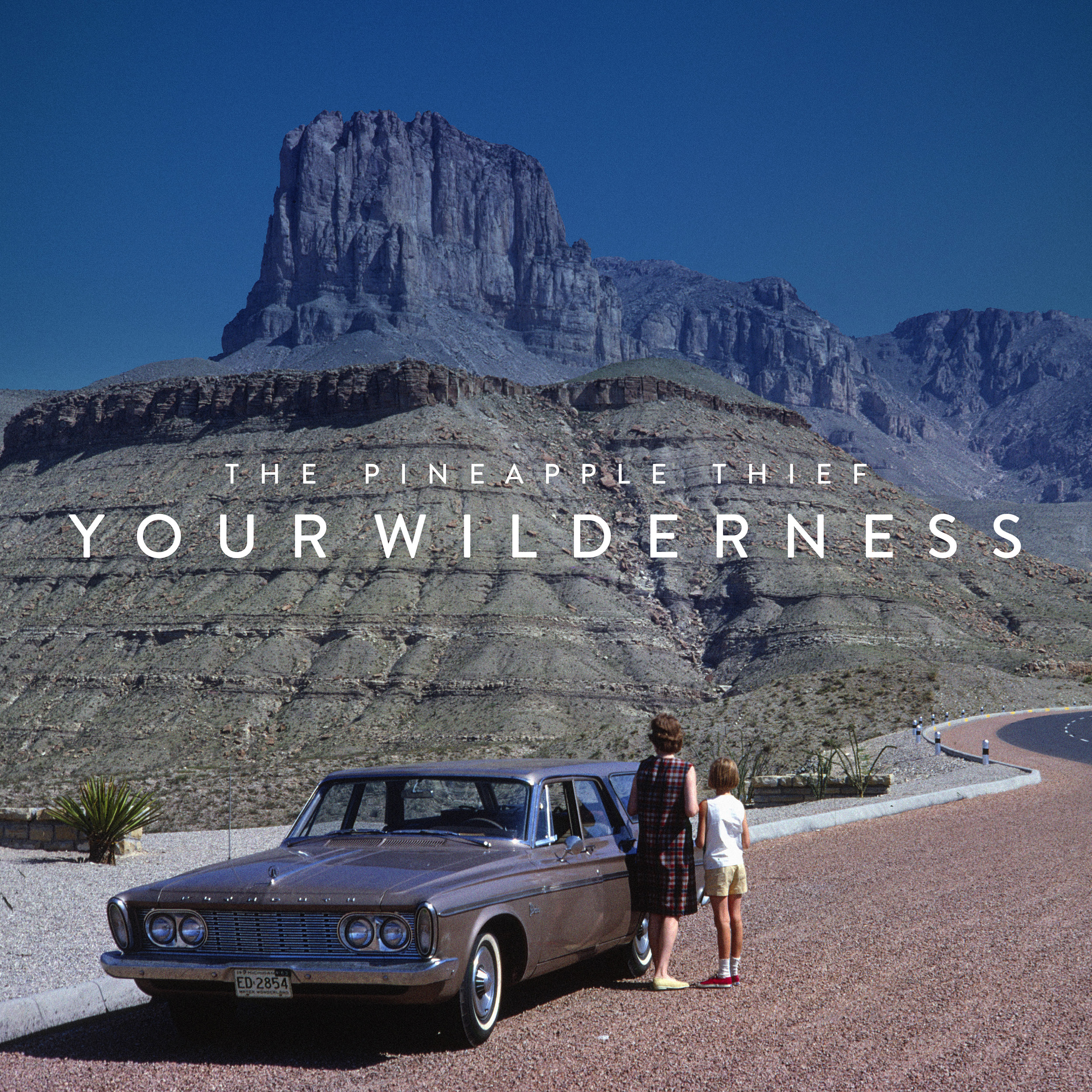 John Wesley, who is known as a live session guitarist and singer for Porcupine Tree over the years, is a true exponent of forward thinking progressive rock. A Way You’ll Never Be shifts between heavy and smooth passages with a near-cinematic grace, sometimes giving the impression there’s less complexity at work than there really is. The music draws from a variety of sources, including a surprising number of nods to the alternative rock of the early nineties resulting in an album that is elegant, heavy when it needs to be, and full of emotion.The perfect prove that progressive rock can be accessible and even catchy. 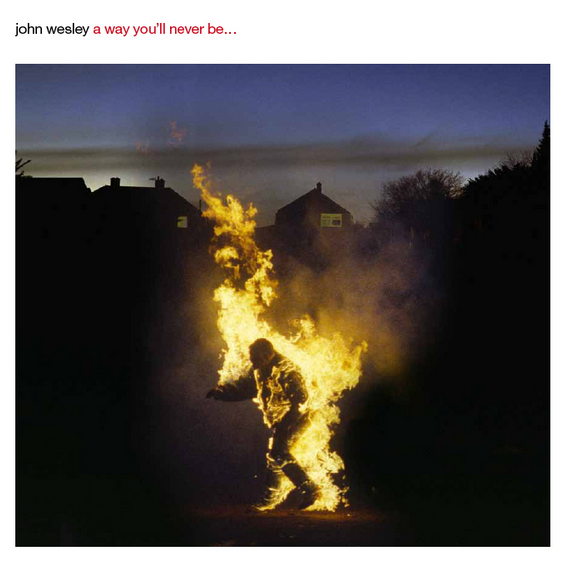 Sorceress marks a third and definitive attempt in the metamorphosis of the band’s sound initiated with Heritage and further developed with Pale Communion.  It comes full circle with their foray into a drastically different musical territory, where straight ahead 1970’s-influenced prog-rock marries analog synth driven jazz-infused soundscapes sprinkled with psychedelic guitars and medieval-folk melodies. The Blackwater Park days are long gone, and the band is clearly unwilling to return to their stylistic roots, but moving towards to explore uncharted territories, developing an intricate palette of styles and ideas and pushing them to the extremes of its expressions. “Sorceress” bears the imprint of a band broadening its influences rather than transcending them, while inviting the listener to follow them throughout a truly defiant and bold musical journey. You can take a look at my full review of this record here. 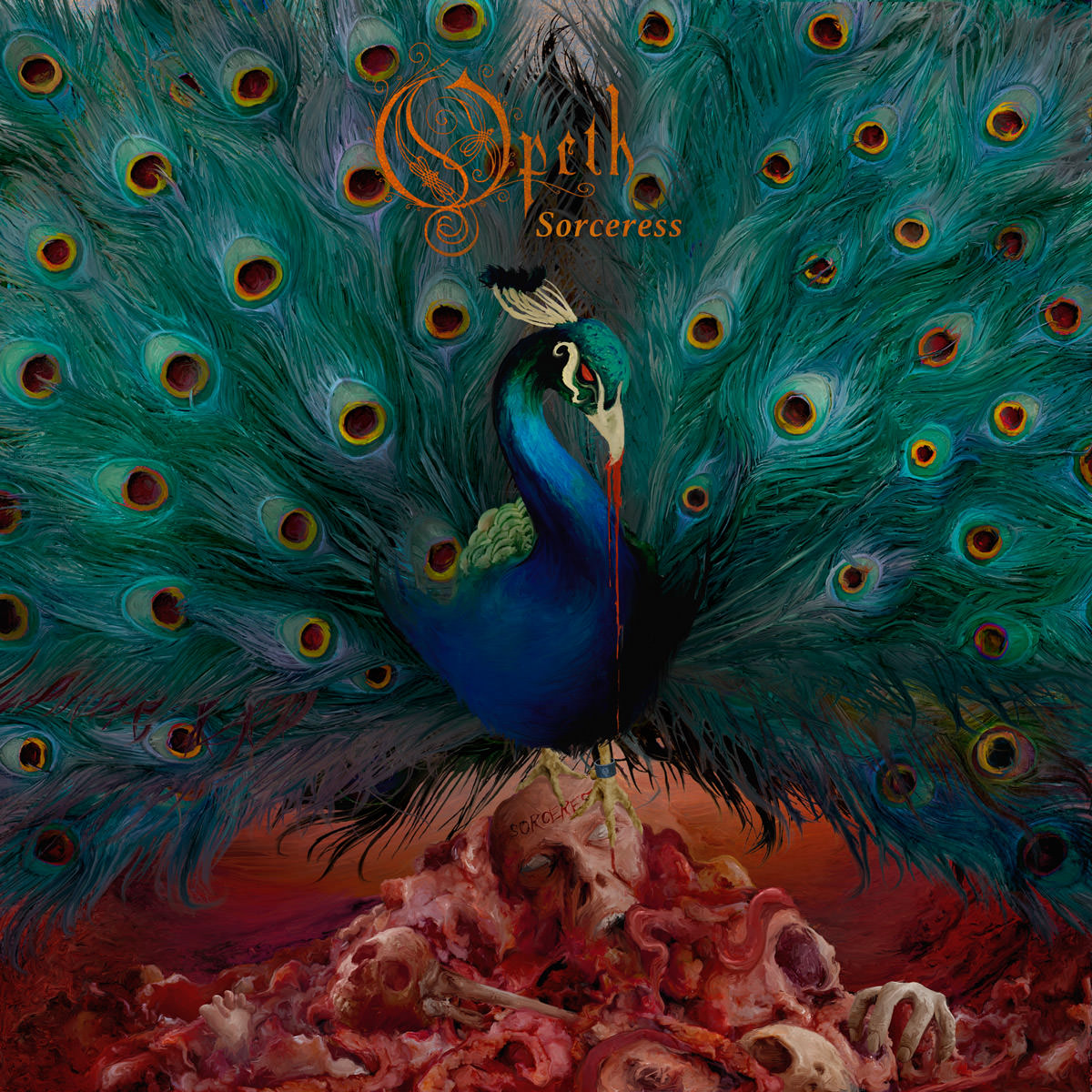 Cosmograf is a progressive rock project lead by Robin Armstrong, a British multi instrumentalist progressive rock musician who has released five albums under the name since 2009. Robin’s cast of distinguished guest performers includes Nick D’Virgilio (drums), Nick Beggs (bass), Dave Meros (bass), Rachel Hawnt (vocals) as well as a number of voice acting contributions. The Unreasonable Silence is an existential concept album with an alien theme, based on The Myth of Sysiphus by the French philosopher Albert Camus. The imaginative story is unnerving whilst the music is captivating on a human level but cinematic in scope – ranging from crunching Deep Purple riffs, through atmospheric acoustic passages to sweeping Floydian soundscapes. There isn’t a weak moment here, as its plot, melodies, effects, and arrangements enchant from beginning to end. High on concept with thought provoking story lines, outstanding musicianship, lots of tasty sampling… all converging to make an utterly pleasurable listening and re-listening experience: this album is simply stunning. 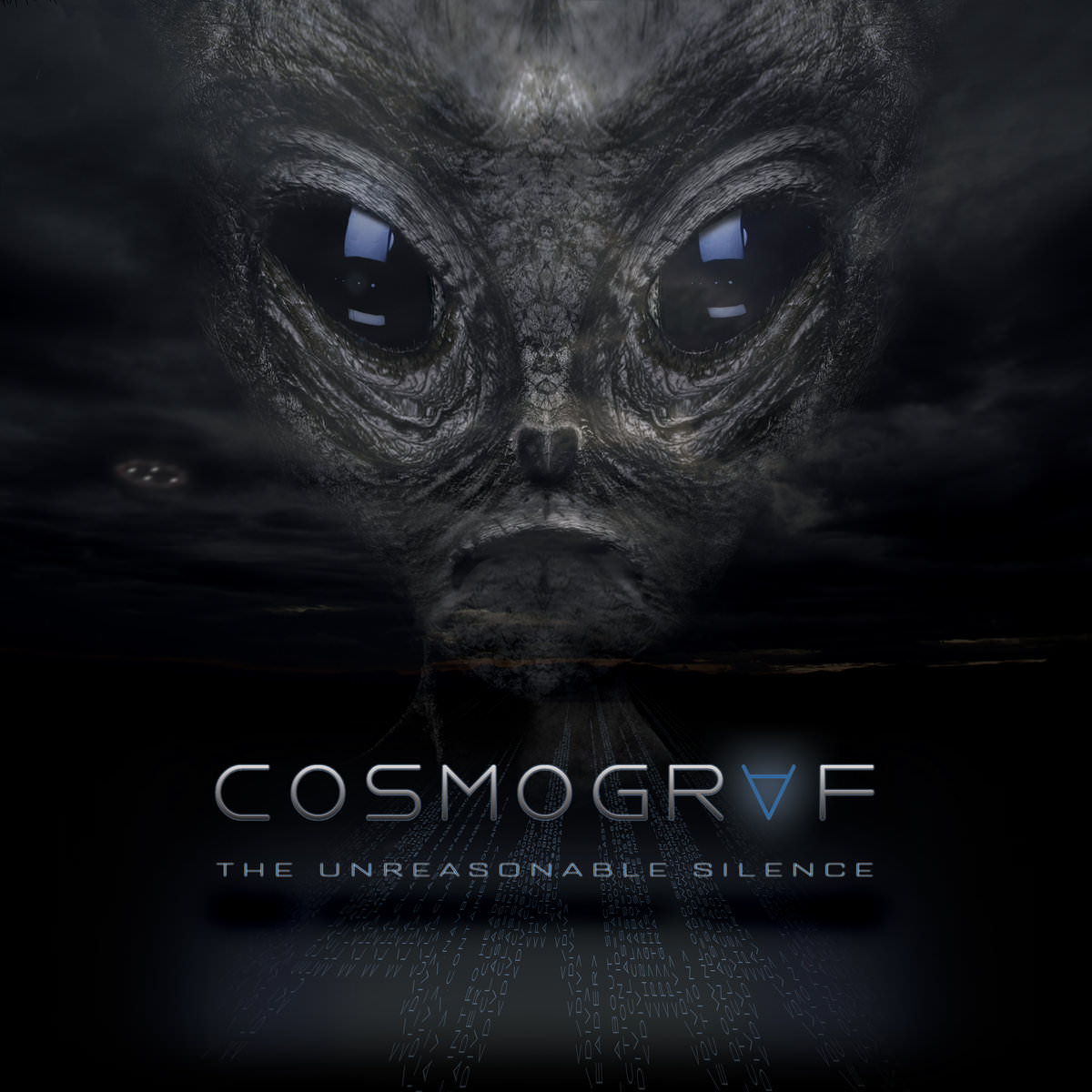 Hawaii is a double concept album inspired on a post apocalyptic world where human colonies were established in space after the destruction of Earth. But before the extinction of the planet Earth a project was initiated to make sure human race would survive. And this exactly where the album takes you during its almost 82 minutes: into a sci-fi Prog-Rock adventure. Over twelve tracks the music explores the dilemmas and challenges of such a scenario. The stock in trade of this beyond excellent Chilean band has its foundation in melodic rock, then finds itself infused with everything from prog rock to AOR rock, art rock to jazz fusion. Many instrumental elements weave through their tunes: gentle piano and guitar, yet brisk guitar solos also, melodic and smooth vocals and vocal arrangements, and an emphasized bass line. A record that requires some commitment from the listener up front, before it will reveal the intricacies of its emotional core, “Hawaii” is a beautiful and emotionally- laden journey. 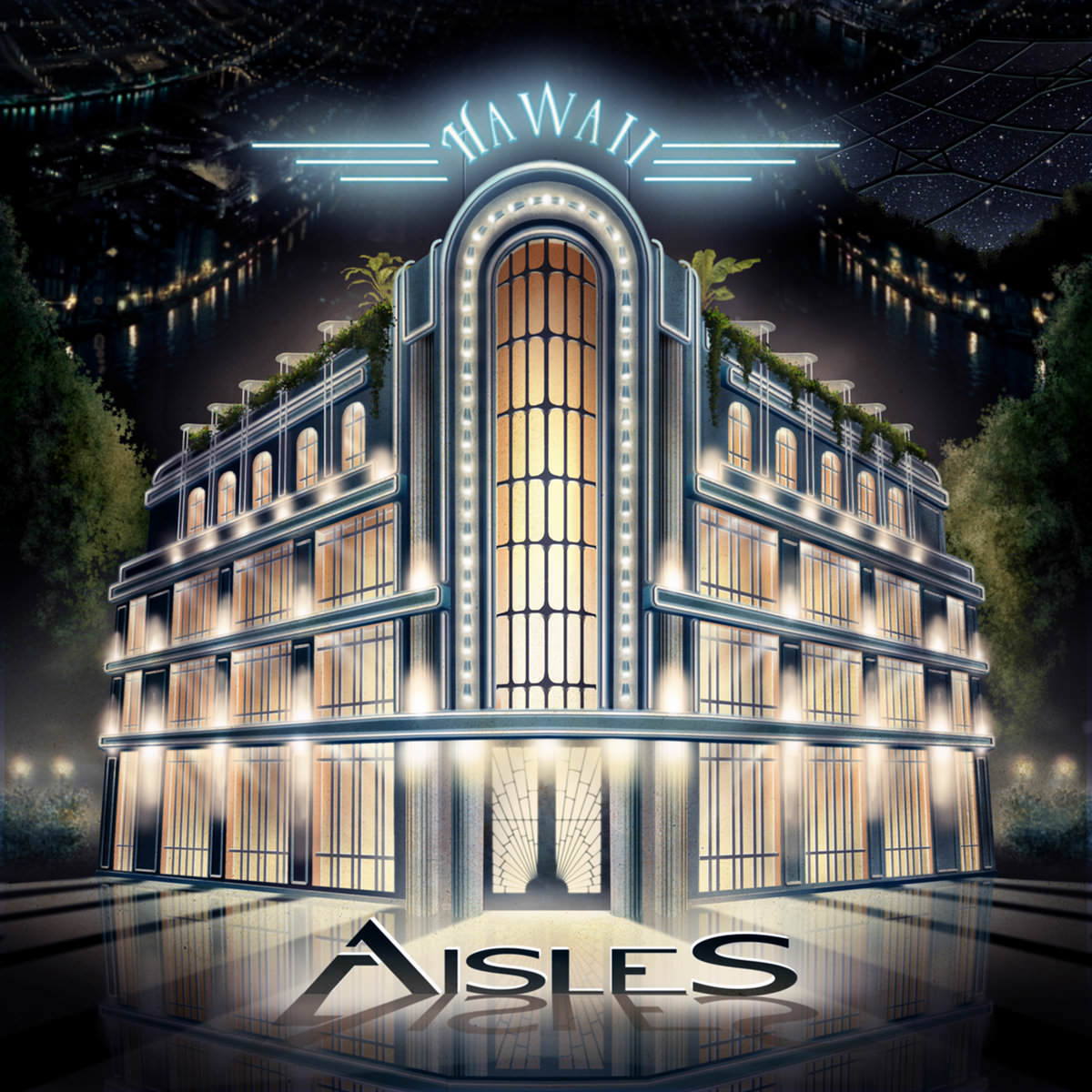 This one really floored me. This band is a rock music juggernaut whose audacious exploration of their instruments limitations, challenges everything you may have come to know about this genre. To label them as “progressive rock” is equal parts accurate and unfair. On one hand, the musical influences are undeniable, with several nods to prog pioneers such as Rush, Yes, The Moody Blues and Queen. On the other hand, the music never falls prey to the often inherent pitfalls of prog (self-indulgent soloing, meandering interludes, obscure and unrelatable lyrics, etc.). Instead, the band somehow manages to easily straddle the line of presenting a timeless and remarkably accessible record that never feels pretentious, all while dressing it up with a familiar and nostalgic tapestry. You can read my own review here. Can’t wait for them to release this album on vinyl! 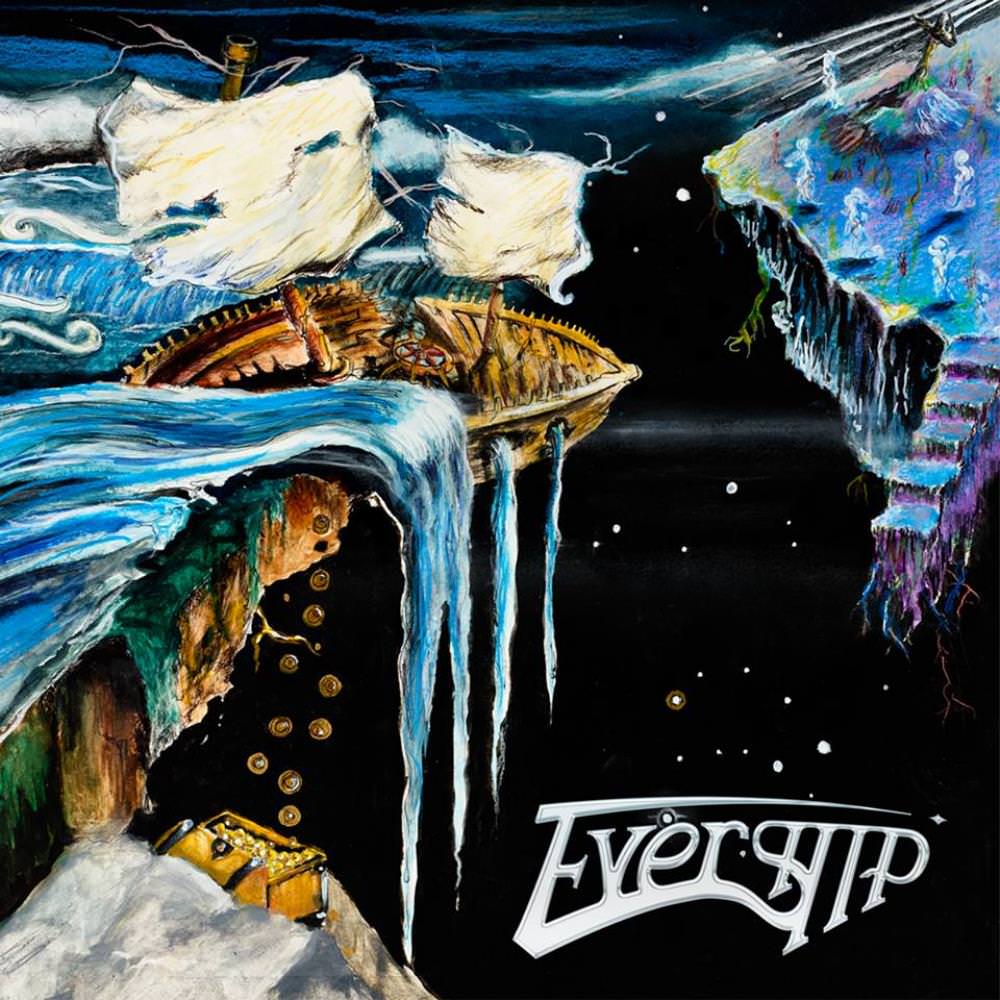 Sixteen years since their last album, Kansas comes back with a vengeance – and three new members: vocalist Ronnie Platt, guitarist Zak Rizvi and keyboardist David Manion. The Prelude Implicit is excellent in every sense of the term. Kansas shows what it truly means to be timeless and quite literally defy aging in their music. This is a band with renewed life, a new attitude and the desire to create once again.  Everything here takes you back to their glory days without really copying themselves: the music is different, yet so familiar and refreshing you cannot help but loving every minute of it. Please Kansas – don’t wait another 16 years to present us with another offering from your muse. 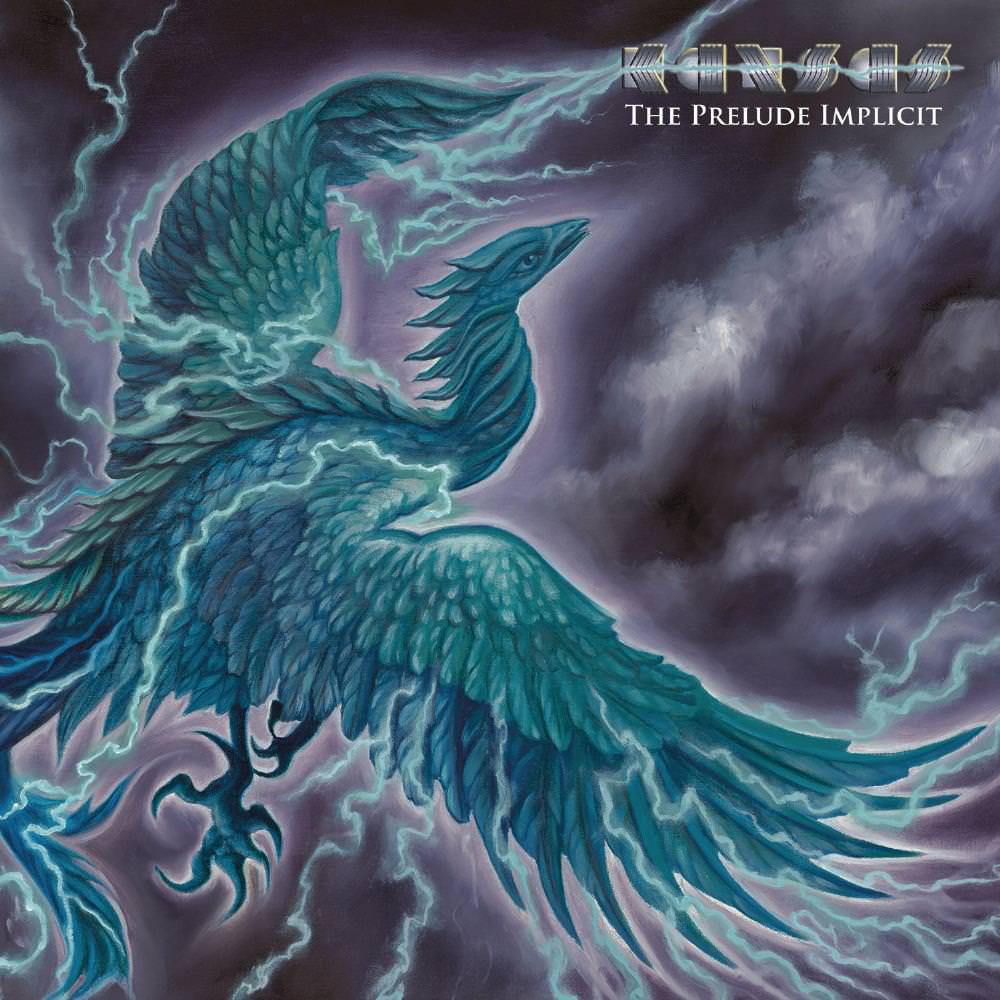