The Keep it True festival has existed for almost two decades now, and it’s held in Lauda-Königshofen in Germany, and the whole philosophy behind the event is to have a cast of bands who in the minds of the organizers, should have had better luck in the metal ranks. The festival seems to focus on bands from the 1984-1994 period, and organizer Oliver Weinsheimer takes pride in how successful it has been in terms of creating a captive audience.

Over the years, Keep it True has featured headliners like Cirith Ungol, Fifth Angel and Agent Steel. Pretty much all the bands that play there are those who would require a deeper knowledge of the metal scene for one to be aware of them. And one of them in particular is now the subject of a documentary, entitled “I’m Too Old for this Shit”. The band in question is Siren, and through 90 minutes, we follow the journey of the band members to reconnect, set differences aside and put together a set to play in the festival.

Part “Still Crazy” and part “The Story of Anvil”, Siren’s case is an all too familiar tale: a band that thought they had what it takes to reach the highest echelons of the metal ranks, but was suddenly hit with a bitter dose of reality and eventually had to call it quits. On “I’m Too Old for this Shit” we are reminded of the origins of the band in Brandon, Florida, and follow their journey from their current professions back into “touring musician” mode.

Siren toured extensively with Nasty Savage, Oblivion and many other local bands, and seemed destined for greatness. By April 1986 however, they didn’t have a record deal – or at least some of the members didn’t think they did, because an album did happen at the time, with only one portion of the lineup. But their story back then ended on a sour note, with the album going nowhere and all members moving on with their lives.  In that sense, “I’m Too Old for this Shit” is a picking-up-the-pieces kind of movie, where Ed Aborn (drums), Doug Lee (vocals), Todd Grubbs (guitars), Hal Dunn (guitars) and Gregg Culbertson (bass) decide to start off with a clean slate, reform what was left of the band and prepare for the one-off event in Germany. 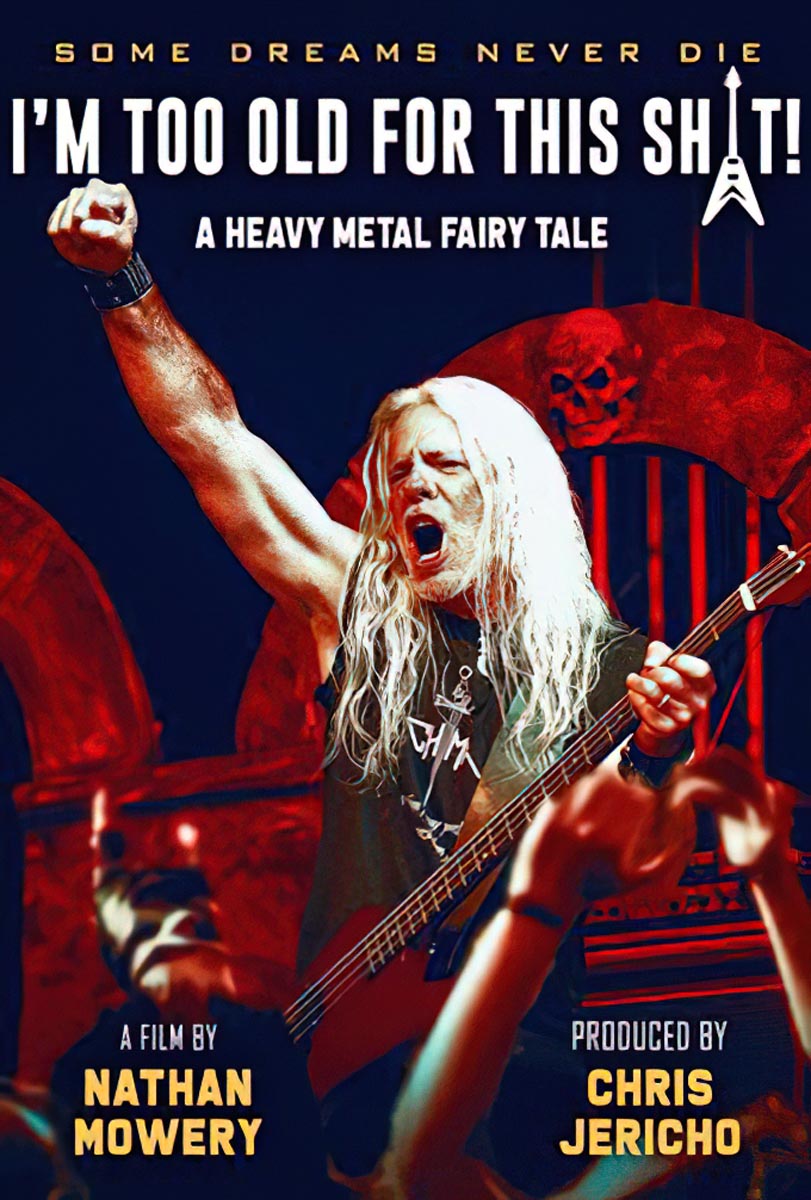 Directed by Nathan Mowery, whose other credits include WWE-related movies, this is ultimately a story about chasing your dreams, no matter how old you are. And that works not only for the band, but for the small but dedicated European fanbase, which was finally able to experience their favorite group live. In the words of drummer Ed Aborn, “It took the 53-year-old version of you to make this happen, but you’re gonna live it”. If that doesn’t convince you, try the story of a fan who flew in from Holland to the States just to see a warm up gig at Siren’s local turf!

Mixing the rehearsals for the festival and the anticipation from the fans for their performance, and culminating with one song off their set was a nice editing touch, which builds momentum quite nicely, without spoiling the surprise. A few funny and endearing moments on the way to Germany are added almost as if to justify the film’s title: we see the musicians struggling with directions and modern day technology and trying to navigate through apps like Snapchat and Instagram. As expected, the road from home to their final destination is a rocky one, with all kinds of challenges along the way. But even throughout such tribulations, these middle-aged men are incredibly grateful to revisit the glory of their mid-20’s, where for a fleeting moment they seemed to be the next best thing in music.

Produced by WWE superstar Chris Jericho, the documentary features statements from many former members, touring buddies and fans, and climaxes when the band hit the stage at Keep It True, playing the quirky and heavy “Over the Rainbow”. The surge of energy of that one off show has clearly given Siren a new lease of life, and they released a new album in 2020, aptly titled “Back from the Dead”. They may be older, but the lessons learned, friendships rekindled and dreams reborn during their journey, make Siren kids at heart yet again, as they experience this heavy metal fairy tale for the ages!