In every man’s life, there are certain life altering moments that will stay in one’s mind forever. For Jonathan Zazula, aka Jon Zazula, such pivotal moment came when a friend brought to his record store, Rock’ n Roll Heaven, a demo tape called “No Life ‘Til Leather”, from a then unknown band called Metallica. Initially skeptical about playing it in his store’s speakers, he decided to listen to it first, and was so moved that he instantly decided to call the band and work with them. That call alone would start a whole movement, as Jon went on to manage Metallica, Testament, Anthrax, Overkill and many other pivotal names in the thrash scene.

“Heavy Tales: The Metal. The Music. The Madness” tells the story of how Jon Zazula met and managed all these bands and propelled them to stardom, and many other sides to this crazy chronicle of triumph over adversity. There couldn’t be a more apt title for the book, since metal and madness are displayed in equal measures, both feeding off and clashing against each other. At one point, he vividly describes how band members and his family shared his home, dubbed The Fun House, bringing chaos and tenderness together.

With 200 pages, the book can be described as another chapter of the American dream. Jon, a Wall Street stock broker who got into trouble due to wire fraud, once learned from a man on the street the words “Nothing to it but to do it”, and took this as his motto since then. Together with his wife Marsha, they managed to build a whole dynasty out of a flea market where he sold his collection of used vinyl to be able to pay his bills after being released from jail. From the light-bulb moment of listening to that Metallica demo up to his last days of managing bands, he faced many ups and downs, struggles and wins, and lived to tell it all, relatively unscathed, but certainly changed. 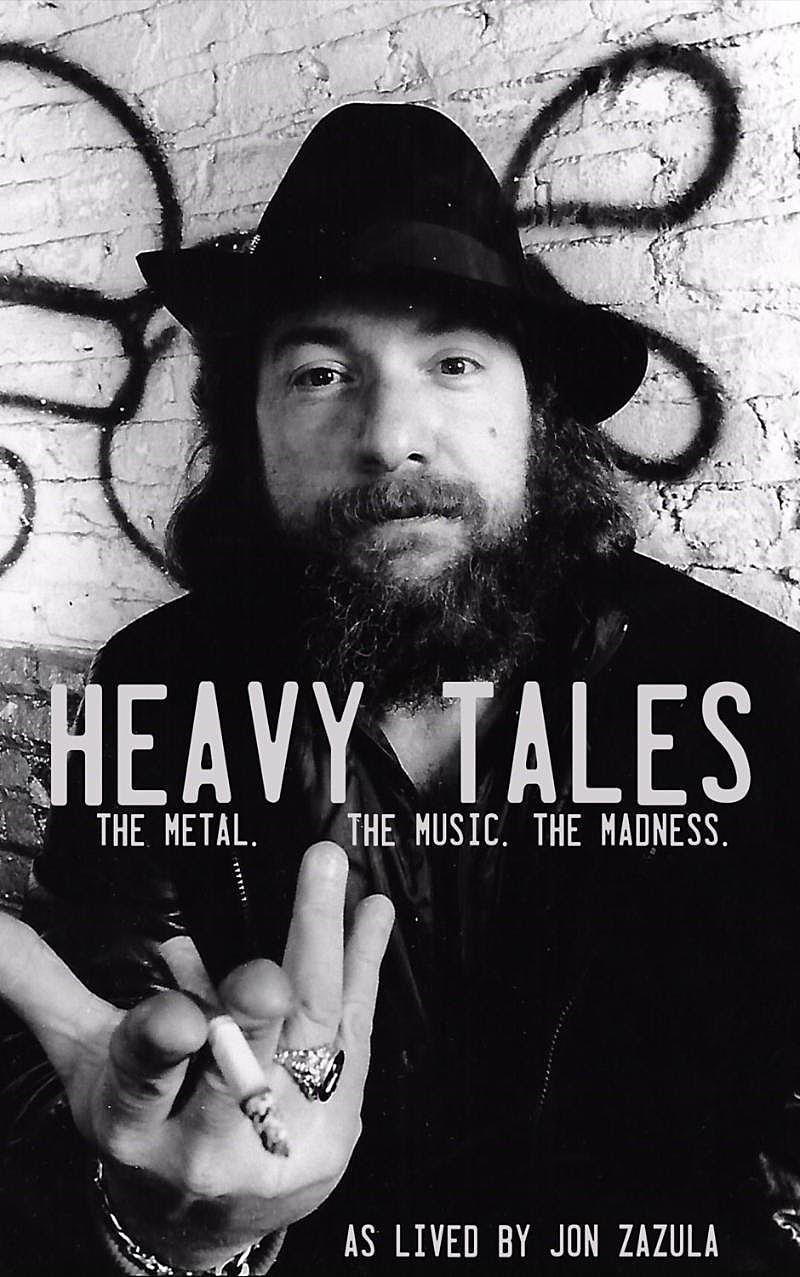 Wearing his heart on his sleeve, Jon told his story to co-author Harold Claros Maldonado, who was clever enough to maintain the man’s working class attitude in writing form. One thing is for sure when it comes to Jon’s demeanor: there is no sugar coating or beating around the bush here. He’s very honest about his belief in God, and about how his struggles with manic depression affected him, his family and the bands he managed. There are no complaints, justification or romanticizing of his condition, he just plodded along and lived with it. Remember, “Nothing to it but to do it”. And that honesty and pragmatic approach also came along in his role as manager, when he clearly told bands like Anthrax or Testament that they weren’t ready yet for the spotlight when they first approached him.

Jon’s life events are told in frantic form, and will grab the reader by the throat. I’m married and have a five year old and two jobs, so if I said that I read this in one sitting I’d be lying. But the book indeed does a great job of captivating the audience, and while it will surely have more meaning for metal-heads, it can also be entertaining if you don’t know what “Big Four” means. Richly illustrated, it features pictures that were relevant for thrash history, such as the payphones used by Jon to call Metallica for the first time, Anvil’s first show in the U.S., many posters of the shows Jon booked and bands he managed. Their business cards didn’t read “Jon Z – The Power” and “Marsha Z – The Strength” by accident: when it comes to band management, Jon was the guy who took you to the moon, while Marsha made sure you landed safely. The push and pull of record companies is told in lots of details, and there’s rich evidence of how sometimes the success or failure of a band would be determined by yuppies with shoulder pads on their suits. 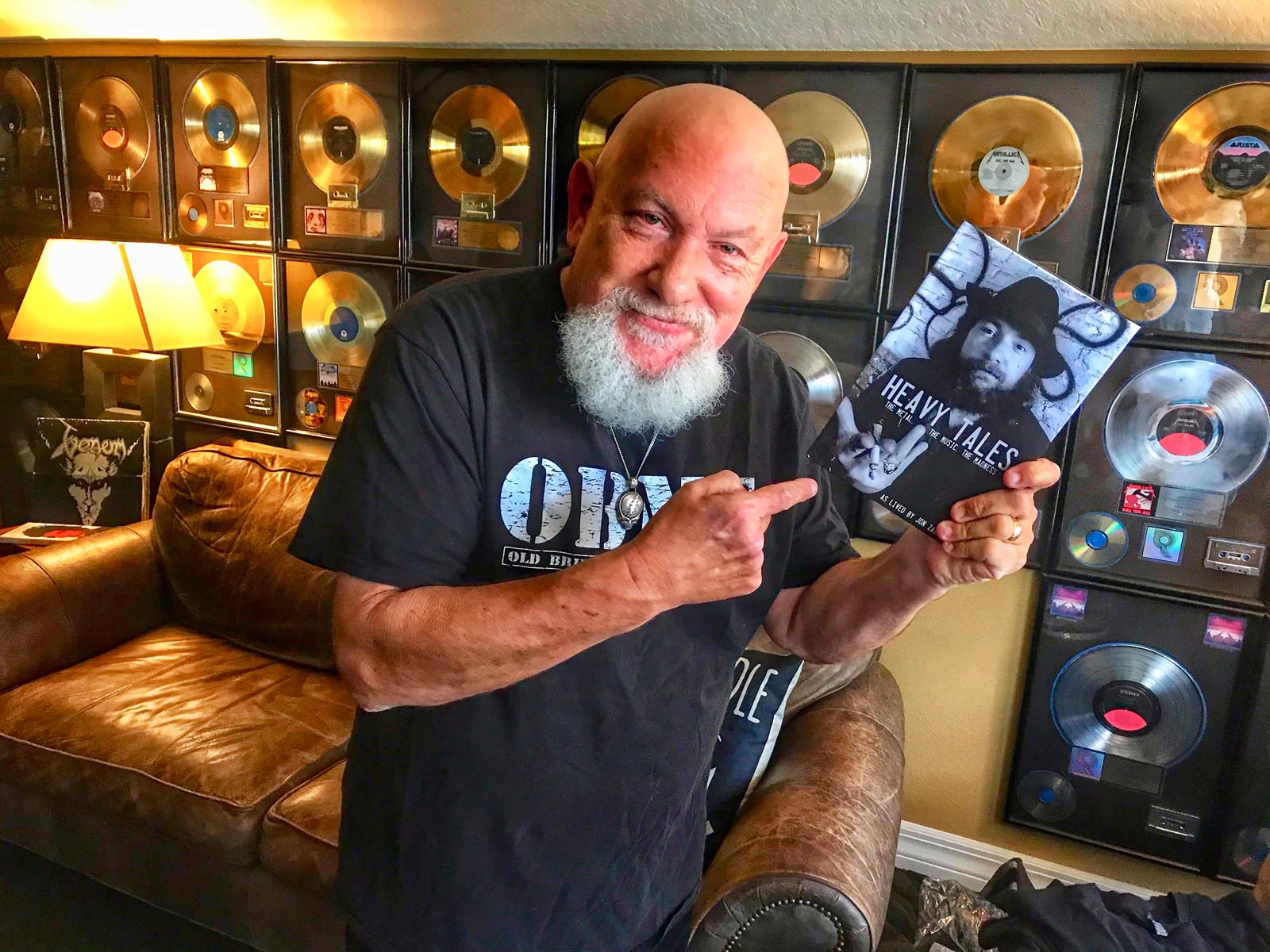 The biggest draw of this book is that many anecdotes and crazy stories that us old metal-heads would read about in magazines like Hit Parader, Kerrang! or Metal Hammer, are told by someone who lived them all: Manowar signing a contract with their blood, Ace Frehley’s drug and alcohol addiction, John Bush being asked to join Metallica (and years later, Anthrax) and many more. It’s also a testament of how the music business and musical tastes have changed through the years. Jon would go on to manage Ministry, Kings X and other non-conventional bands in the 90’s, and reflects on why some of the acts he associated with weren’t more successful.

With a foreword by Testament’s Chuck Billy, one of the very few people in the music business who is still in touch with Jon, “Heavy Tales: The Metal. The Music. The Madness” was just released two three days ago on October 29th, and is a must read for fans of the bands already mentioned here, but also of Mercyful Fate, S.O.D., Venom, Soilwork, Warren Haynes and many others. I almost wish he would go into more detail on a few of the stories, but it’s palpable that he does what his memory allows and goes as far as he can without being set for a lawsuit.

More than a typical rock n’ roll book, this is a blue collar success story, and it took Jon and Marsha the right amount of craziness and boldness to do what they did. In Jon’s own words, “At one point we were one of the biggest indie record labels in America. With all of the mistakes and all of the successes, we managed to thrive. Readers may learn what to do and what not to do as fledgling industry hopefuls getting started in the business. The book is a hard, brutal unraveling of the truth, and tells it all. I’m putting this book out around Halloween, because there’s nothing scarier than the truth.” Get your copy from here, and learn about the genesis of one of the most important metal genres, from the man who kick-started it all.