IRON MAIDEN‘s “Killers” turns 40 today. Follow me as I revisit the track-list, the recording process, the turmoil surrounding the band at the time, and much more.

There’s an old saying about sophomore records: “you have your entire life to write your first album, but six months to write the second one”. That thought didn’t seem to worry Steve Harris and co. as they entered Battery Studio in November 1980 to record the follow up to their much-incensed self titled debut. Right before the beginning of the recording, the band had to cope with a lineup change, and one that would define their sonic attack for years to come: guitarist Dennis Stratton didn’t see eye to eye with the rest if the group when it came to the musical direction, and had to be let go. Steve and Dave Murray recruited Dave’s childhood friend Adrian Smith, whom they met by accident one night in London, and so was born MAIDEN’s six-string partnership. Dave and Adrian would become a key element of the band, bringing harmonies that made their sound recognizable and unique throughout their classic period.

After a short UK tour and an appearance on German TV, the quintet set on to record “Killers”, with a lot of material already in the bag from the early days of the band. Another career defining change was needed though, as they recruited Martin Birch for production duties. The man behind iconic albums such as DEEP PURPLE’s “Machine Head”, RAINBOW’s “Long Living Rock and Roll”, WHITESNAKE’s “Trouble” and BLACK SABBATH’s “Heaven and Hell” couldn’t have been a better fit for what MAIDEN wanted to accomplish, and quickly became the seventh member of the band – the sixth being, of course, the menacing mascot Eddie.

“The Ides of March” was one of the songs the band brought to the studio, and it’s almost a carbon copy of SAMSON’s “Thunderburst”. Although Steve Harris takes full credit here, it was written during the brief time in 1977 in which future SAMSON drummer Thunderstick was a member of IRON MAIDEN. This epic, looming track was played as an intro tape to the band’s shows on the subsequent tour and served as an announcement that they were ready for battle. 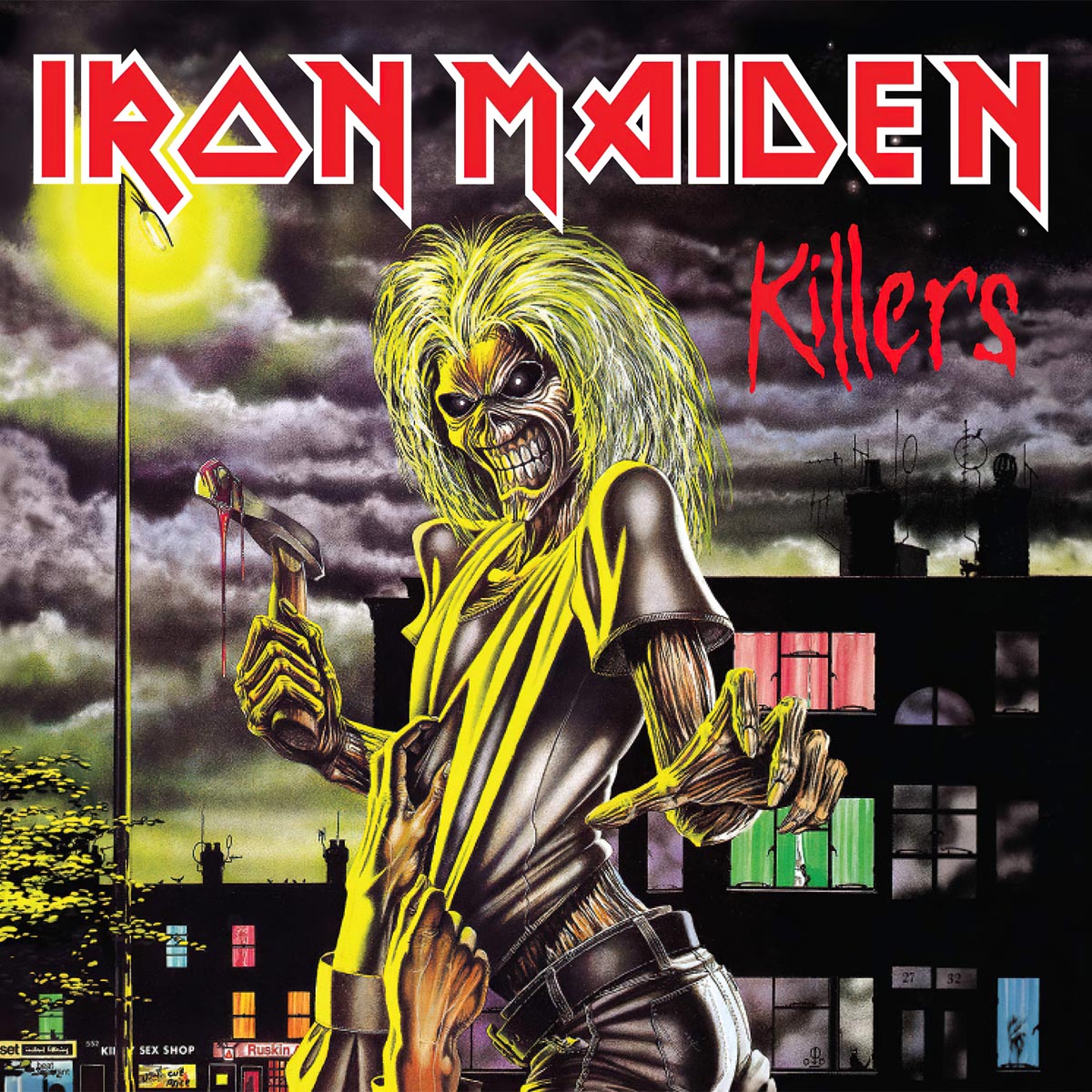 Next up on the original track-list is “Wrathchid”, a staple of their live set to this day, with one of the most remarkable bass intros in all history of metal. An earlier version of this song appeared on the Metal for Muthas compilation in 1979, and the sheer anger of its lyrics could just as well have guaranteed a spot for it on MAIDEN’s debut: “I was born into a scene of angriness and greed / And dominance and persecution / My mother was a queen, my dad I’ve never seen / I was never meant to be”

Next up is Harris’ take on Edgar Allan Poe’s “Murders in the Rue Morgue”, a song that would eventually resurface to the setlist on a few tours: it was played on selected dates of the World Slavery Tour, with Blaze Bayley on vocals on the Virtual XI Tour and on the Early Days Tour in 2005. Saying that this is a concept album is obviously quite a stretch, but one common theme that permeates at least a handful of tracks on “Killers” is the tale of the misfit who’s running away and may or may not have done something wrong. This is brought up again on “Innocent Exile”, another number which is fully driven by Steve’s relentless bass lines, and works almost as a companion to “Murders in the Rue Morgue”, further expanding on its theme – the protagonist here mulls over what to do after fleeing a murder scene, and blames an unidentified character for his troubles. Is it the victim? Could it be someone who framed him? I guess we’ll never know.

By contrast, on “Another Life”, Paul seems to question his very existence, when after Clive Burr’s tribal intro and Dave and Adrian’s piercing riffs, he sings about being “tired of living / I might as well end today”. This one was also played on both the Beast on the Road Tour, and the Early Days Tour in 2005, and is quite often used as an example by critics who think “Killers” was a step down from their debut. Of course, having the same lyrics on all three verses didn’t help its case, but still, it remains one of Clive’s drumming finest hours. 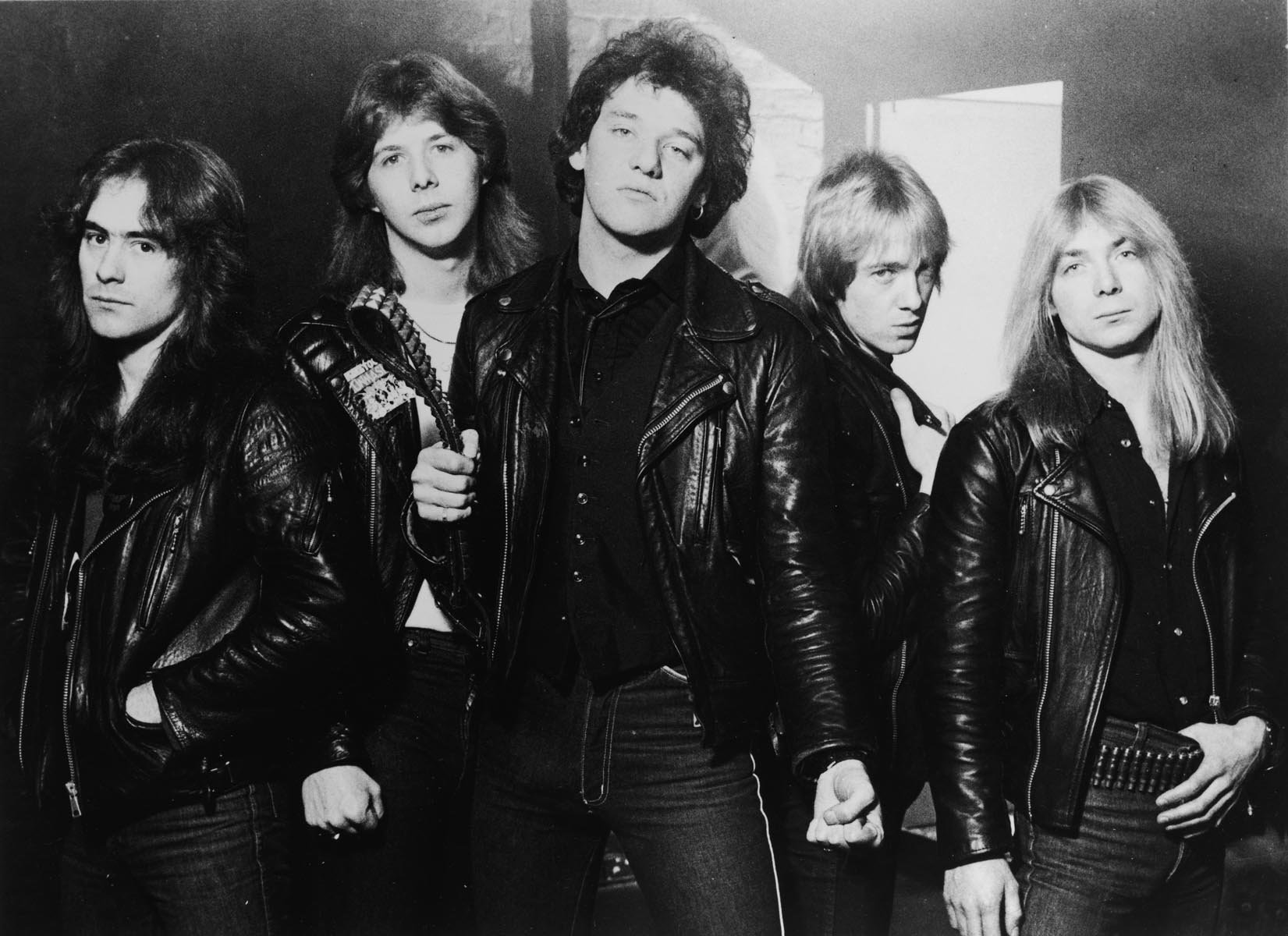 On the subject of lyrics – or lack thereof – “Genghis Khan” has stood the test of time as one the greatest epic story that MAIDEN never told, because this frantic and marching number unexpectedly does not tell the tale of the Mongolian warrior. It’s an instrumental song, played at 100 miles per hour on the rare occasions that the band brought it to a live setting. Clive’s busy cymbals provide the perfect backbeat for the razor-sharp twin guitar assault here, but for a band that would become so obsessed with songs about war, it seems intriguing that no lyrics were added. Maybe their urgent dreams of world domination did not wait until a full concept was developed, or maybe they actually wanted an instrumental track at this point of the record.

What would be conventionally called “Side B” kicks off with the title track, a pattern that repeats itself on the follow-up “The Number of the Beast”. One wouldn’t be at fault for saying this is Paul Di’Anno’s defining song, as it encapsulates all his talent in just under 5 minutes of vertiginous plowing. That ominous intro, with Harris’ pulsating bass, one guitar with gentle strums while the other riffs on, and Paul’s desperate crooning on top, would never be duplicated by MAIDEN in any of their songs before or since. Out of curiosity, “Killers” had different lyrics on its verses through the years, and that can be perceived when comparing the live version from “Maiden England” versus the studio one.

Coming up next is another unique feature in IRON MAIDEN’s vast discography, a full-on ballad in the form of “Prodigal Son”. Well, technically it’s not a ballad per se when one considers how the protagonist here seems tormented by nightmares and demons, but the folky rhythm and Adrian’s bluesy and emotional solo bring also an evocative feel to this song, one of the few that hadn’t been written years prior to the recording of the album.

An unusual choice for a single, “Purgatory” is a faster re-arrangement of one of the band’s earlier songs, entitled “Floating”. The original concept of this song’s artwork was deemed too good to be used as the cover on a single release and would be kept for “The Number of the Beast”. Curiously, the first album single, “Twilight Zone” – which also became the first IRON MAIDEN cut penned by Adrian Smith – was originally released as a non-album single in the U.K., so it was not included in the original track-list of “Killers” outside the U.S. It had “Wrathchild” as a B-Side, or, as Steve Harris defined it, a “Double A-Side”. Another track that appeared on selected issues of the album was “Women in Uniform”, a cover of the Australian band Skyhooks, which somewhat started the band’s tradition of putting together renditions of obscure songs and make them their own. “Women in Uniform” blends in so well with the rest of the album in terms of composition and sound, that it’s hard not to confuse it with original material.

Closing “Killers” is “Drifter”, ending our protagonist’s journey on a higher note, mentioning that “there’s a cure” and that “it’s gonna be a new day”. Placed at the tail end of the band’s live set, Paul would engage with the crowd with a call-and-response that would be multiplied tenfold in future tours. 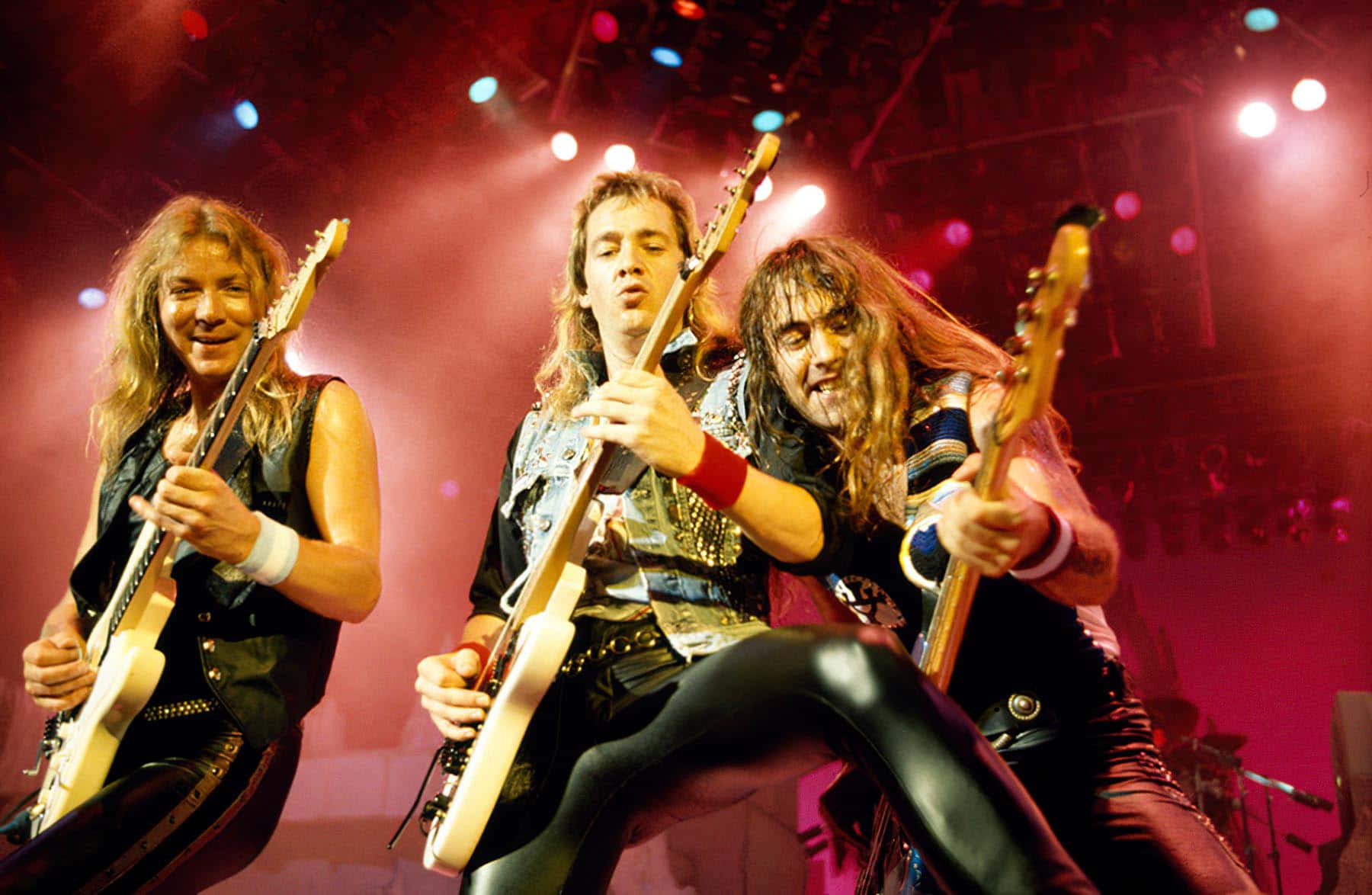 Recorded in a mere three months – a stark contrast with the laborious effort that would entail the making of the future albums – “Killers” was released in a day like today (February 2nd, 1981), and reached no. 12 on the UK albums chart. The artwork was created by Derek Riggs, and looked like an expansion of Eddie’s saga – he’s seen holding an axe, with his victim helplessly holding on to his shirt after being stabbed. The London night scenery has the Ruskin arms in the background, one of the places where MAIDEN consistently played in the early days. The original painting, done in a type of watercolor called designer’s gauche, was 12-and-a-half inches square, and took Riggs about a week to paint. It remains one of Derek’s most celebrated works, and its grit perfectly matches the band’s evolving sonic footprint at the time.

In true MAIDEN fashion, the band went on a tour of biblical proportions to promote the album: a total of 119 shows were played between February 17th and September 10th, with barely a moment to breathe and a rare day off every now and then. This would take a toll on Paul Dianno’s mental health, and Steve and manager Rod Smallwood were met with the difficult decision of sacking a member at the end of a victorious touring cycle, one that saw the Brits scoring their first North American Tour and visiting Asia. For Dianno the writing was on the wall: his persistent drug use and scattered troubles with the law only served to cement the looming decision, as the MAIDEN engines were far past beyond the stopping point. Bruce Dickinson would leave SAMSON and join the band for a handful of dates between October and December in Europe, and the rest is history.

Sandwiched between their mercurial debut and the genre defining “The Number of the Beast”, “Killers” gets a bad rap and is often seen under excessive scrutiny. At the time of release, Sounds Magazine said it was “Well dodgy, more of a failure than a triumph”. While it doesn’t have the same raw energy of the debut or the melodic sensibilities of subsequent albums, it  marked the transition from the punk-edged debut album to the traditional heavy metal sound that began with its successor, planting the seeds of what MAIDEN would become, while at the same time showing a more progressive side of their compositions, one they would continue developing through the years. The telepathic understanding between Murray and Smith, Steve’s trademark galloping basslines, Paul’s suitable voice and Clive’s refined drumming touch have room to shine in just over half an hour, and this alchemy would never again be repeated. The band seems to agree with the critics, with only “Wrathchild” being consistently played live. If you haven’t done it lately, go and dust off that CD or record from your collection, and give it another spin; and tell us how you think it stacks up against the rest of their catalog.

Leave us a comment below, and tell us which album’s anniversary we should cover next!