Apocalyptic visions are nothing new or rare in music, especially in metal and prog-rock.  But in 2012, a multinational band called Affector took things in a somewhat different direction.

The album was called Harmagedon, and it was a biblically-based account of the end of the world—and beyond.  The words, the accounts, were directly taken from the Scriptures (especially the Book of Revelation) and given a modern music patina.  Intricate rhythms, hummable melodies (with a Middle Eastern touch) and a powerful beat got the heartrate up, even for some folks who found the words a turnoff.  And while much of the album was about gloom and doom, there were moments of hope and deliverance, especially in the closer “New Jerusalem.”

A multi-national effort, Affector was comprised by drummer Collin Leijenaar (Neal Morse, Kayak), bassist Mike LePond (Symphony X) and Ted Leonard (Spock’s Beard, Enchant) bringing the words to life.  And then there was the revelation (pun intended) of German guitarist Daniel Fries, a virtual unknown.  In one of those “too strange to believe” stories, Fries went to a Neal Morse concert in 2005 and slipped a tape of his work to Leijenaar, who loved it and promised that the two would together at some point.  That point came years later with Affector (as in music of a person or group that affects people). And when the time came to record, the band got a little help from friends Neal Morse, Derek Sherinian, Jordan Rudess, and Alex Argento (who all contributed keyboards). 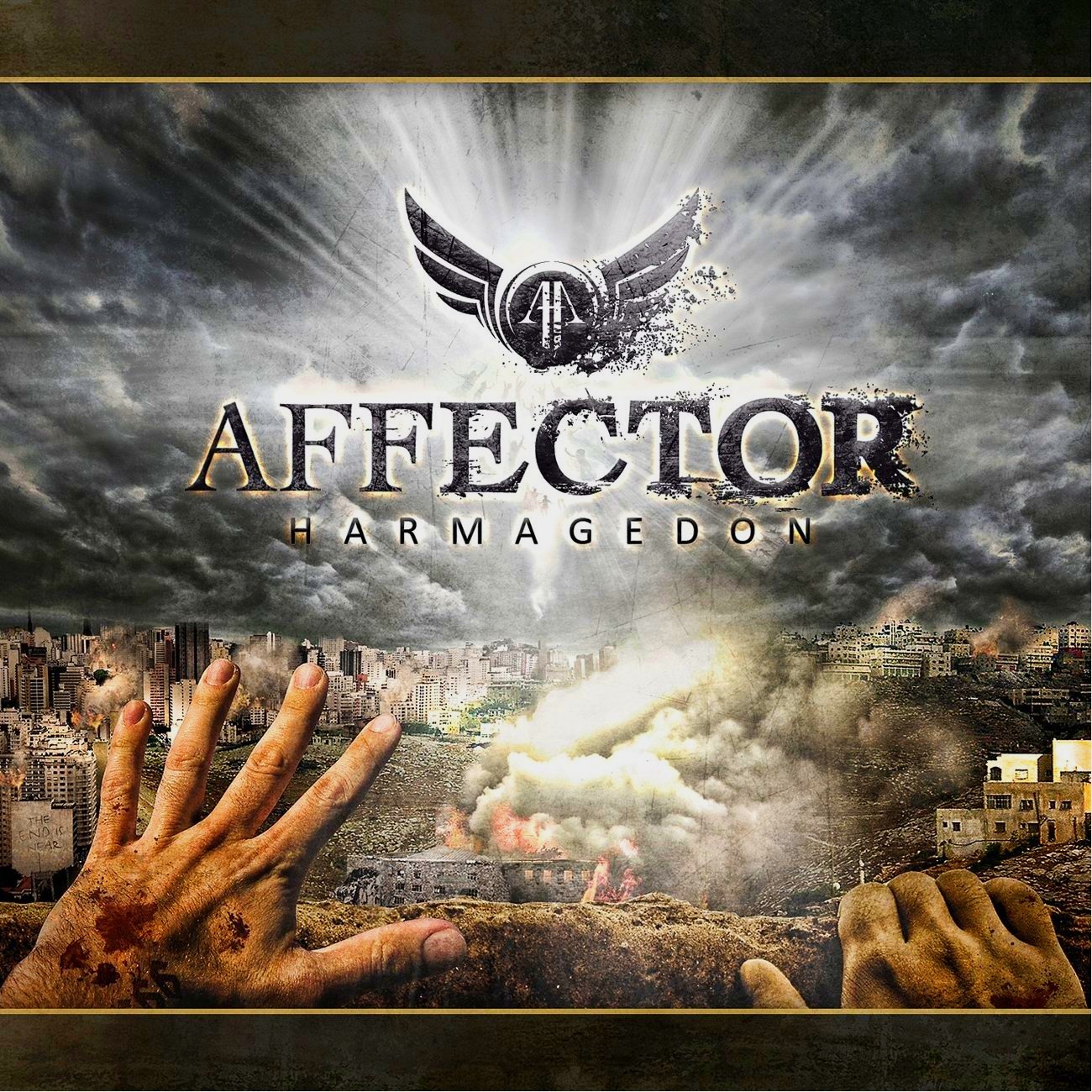 It didn’t hurt that the musicianship was top-notch.  Harmagedon flows in an impressive fashion, delivering the sort of technical showmanship and complexity we have come to expect from the progressive metal style, paired up with some surprising beauty. The drums are double-bass laden yet jazzy. The guitars are clean on the high end but incredibly distorted and heavy when playing power chords. The band managed to make their instrumentation beautiful, with skillful passages, and technical arrangements all melted in a very convincing manner for all prog-metal fans. Perhaps for the first time ever, former and current Dream Theater keyboardists, Derek Sherinian and Jordan Rudess, appear on the same studio album. Their distinctive playing styles lend the album variety and depth. Rudess‘ solo in the title track screams “Scenes from a Memory” while Sherinian plays two, not one, leads on “Falling Away & The Rise of the Beast.” Stylistically, Affector were certainly not busting down any doors and shaking the progressive world, but it was difficult not to love their sort of mind-bending progressive metal that has kept proggers on their toes for a good couple of decades.

Harmagedon production very much resembles the Spock’s Beard releases, which is no surprise given it was mixed and mastered by Rick Mouser (Neal Morse, Transatlantic). Also, the beautiful orchestral arrangements and instrumentation is the product of a real orchestra, the Polish Sinfonietta Consonus. The opening strings sound so real and organic; you’ll immediately tell they’re not synth generated. The extended edition included acoustic versions of the title track and “New Jerusalem,” giving those songs an entirely different feel and impact. Affector rapidly increasing fanbase clamored for more, but in vain; the band members all had other obligations and geographical distances made it tough to collaborate or play live. Fast forward to 2018 and a new Affector single: “Maranatha” has seen the light of day.  Well, maybe not exactly new.  The band put it together during the 2012 sessions but didn’t release it until now.  It didn’t seem to fit the flow of the album, either thematically or musically.  But it’s worth the wait. You can check the song on iTunes at this location.

“Maranatha” (which roughly translates to “our Lord has come” or “our Lord is coming”) is a straight-ahead arena rocker.  “Praise the Lord,” Hallelujah,” “Maranatha,” and “He is my Savior” are repeated over and over, almost like an ancient Jewish chant.  It’s all very simple and yet not in the least simplistic.  It’s memorable and catchy and fist-pumping; there’s no affectation in this one.  The true believers—in Jesus and/or Affector—will find renewal in this one.

Let’s be real.  Affector isn’t for everyone.  The lyrics in particular will limit its metal/evangelical efforts; a segment of folks will be repelled by the Christian message.  But for those others, those of faith or who simply like a great band, they will find themselves affected by Affector.