When it rains, it pours. And the heavens opened thirty years ago today when Flotsam and Jetsam released “When the Storm Comes Down” as the next step in cementing their legacy. The band was riding high on the excitement of being signed to MCA Records in the prior year, and were ready to push into the 90s with the certain triumph expected by their third full-length album. Their sophomore offering “No Place for Disgrace” had been released two years earlier, an album which had been met with an exceedingly warm reception from fans and critics alike.

This wave of enthusiasm gave Flotsam and Jetsam a strong push towards the burgeoning fame of the era’s early thrash metal acts, and put their name on the list of bands to watch over the coming decade. With two solid releases setting the stage, “When the Storm Comes Down” was poised to be the fuel which would perpetuate the momentum Flotsam and Jetsam had spent half a decade building. The record was bold for its time, and represented a strong step in moving the band forward such that their sound would have no fear of stagnation. Most importantly it pushed the members to broaden the spectrum of their sound, encouraging musicianship that made the heavy thrash licks more accessible and more melodic than before. A strong presence of groove and emerging power metal textures broadened the variety the band offered to their listeners, including moments where the album slowed down to a whisper of the speed that “No Place for Disgrace” had delivered.

“When the Storm Comes Down” was a clearly appropriate evolutionary step for the opportunity to break apart from the thrash-metal pack, but it was received by a world that still shied away from change, and had no prescience to see where the future would take the genre they were learning to love.

Where “When the Storm Comes Down” suffered is a point of pain that a million voices seemed to scream to the point of exhaustion: production. In the day, it became the album everyone loved to hate. The noses that turned up at a muted guitar and weird sounding drum snare began to dig into the very nature of the tracks themselves, unaware that they were looking at a sound that would come to define the future for thrash metal. A slew of mixed reviews persisted even as the band toured for almost two years in support of the album, playing on stages alongside the likes of Testament, Savatage, and Prong. Given the many strengths of “When the Storm Comes Down,” this is undeniably where Flotsam and Jetsam belonged at that time, and it was on those stages where their early work was best allowed to prosper. 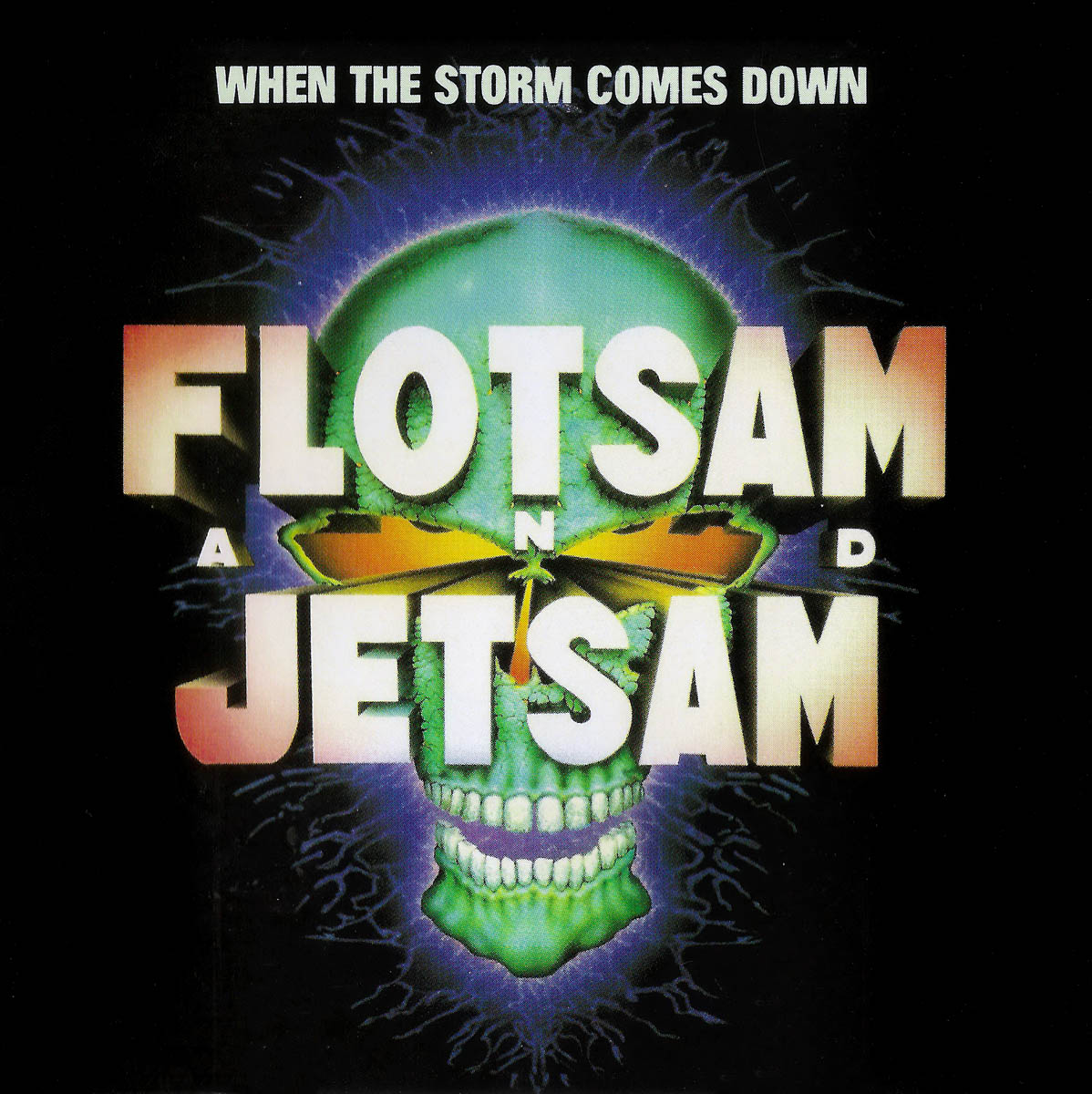 Flotsam and Jetsam had taken the first steps in blending the brighter melodies of power metal with the speed of thrash, giving contrast to the heavier riffs that give the album its teeth, particularly successful in “October Thorns.” And it offered a mix which allowed Troy Gregory’s bass to shine with definition earlier albums had not afforded, including a notable funk outro on “No More Fun.” But when it comes to the overall architecture of “When the Storm Comes Down,” the most successful risks taken by Flotsam and Jetsam reside like hidden gems between the more straightforward thrash tracks.

One such highlight of this venture into experimentalism was “E.M.T.E.K,” a track which strayed in the vein of the increasingly popular power ballad without ever losing the edge Flotsam and Jetsam had grown so fond of. Including injections of acoustic tenderness between an onslaught of percussion gives the song an unexpected dimension of warmth, and a quirky tone which shone through the deficiencies in the final production. Both “E.M.T.E.K.” and “Suffer the Masses” hover around the six-minute mark, demonstrating a flexibility and creative dexterity that put Flotsam and Jetsam ahead of their time, particularly for an identity already staked so strongly in the roots of thrash. 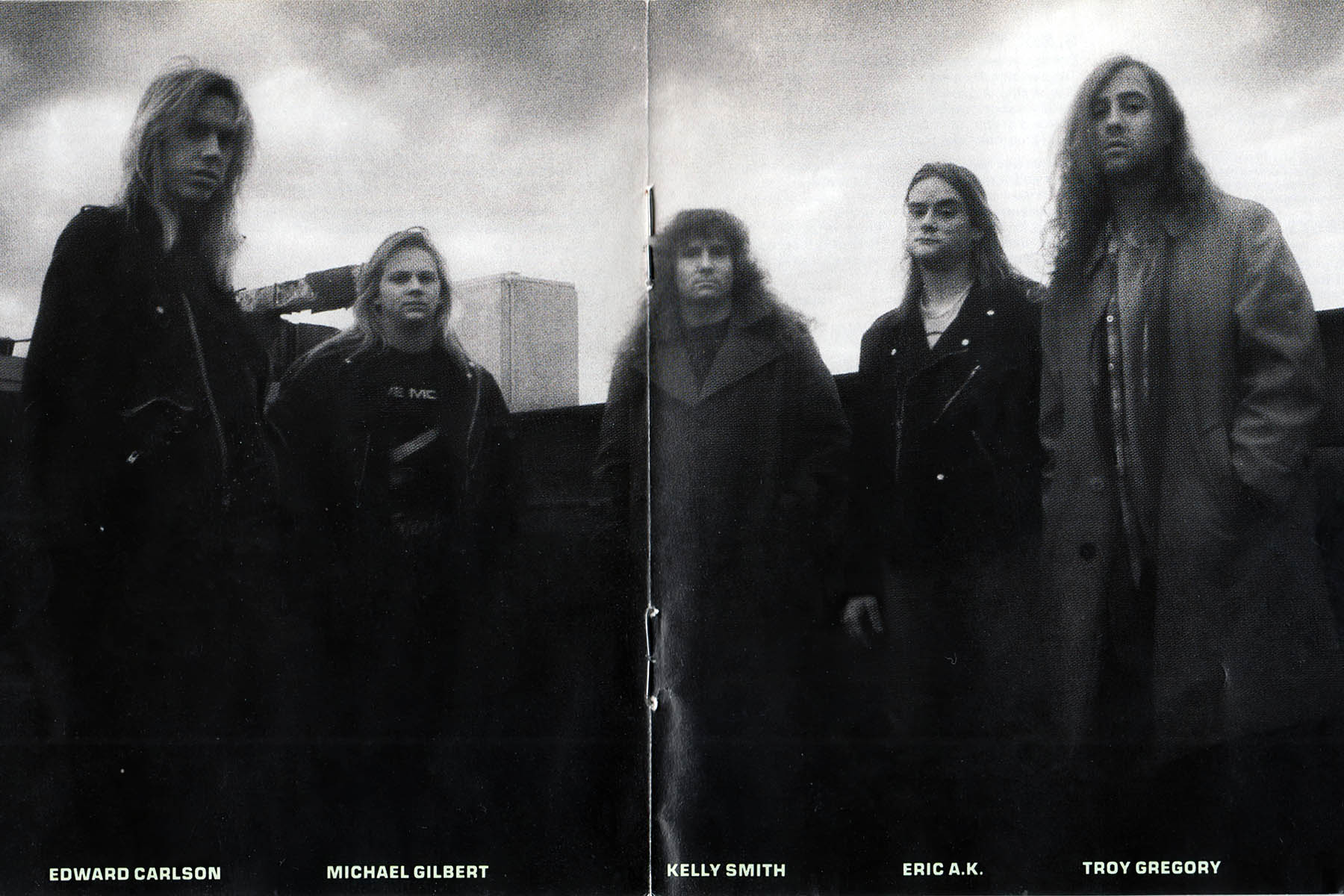 This was a band that had discovered sorely needed nuance in thrash metal, and were ready to open their arms to a broader audience. With decadent grooves layered between hard-hitting riffs, “When the Storm Comes Down” laid the foundation for a sound that could garner widespread appeal without ever losing the band’s iconic speed-fueled bite.

Moving into 1991, Flotsam and Jetsam saw changes which closed the chapter on “When the Storm Comes Down” and opened the door to the more widely appreciated “Cuatro” in 1992. Those two years included not just extensive touring, but the loss of bassist Troy Gregory as he took on a position in Prong. This transition marked the beginning of a period that would see three albums released with a consistent lineup as the year 2000 approached, and gave the band even more room to refine their sound and cement their legacy as a strong and immovable centerpiece of early thrash to the present day. Even as critics still snub the imperfections of “When the Storm Comes Down,” it seems that rainbows do follow rain, for the successes of the subsequent thirty years have shown Flotsam and Jetsam incapable of surrendering. 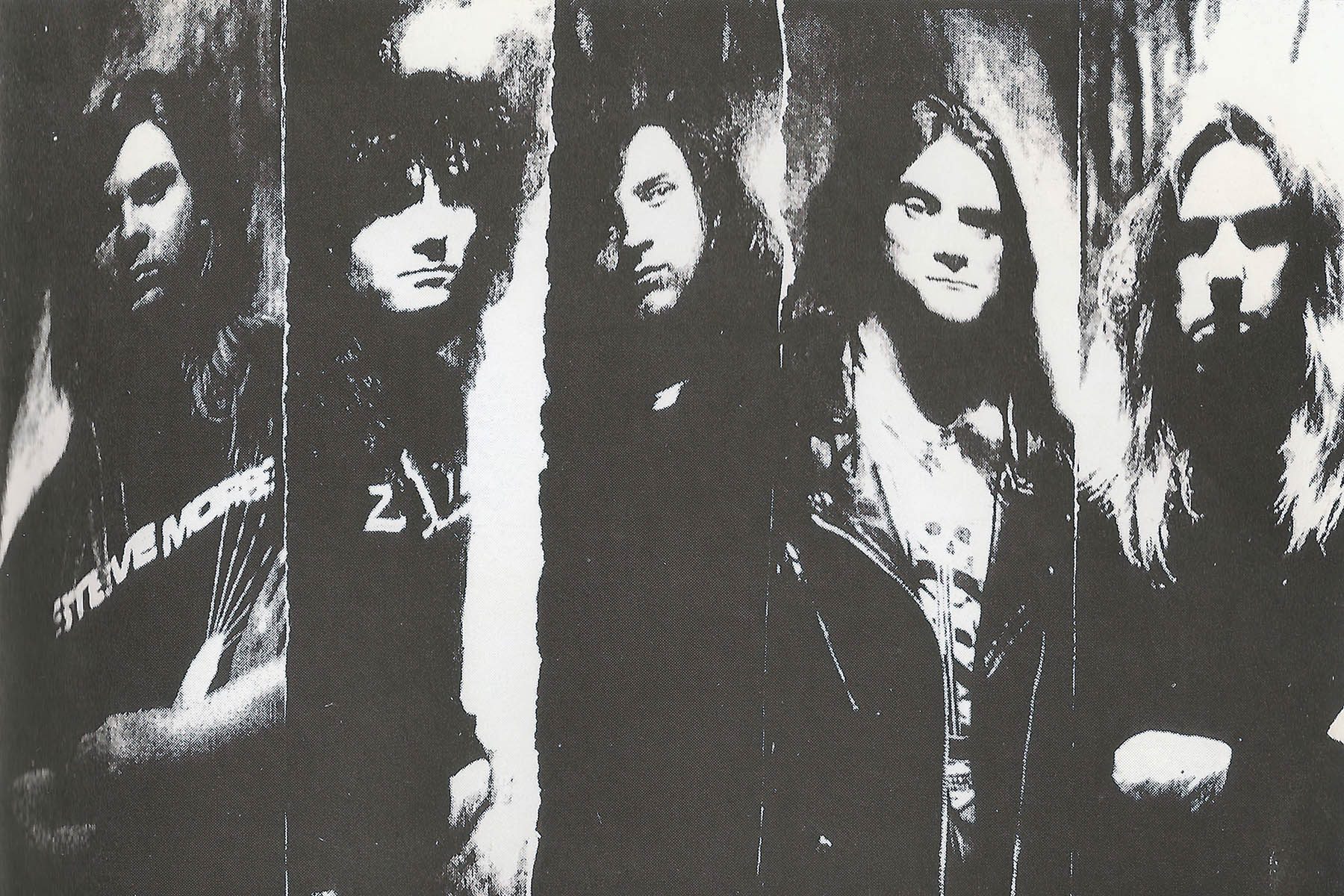 Nowadays, when Flotsam and Jetsam take the stage, anthems from “When the Storm Comes Down” are met with raucous applause and cheers. The song “Suffer the Masses” regularly finds its place in the set-list rotation despite more than fourteen albums for the band to choose from, it’s refrain rising with the strength of hundreds of voices singing together alongside longtime vocalist Eric “A.K.” Knutson. It was a song that was crafted from the political tension and worldwide chaos of 1989, but its themes have transcended the boundaries of time and found a home in the hearts of the present day. On the modern stage with a passion and energy that matches that of the youth which produced these choruses, “When the Storm Comes Down” is greeted with the love and recognition that it was rarely afforded in the band’s early days; definitely leaving mere whispers of the shadows that tainted its early reception.