If you landed in this article without reading the first part, you can do so by visiting A Year In Review: The Best Progressive-Rock Albums of 2017 – Part I 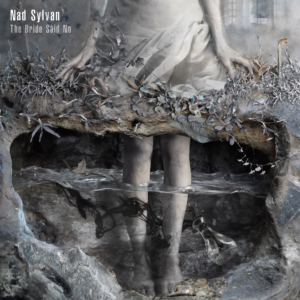 Nad Sylvan‘s larger than life persona translates easily into the music he creates. With “The Bride Said No” he built upon the success of his earlier release “Courting The Widow”, serving up an intelligently woven amalgam of fresh and exciting ideas, paired with incredibly strong performances by an all-stars cast of musicians; resulting in a wonderfully melodic and hauntingly good crafted brand of progressive rock. Retaining the almost musical theater feel of his previous solo album, yet sounding cohesive, adventurous and inventive, we see him both indulging in his musical roots while simultaneously shedding its skin; conjuring the ’70s prog while nodding the ’80s and the ’90s. The sultry ballad “What Have You Done” is a timeless piece of brilliance featuring a long and passionate Steve Hackett‘s solo followed by a patented Guthrie Govan scorcher that smolders like phosphorus, with the soul exuding from the notes filling the room with emotions.  Inspired art and poetic songwriting united in a true listening pleasure. (You can read our own review of this album here) 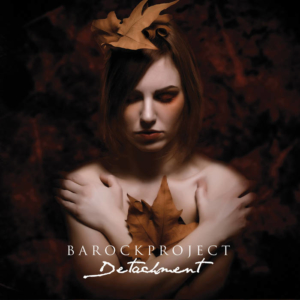 Without a doubt one of the highest profile prog-rock bands hailing from Italy of the modern era, there’s very little to associate Barock Project with much of the pure Rock Progressive Italiano sound. With “Detachment” Luca Zabbini his partners in crime have fused a wide range of rock, pop and even heavier styles to ambitious orchestral arrangements, all coated in impeccable and varied instrumental arrangements, killer choruses and an overly polished production. The music is also constantly optimistic and loved-up, and it refuses to merely be a retro throwback by fusing vintage elements into a firmly modern style. Progressing yet stating somewhat true to their own style, “Detachment” is a firm musical statement, oozing oomph and dynamism in a flawless musical delivery. Barock Project have absolutely delivered another crowd-pleasing collection of music here and we can’t wait to see what the future has in store for them. (You can read our own review of this album here) 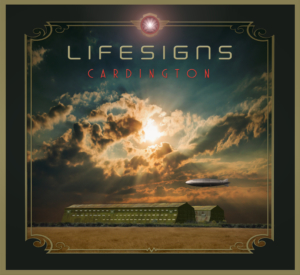 Without even slightly compromising their prog-rock sensibilities, Lifesigns have, in “Cardington”, created a mouthwatering rock album that is undeniably listenable and accessible at the same time. Fiercely independent, they neatly avoided the traps of tired-sounding neo-progressive cliches, and channeled elements of AOR and soft-rock into their own brand of “modern progressive rock”, which sometimes feels cinematic and sometimes catchy but always melodic, and filled with huge emotion. Definitely ethereal and unpretentious, full of subtle textures and complex soundscapes flowing underneath beautifully appealing melodies, “Cardington” is not your same old classic prog-rock production, but a magnificent record that has deservedly brought Lifesigns the commercial success and recognition they so richly deserve, with high chart positions and satisfying sales numbers. Lifesigns has concocted with “Cardington” some of the most wonderfully harmonious progressive rock you will ever hear. (You can read a detailed review by our friends from The Prog Report in this location)

6.  Discipline – Captives of the Wine Dark Sea (The Laser’s Edge) 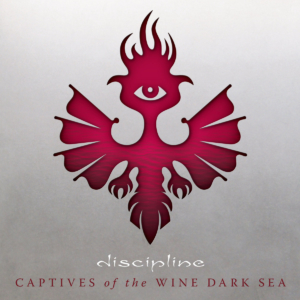 Absent from the studio since 2011’s “To Shatter All Accord” Discipline finally returned to the progressive-rock scene this year. After that six years period of dormancy “Captives Of The Wine Dark Sea” finds the band probably at their pinnacle, creating another engaging, majestic, somewhat provocative and fascinating album. Melancholy, moody, intense and reflective, the music channels and modernizes the gloomy flair of Peter Hammill & Van Der Graaf Generator, the plummy drama of Gabriel-era Genesis, and the hypnotic counterpoint of 1980’s King Crimson. The nearly ten-minute long album opener “The Body Yearns” offers a prime combination of drama, braininess and a surprisingly catchy melody into an entity carried by a melancholic piano melody and Matthew Parmenter’s incredible vocals; and the record climbs up from there flowing with more than forty-five minutes of polished, and theatrical sound that resides strongly in the modern era while recalling the forgotten days of the genre. (You can read a review by our friends from Proglodytes in this location) 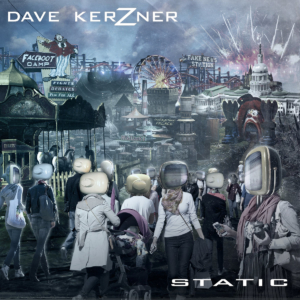 Dave Kerzner has been on the periphery of Prog-Rock stardom for some time, and 2017 was the year in which he broke through and stamped his authority, shedding out the Pink Floyd sound-alike references of those considering him a purveyor of prog nostalgia. Edgier, darker and more complex than his debut album “New World”, “Static” is a definitive statement of intent from Kerzner: some will still say the album is permeated by Floydish landscapes – the McBroom’s sisters distinctive vocals and Kerzner’s own vocal phasing that resembles Gilmour’s voice – but “Static” is a far more densely woven piece of prog fabric: one that unmistakably shows how true musical talent, shaped by all the best musical influences, can be put in the service of stunning original compositions. Kerzner created an angular and psychedelic colored musical manifesto that grows with every minute, culminating in the 17-minutes-long epic “The Carnival Of Modern Life“, which blends an eclectic flow and a wondering mixture of sounds, closing in a grandiose ending permeated by brilliant and beautiful guitars full of drama and contrast.  An intriguing and impressive piece of work that, just like its conceptual predecessor, will reveal its true beauty after various turns. (You can read our own review of this album here)

4.  Rikard Sjöblom’s Gungfly – On Her Journey to The Sun (InsideOut Music)

Most people might currently know Rikard Sjöblom as multi-instrumentalist with Big Big Train, but he was also the driving force behind the wonderful Beardfish for 15 years before the band unfortunately came to an end in 2016. He has now somehow “resurrected” (for the lack of a better term) his less-progressive musical outlet Gungfly and the “On Her Journey to the Sun” is the first album under the moniker Rikard Sjoblom’s Gungfly. This record is an invigorating and emotional listen that pushes the boat out on what is considered modern-prog, chock full of adventurous writing and varied with lots of musical ideas coming through, always retaining a slightly jazzier edge. Where the album really shines, is in the unmatched songwriting that signals Rikard Sjöblom as a very gifted composer and performer. Highly melodic, with an ear for a good, catchy and simple hook, he manages to offset the intricacy of the music on display. One minute you are moved by a thoughtful lyric, the next he is pulling all the stops in a Zappa-infused jazz prog epic like ‘Polymixia’. Fiercely progressive, and overpoweringly melodic, “On Her Journey to the Sun” a stunning trip, full of emotion and backed up by enthralling performances, one that will challenge your prog-rock understandings. (You can read our own review of this album here) 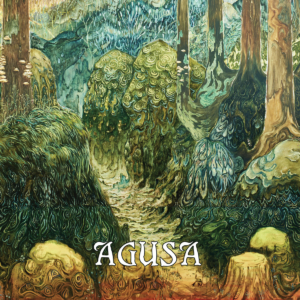 On their third studio album, the Swedish return to the duration of their –already legendary– first album, but style-wise they keep walking the prog-folk path of their second one. “Agusa” sees the band delivering their singular brand of, trance-inducing, folk-inspired, occult rock through more traditional track lengths, offering five songs which range from five to ten-and-a-half minutes in length and are a bit heavier than the album’s predecessors. The record flaws without a hitch, unleashing the beauty of the melodies by intertwining organ infused brooding atmospheres with sizzling wah-wah guitar solos and some spacey Pink Floyd-meets-Hawkwind passages; all performed so sweetly by the musicians leave no other choice to the listener but revisiting the album again and again. This is really powerful, majestic, and thought provoking stuff, and you have to give huge amounts of credit to an instrumental band who can take you on a journey and tell a tale without the use of vocals. Filed under must listen. (You can read our own review of this album here) 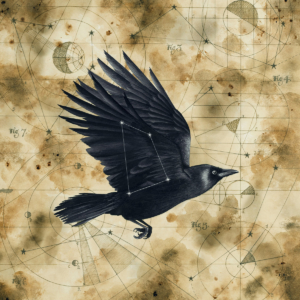 Taking full advantage of their current resurgence in popularity, Greg Spawton’s cohort of progressive-rock storytellers released no fewer than two albums (and a Christmas single) in 2017. “Grimspound”, the second release, proved just how prolific and accomplished this outfit are. Packed with pastoral proggy tales, the album entrenched Big Big Train as members of the most revered elite of Prog. The musicianship is jaw-dropping excellent, proving that time, longevity, and a strong collaborative group with ambition can soar to unlimited heights. Filled with flash, bombast, and pomp, it never once becomes pretentious – the lyrics are witty, filled with wordplay, and the flowing itself is incredibly tasteful. They don’t simply create music, they weave intricate and yet amazingly accessible melodies around factual and fictional tales, to deliver an deeply engaging and riveting spectacle that stays with you forever. ‘A Mead Hall In Winter’ leaps out as one of the best epics of the year, by any band. (You can read our own review of this album here)

You can find out which album took the first spot in our list of progressive rock albums of the year by visiting A Year In Review: The Best Progressive-Rock Albums of 2017 – Part III (Final)